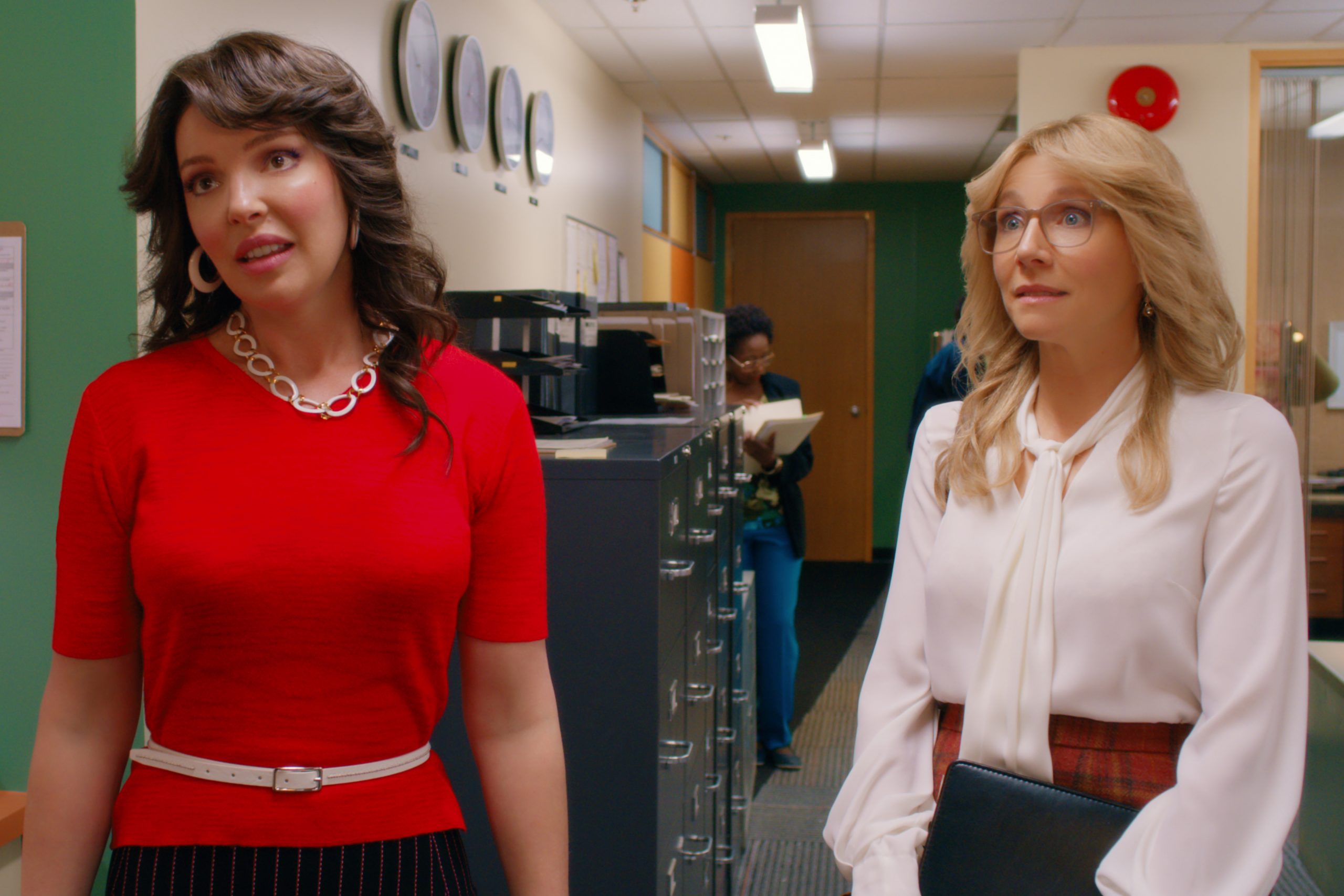 Lifelong friendships are an interesting thing. The people who’ve known you continuously for decades, and I don’t mean the people who wafted in and out or hit you up on Facebook after a decade–I mean the people who were there the whole time–have a unique perspective on who you were and who you became. Firefly Lane, based on the novel by Kristin Hannah and premiering Wednesday on Netflix, is a drama series about a decades-long BFFdom headlined by Katherine Heigl and Sarah Chalke and set over a span of 30 years, beginning when they become neighbors and unlikely allies in 1983.

Heigl is Tallulah, or Tully, the daughter of Cloud (GG2D‘s Beau Garrett), a late 60s wild child who periodically left her with her own mother for long stretches. Chalke is Kate, who lives in a traditional household with her parents and older brother and happily immerses herself in her books.

The girls meet at 14, when Tully (Ali Skovbye) is upended once again and her mom moves them across the street from Kate (Roan Curtis). We never quite learn what Cloud does for money, so their arrival in a middle class neighborhood where the houses have some land–and Kate has a horse–is a mystery, but go with it.

Initially shy about engaging with one other, the two find an opening, and then become inseparable–Tully brash and fearless to mask her lifelong, yet historically rational, fear of abandonment, and Kate self-deprecating and semi-content in Tully’s shadow–until she isn’t.

Taking a page from This Is Us, the action frequently, and seamlessly, jumps between decades–in the 90s, the duo are budding journalists, and by 2003, Tully is a household name with a Wendy Williams-esque talk show and Kate is raising a teenage daughter, for whom she took an extended work hiatus. Now on the brink of a divorce, she’s ready to re-enter a much different world of journalism.

And that’s just the basic setup. Throughout the first season, we watch the girls, and then, women, lean on and fight with each other during the best and worst moments–some of which the other sets in motion. There’s also a bit of a mystery that threads the episodes as we’re teased out just enough to keep us engaged.

Heigl and Chalke play the women from their 20s through their 40s and have a ball with the hair and wardrobe and the music and each decade’s respective “isms.” On paper, I’m a little younger than these characters are, so close enough to fully recognize and remember the hat tips to each era. They’re also very good together as two friends who you believe have been each other’s touchstone, keeping them grounded and sane for four decades.

Created by Witches of East End‘s Maggie Friedman, it’s a fun and poignant watch, and bonus for me, was filmed in Vancouver so I loved all the location shots–both adult women have homes with astonishing views of the city and water–and the Canadian recurring and guest cast, like Brandon Jay McLaren as Kate’s PTA crush, Travis, and Chelah Horsdal and Paul McGillion as her parents, Margie and Bud.

Photos and videos courtesy of Netflix.