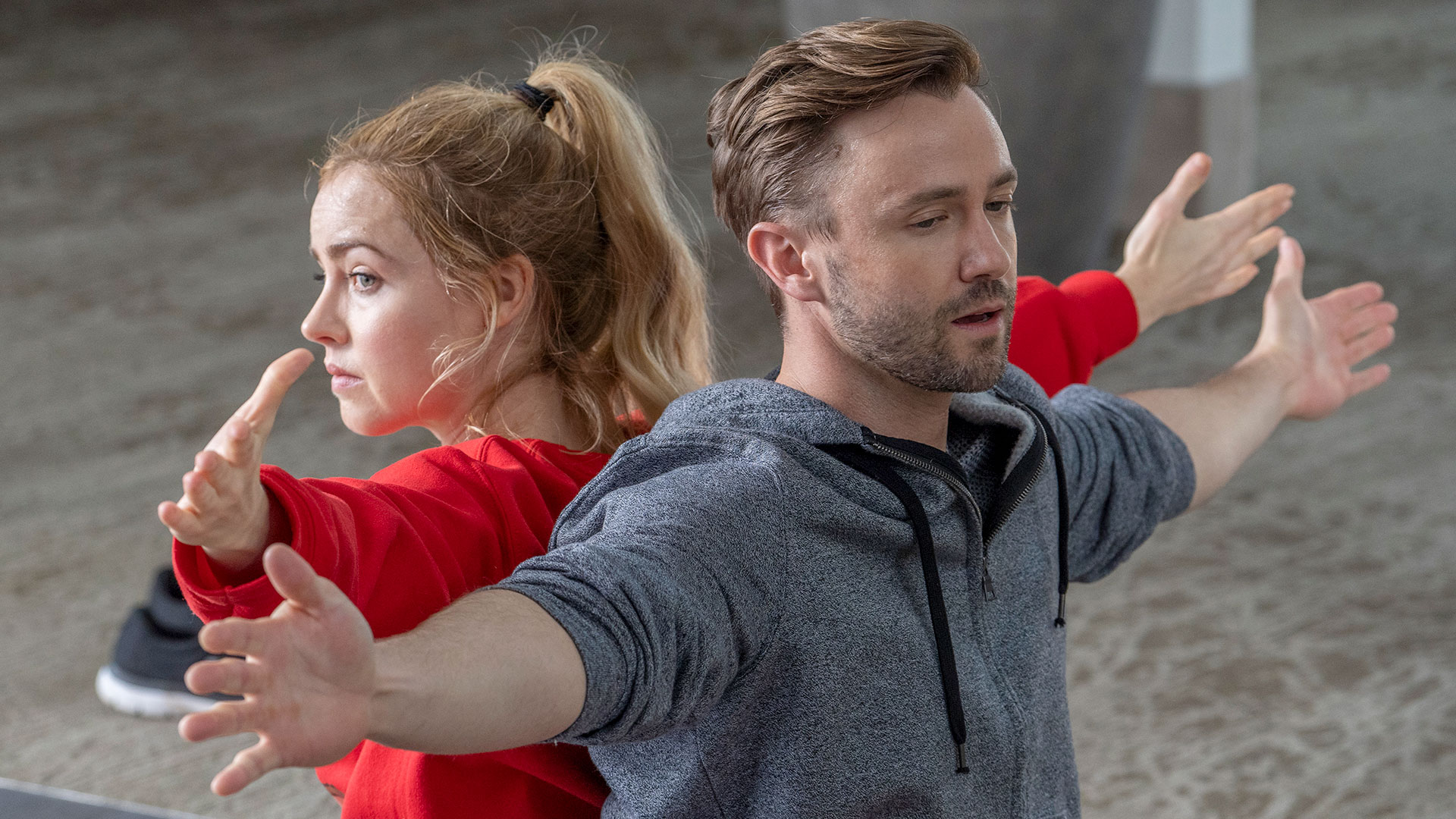 I’m always intrigued when certain movies make the path to US television while others don’t. Case in point: Romance Retreat is a 2019 romcom that Amanda Schull did a couple of years back, and when we chatted last month for Project Christmas Wish, she recalled that her husband had watched it on TV in Canada when they were based in Toronto while she filmed Suits. US audiences finally get a chance to see it this Sunday when UP Television premieres it at 7 pm/6c.

In the film, Schull is Dana, a workaholic reporter who can’t say no to a plum assignment, even when it means shoehorning it into what’s supposed to be a romantic getaway to a yoga retreat with her boyfriend, Jon (Cardinal‘s Eric Hicks). A few things happen pretty quickly–she learns that listening is fundamental when she packs for a beach retreat and instead finds herself at a Canadian resort, Jon dumps her as soon as he realizes she’s brought work with her, and she’s paired up with the only other solo attendee–Stefan (Morgan David Jones of When Hope Calls), a guy she had a random meet-cute with back in Seattle during a ride share.

Rather than turning around and hiking back to town, she decides to grit it out–“it” being decked out in a series of kitschy lost-and-found Canadian sweatshirts, yoga classes, vegan meals, no Wi-Fi, and sleeping in a broom closet. And then she finds out that she’s right where she needs to be, personally and professionally.

She and Stefan become fast friends and she soon warms to her eclectic mix of retreat-mates. The getaway also rewires her so that she pulls back from what looks like a slam-dunk expose and instead really looks at the big picture and both sides of the story.

It’s a fun, light movie, and I’m glad US audiences are finally getting to check it out. Steve DiMarco directs a script by Galen Gilbert and John Dion.

Romance Retreat airs at 7 pm/6c and 11 pm/10c Sunday night on UP Television. Here’s a sneak peek.