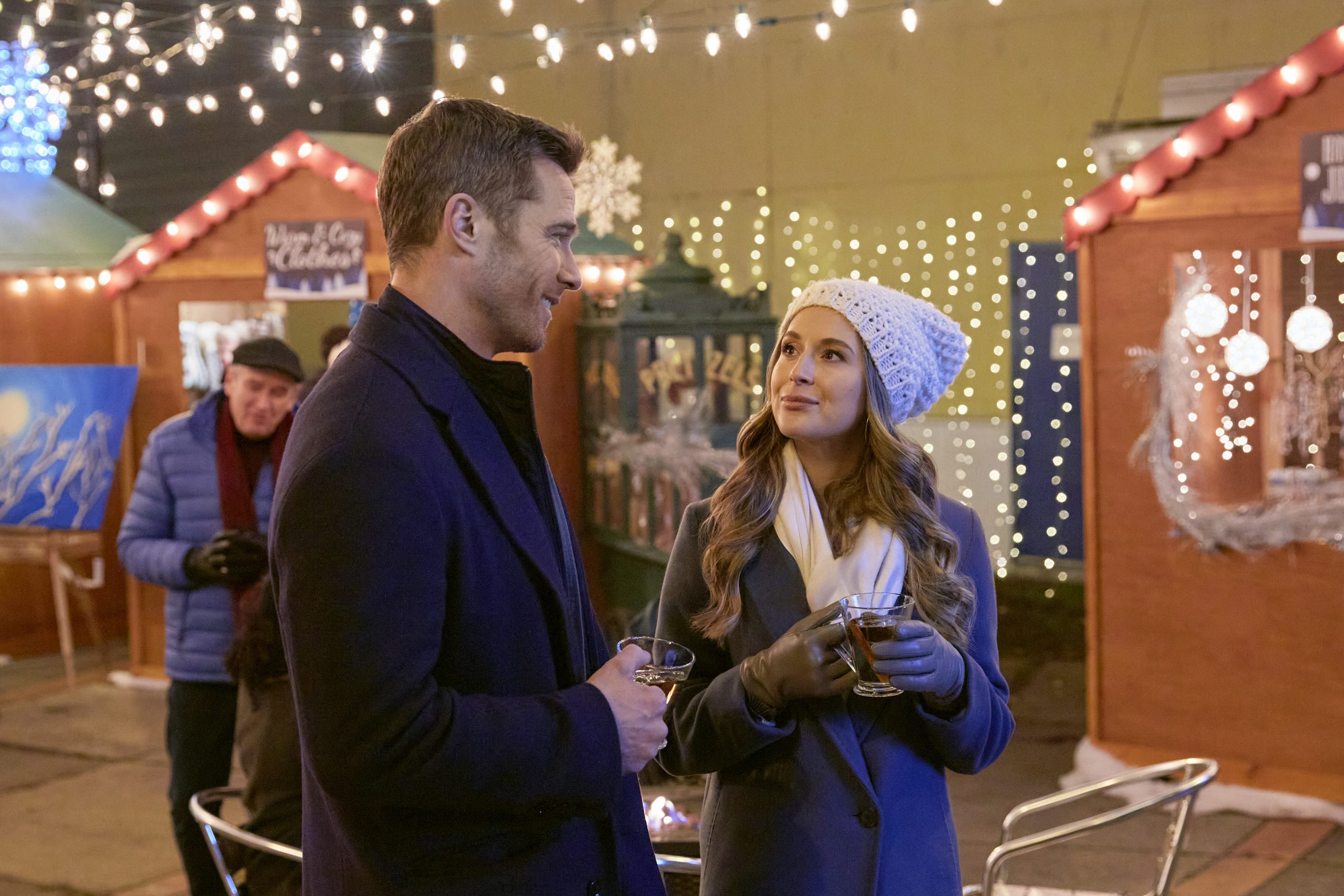 It’s only been two months since Luke Macfarlane was on our screens in Chateau Christmas, and this Saturday, he’s back to treat us again, in his first Winterfest entry since 2017’s Birthday Wish. Macfarlane co-stars with Alexa PenaVega in Taking a Shot at Love, the inaugural film in the rebranded “New Year, New Movies” quartet of premieres.

PenaVega is Jenna, a dance studio owner and ballet instructor who gains a surprising new student when her cousin, Terry (Kurt Long), a sports agent, sends Ryan “Coop” Cooper, one of his star athletes, to her as an unconventional means of rehab. A star hockey player, his light has been dimmed a bit by a nagging ankle injury that hasn’t quite healed. A former prima ballerina, Jenna healed from the same injury through ballet–and Terry has a light bulb moment that she can help Coop.

Initially reticent to branch out of her comfort zone, when Terry dangles a sizeable fee just as she’s facing a rent increase, she agrees to take Ryan on. What at first blush might seem to be a direct wink to The Cutting Edge, the movie has a different vibe altogether, which is actually a good thing and helps the story stand on its own.

Instead of being at odds with each other, Ryan and Jenna meet in the middle. He appreciates the athleticism involved in what she does, and what she gave up (and gained) when she switched gears, and she helps him look beyond the ice to recognize that he can can have a full life even if he never rejoins his team. While she’s on board to get him back in action, she’s also realistic that her plan will help him find the strength and balance to recover, regardless of whether he resumes his pro career.

Once he settles into the parameters of what she says she can do for him, he slows his pace down a bit, bonding not just with her, but with her friends and neighbors, Erin (Heather-Claire Nortey) and Matt (Andrew Dunbar), and student Felix (Nolen Dubuc), helping each of them realize their own potential, too.

Hallmark regular Kevin Fair directs a script by Laura Gasbarro Grant and Birthday Wish‘s Julie Sherman Wolfe. PenaVega and Macfarlane have a lot of fun here, and it’s nice to start the year with a lovely, light, and kind story about healing the body, mind, and heart. Those are always welcome. Because it’s winter-themed and was a Winter Fest entry before the rebrand, you can also still check several of those boxes on your leftover Christmas movie bingo cards.

Taking a Shot at Love premieres Saturday at 9 pm/8c (note the time) on Hallmark Channel. It’s also in rotation this weekend on W Network in Canada. Check the schedule for airtimes as there’s no assigned web page. In case you missed it, Macfarlane did a Facebook Q&A this week and PenaVega appeared on Home & Family last week. Here’s a sneak peek.