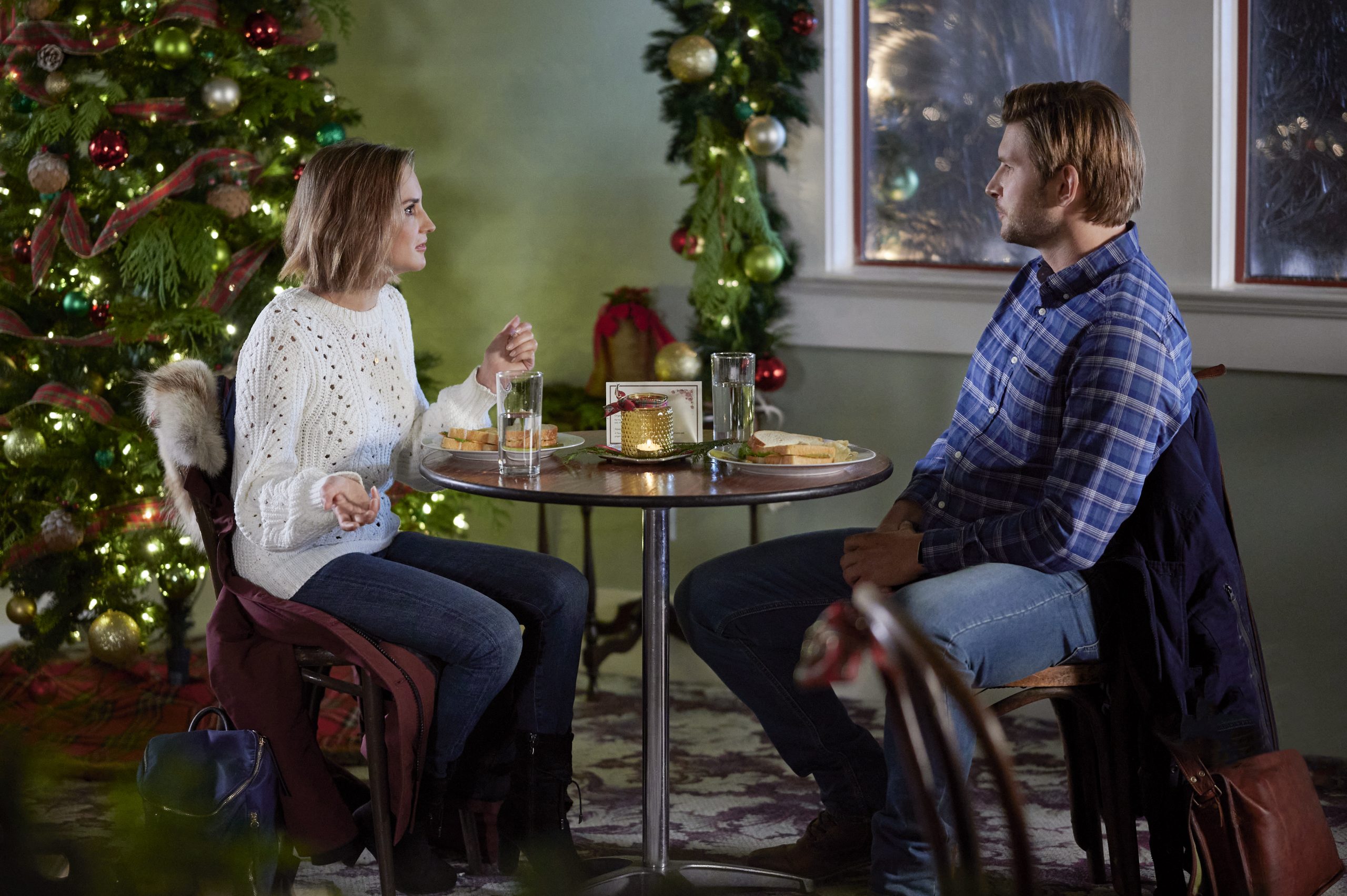 Hallmark Channel closes out its 2020 holiday movie season Sunday night with Cross Country Christmas, its final Countdown to Christmas premiere. Rachael Leigh Cook and Greyston Holt star as long-ago classmates who meet again when a flight they’re both taking home from New York to Colorado is grounded in Ohio for bad weather.

With a few days to get home, they embark on a Planes, Trains, and Automobiles-style adventure that’s grounded in Lina’s combination of boundless positivity and moxie–there’s nobody she can’t befriend. She finds a kindred spirit in Max. Her real-life bartering for rides and a roof over their heads as they work their way across the country synchs up with his app invention that’s built on bartering.

The mood on this one is super-light for most of the road home. They’re different personalities, yes, but they’re not really genuinely irritated with each other at any point. Max pretty much rolls with it and eventually caves in to Lina’s sometimes relentless pursuit of a silver lining. She’s determined to face and conquer every challenge, and then she learns that some are insurmountable and you have to live with them–there is no fix.

It’s a very fun, and welcome, movie to close out the season. Cook is of course a Hallmark regular, but this is Holt’s first film for the network since 2014’s The Christmas Secret, and he also starred in the Country Christmas trilogy (so he’s cornered the market on Country and Christmas paired in film titles), which aired its third installment earlier this season on UPTv. In a fun bit of timing, his Bitten co-star, Laura Vandervoort, had her own Christmas movie, A Christmas Exchange, premiere this weekend, too.

Cross Country Christmas premieres at 8 pm/7c Sunday on Hallmark Channel and repeats throughout the holidays. Here’s a sneak peek.