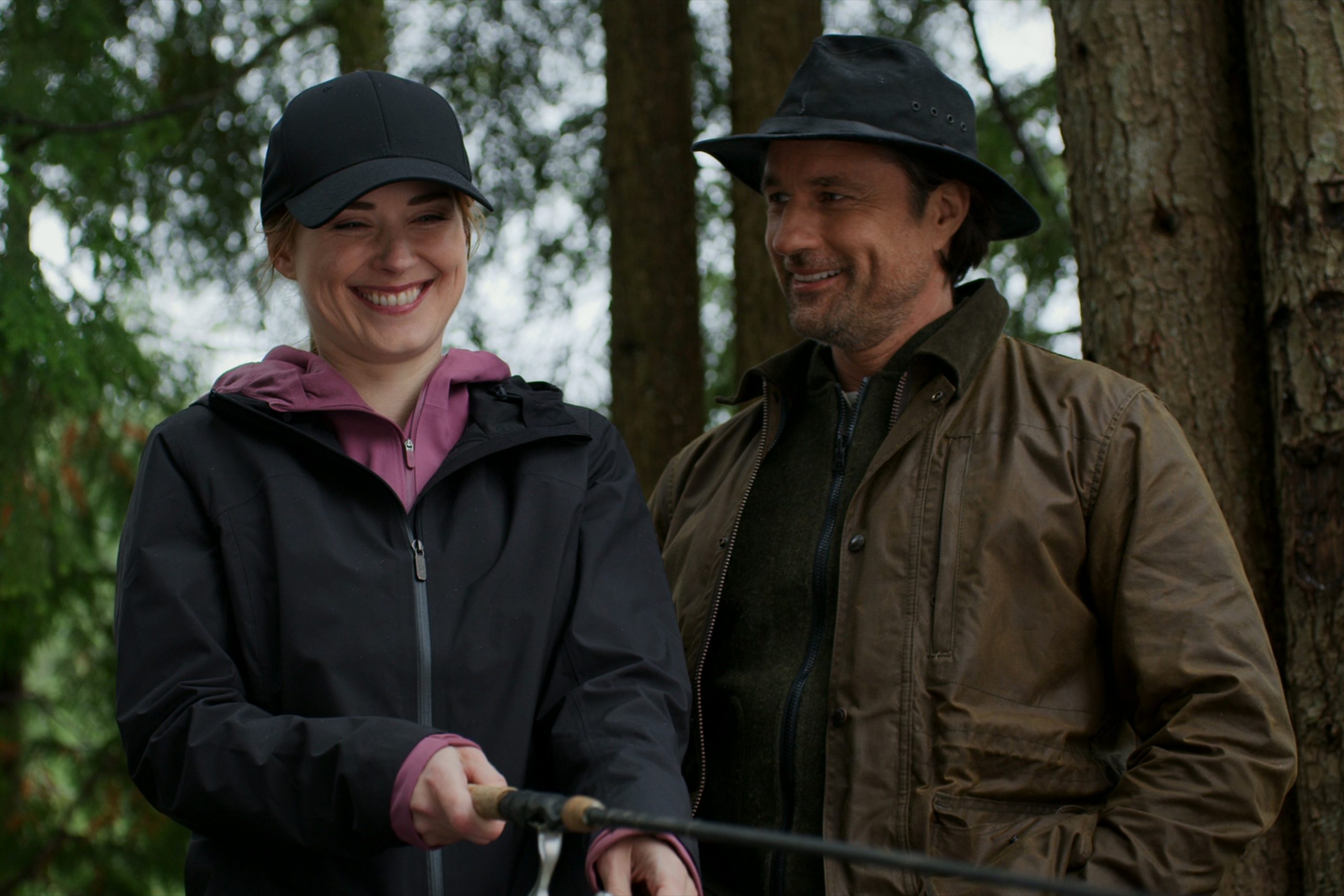 Your Christmas 2019 binge is back for a Thanksgiving 2020 follow-up when the second season of Virgin River drops Friday morning on Netflix. The second set of ten episodes plays more like the post-hiatus back end to a single season, and in that respect, it probably helps that you watched the first season. If you didn’t, you can still start with the new season, but some of the interdynamics between the characters might take a minute to register.

In the series timeline, Season 2 resumes a few weeks after the conclusion of the first, with the bomb drop about Charmaine’s surprise pregnancy still reverberating for her, Jack, and Mel. If you’re like me and this was your least favorite thing about Season 1, buckle up, because it plays through all of this one, too. That said, there’s plenty of other action to balance things out.

We also resume with the newly reconciled Hope and Doc (yay!). There are some wrinkles there, as well, because sometimes Hope can’t let herself just be in the moment. They’re not insurmountable, though, with history and a fairly lifelong love in their favor.

Preacher is still trying to help protect Paige and Chris and that becomes another arc that runs through the whole season. In a very egalitarian all-ages play, we also get a love interest for young Ricky from the bar when Connie takes in Lizzie, her wayward teenage niece. She’s more bark than bite, but she derails Ricky a bit from his straight and narrow, follow-the-rules lifestyle.

Aside from the baby mama drama, Mel and Jack put some real work into maintaining the friendship that’s the root of their bond, which is nice to see. Separately, he’s also still preoccupied with Brady, who’s now fully in bed with Calvin and his drug business.

Season 2 expands into a true ensemble show with multi-threaded arcs over these ten episodes, while still deftly keeping Mel and Jack as the heart of its storytelling. That works in your favor if you love some pairings more than others.

There’s also a degree of reliable predictability to some of the arcs, and a few surprises, too. If you’re travel-derived, the ton of aerial footage of British Columbia will ease your weary soul or whet your appetite to make that trip when we’re allowed to leave the country again.

Since Thanksgiving weekend will be an at-home affair, it’s a perfect time to settle in with the folks in Virgin River–and catch up on Season 1 first, if that’s your fancy. While not formally announced, one can surmise from Alexandra Breckenridge and Martin Henderson being in the same place at the same time for Instagram promos that Season 3 is already filming–Season 2 was filmed immediately after Season 1 last year–so you have that to look forward to when this one wraps and leaves you wanting more.

Photos and video courtesy of Netflix