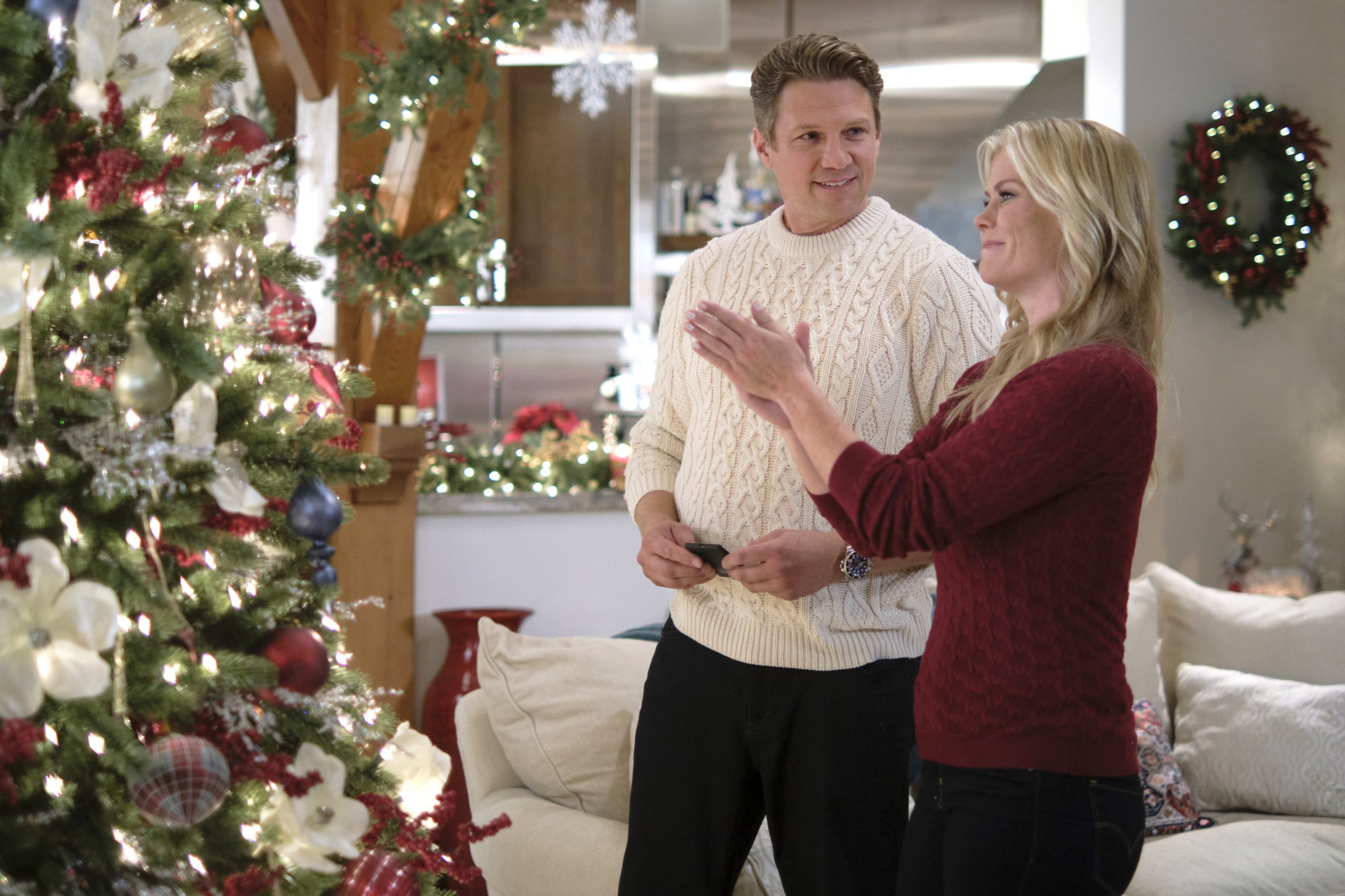 We’re not going to Mom you, but we hope you’re all safe and sound and in your own homes this week while we ride out an unprecedented holiday season. That out of the way, there’s an assortment of viewing options this week. First up, here are some recs to keep you occupied through the actual holiday. I’ll be back before the weekend with a brand-new exclusive interview with Victor Webster for Friday’s premiere of Five Star Christmas and a preview of Season 2 of Virgin River.

Released yesterday, this one stars and is co-written and produced by COVID benefactress Dolly Parton and directed and choreographed by Debbie Allen. The very rich, equally unhappy Regina Fuller (Christine Baranski), returns to her small hometown after her father’s death to evict everyone and sell the land to a mall developer right before Christmas.

She has a change of heart after listening to stories of the local townsfolk, reconnecting with an old love (Treat Williams), and accepting the guidance of an actual angel (Parton), The cast also includes Jennifer Lewis.

A Christmas Tree Grows in Colorado (Premiering at 8 pm/7c, Tuesday, 11/24, on Hallmark Channel)

If you’ve ever wondered where the live Christmas trees that become the centerpiece of a big event come from, Hallmark has answered this question a few times. first with the The National Tree and then Miss Christmas. In this film, Erin Chambers (Rochelle Aytes), a director of community development in a small town, is tasked with promoting it as a top holiday destination, and securing a tree for the town square tree lighting.

When she stumbles across the perfect spruce belonging to firefighter Kevin Snyder (Mark Taylor), and his adopted daughter, Claire (Grace Sunar), a social media faux pas sets off a chain of events that has them at odds as the holiday and the tree lighting approach. Check out Carla’s interview with Aytes here.

I’m on record that The Irresistible Blueberry Farm (now in rotation on Hallmark Drama) is one of my favorite Hallmark films, and this holiday romcom reunite that movie’s stars, Alison Sweeney and Marc Blucas (and Nicole Oliver who co-starred with Sweeney in Love on the Air) in much lighter fare as a pair of dueling morning show hosts.

While Melissa Merry (Sweeney) and Brian Bright (Blucas) are America’s favorites onscreen couple, their TV personas belie a much more fractious real-life relationship. When their producer, Jennifer (Oliver) dispatches them to spend a week in the small town of Mistletoe that won a contest, they have to push their general disdain for one another down and sell the town on their friendship.

Christmas By Starlight (Premiering at 8 pm/7c, Thursday, 11/26, on Hallmark Channel)

Paul Campbell and KImberley Sustad go for a threepeat with this film that they conceived the story for (back when filming the OG Godwink Christmas two years ago) and for which Campbell wrote the screenplay.

Lawyer Annie Park (Sustad) specializes in child adoptions, and when her family’s beloved neighborhood eatery is slated for demolition, she vows to put a stop to it. William Holt (Campbell), the heir to the development firm behind the demo, offers to spare the cafe if she’ll pretend to be his legal counsel for a week. When she stumbles into committing the firm to host a fundraiser, it falls on her to pull it off. The more their vastly different worlds collide, the more sparks begin to fly.

If you’ve missed any of the premieres so far, the Hallmark Channel, Hallmark Movies & Mysteries, and Lifetime movies repeat throughout the season, and of course, Netflix and Hallmark Movies Now are always on.

Photos and Videos Courtesy of Crown Media and Netflix.