Previewing Heart of the Holidays 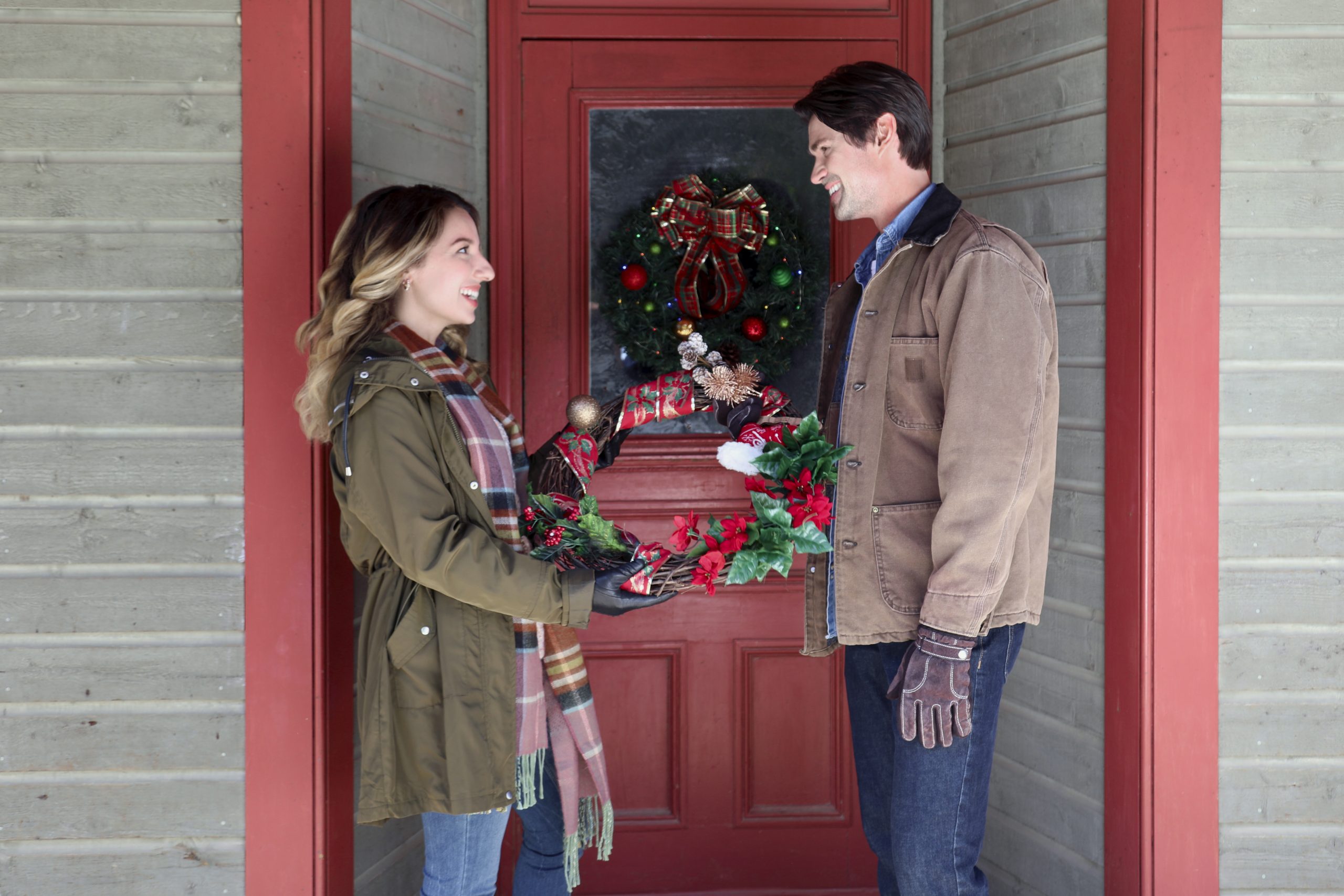 Corey Sevier’s been one of my Canadians for a long, long time–back to 2003’s Black Sash, where he starred opposite a pre-Rookie Blue Missy Peregrym. In recent years, he’s been a staple on Hallmark and Lifetime. You can catch his Christmas movies for both networks–Northern Lights of Christmas, Grounded for Christmas, and Matchmaker Christmas–in rotation again this year. Monday night, he’s back on Hallmark Channel starring opposite Vanessa Lengies (with whom he first co-starred way back in 1997) in Heart of the Holidays–her Hallmark debut, and his directorial debut.

In the film, written by Kate Pragnell, they play Noah and Sam, long ago sweethearts who went their separate ways when Sam indelicately made her exit from their hometown to pursue her dream job and a blindsided Noah stayed behind. Now several years later, Noah’s become a rock for their small town in the face of hard times, and his cafe has become the de facto good will central.

Sam has ascended the New York corporate ladder but finds herself back in town at Christmas when a seemingly perfect career opportunity implodes spectacularly, upending her plans. She comes to see her mom, Tammy (Maria Ricossa), clear her head, and figure out how to get back on track.

Once there, she not only reconnects with Tammy, old friends, and the townspeople, but also the version of herself she left behind. It’s a bit like A Valentine’s Match in that regard.

She has to navigate getting reacquainted with Noah against a backdrop of the town trying to mount a philanthropic Christmas event to support their neighbors who need a hand to have a proper holiday. Initially dragged by Tammy into helping, Sam rediscovers the joy she’d packed away along with all those old memories.

And as she spends more time with Noah, she chips away at that wall of hurt she helped build. That’s complicated just a bit because neither is wholly clear of other interested parties.

I really liked this one, and it’s neat to see Sevier’s unique take on some of the usual Christmas tropes. I also love seeing Haven‘s Jayne Eastwood as Val, who has her finger on the pulse of everything going on. Heart of the Holidays premieres Monday night at 8 pm/7c on Hallmark Channel in the US and 9 pm/8c on W Network in Canada, kicking off seven days of premieres for Thanksgiving week. Here’s a sneak peek.