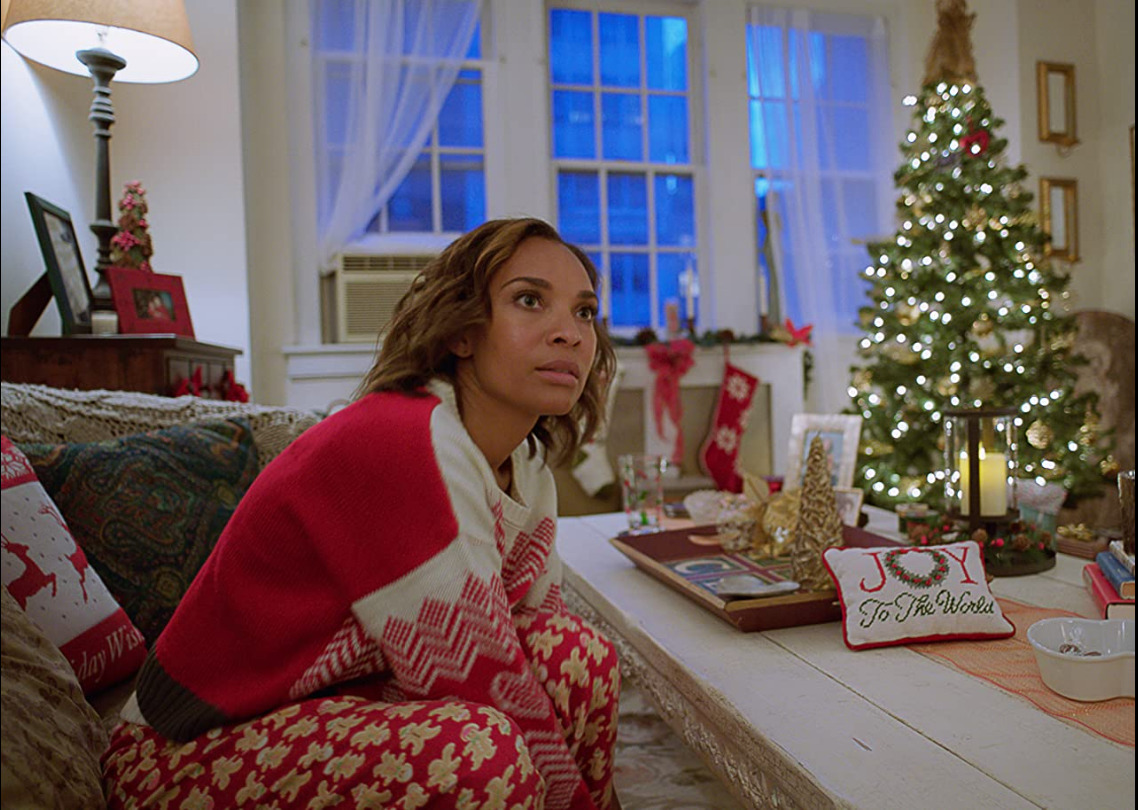 This weekend, there’s a mix of time travel, old favorites, and a brand new fam-friendly fantasy on deck to get you in a merry mood. ICYMI, the full listings for everybody’s holiday lineup are online–Hallmark Channel is here, Hallmark Movies & Mysteries is here, Lifetime is here, Netflix is here, and Up TV is here.

Meet Me at Christmas (Premiering at 10 pm/9c, Saturday, 11/14, on Hallmark Movies and Mysteries)

Check out our interview with Mark Deklin and preview of the film that co-stars Catherine Bell here. Deklin and Bell plays the respective uncle and mom of a bride and groom tasked with pulling off the perfect Christmas Eve wedding and find they have more in common that involuntary wedding planning.

A Timeless Christmas (Premiering at 8 pm/7c, Sunday, 11/15, on Hallmark Channel)

Taking a literal page from an in-house property, this is an adaptation of Hallmark Publishing’s novel by Alexis Stanton. Ryan Paevey and Erin Cahill star as Charles Whitley, an early 20th century inventor and would-have-been mogul (i.e., a prototype for Mr. Darcy) and Megan Turner, a 21st century museum director at his family estate.

Their paths cross when he fixes a magical clock and winds up transported from 1903 to 2020 to fulfill the clock’s promise of a true love at Christmas. Ron Oliver directs a script he co-wrote with Duane Poole. Also look for Wedding Every Weekend‘s Brandy Alexander and Hallmark regular Anne Marie DeLuise.

If some of your favorites are missing from the rotation this year, there’s a good chance they’ve bounced over to Hallmark Movies Now, which has over 90 movies and specials included in this special section. Some of the fan (and our) fave titles currently streaming include the Father Christmas trilogy, Angel of Christmas, The Spirit of Christmas, and Debbie Macomber’s Trading Christmas.

You’ll also find some cute films you may have missed when they originally ran on Lifetime, UP Television, and ION, including Merry In-Laws with Lucas Bryant (who’s coming up next weekend in The Angel Tree), Falling for Christmas with Niall Matter (for a fourth option on top of the three Father Christmas titles), and former real-life couple Jennifer Grey and Clark Gregg in The Road to Christmas. The Christmas installments of Signed, Sealed, Delivered and The Good Witch are also available.

This LGBTQ spin on the Sliding Doors/A Christmas Carol/Peggy Sue Got Married theme set at Christmas follows Jennifer (Nia Fairweather), who’s on the eve of a big society wedding to David (the film’s writer and director Otoja Abit) when she gets a divine opportunity to follow the road not taken with her best friend Gabby (Adriana DeMeo) and reconnect with long-lost family. The independent film ran the festival circuit before Netflix picked it up. Chris Noth, who also produces, plays a thoroughly modern priest.

For the young at heart, Netflix has you covered, with the always awesome Forest Whitaker leading a musical fantasy adventure set in Cobbleton. Whitaker plays inventor Jeronicus Jangle, whose magical workshop has laid dormant in the years since his trusted apprentice (Keegan-Michael Key) double-crossed him.

Thankfully, his equally bright and inventive granddaughter, Journey (newcomer Madalen Mills), unwittingly puts a plan in motion to heal old wounds and remind her grandpa who he still is. The cast also includes Phylicia Rashad and Anika Noni Rose. David E. Talbert writes and directs. Here are a couple of the musical numbers to tease you to check it out.

Photos and Video Courtesy of Crown Media and Netflix