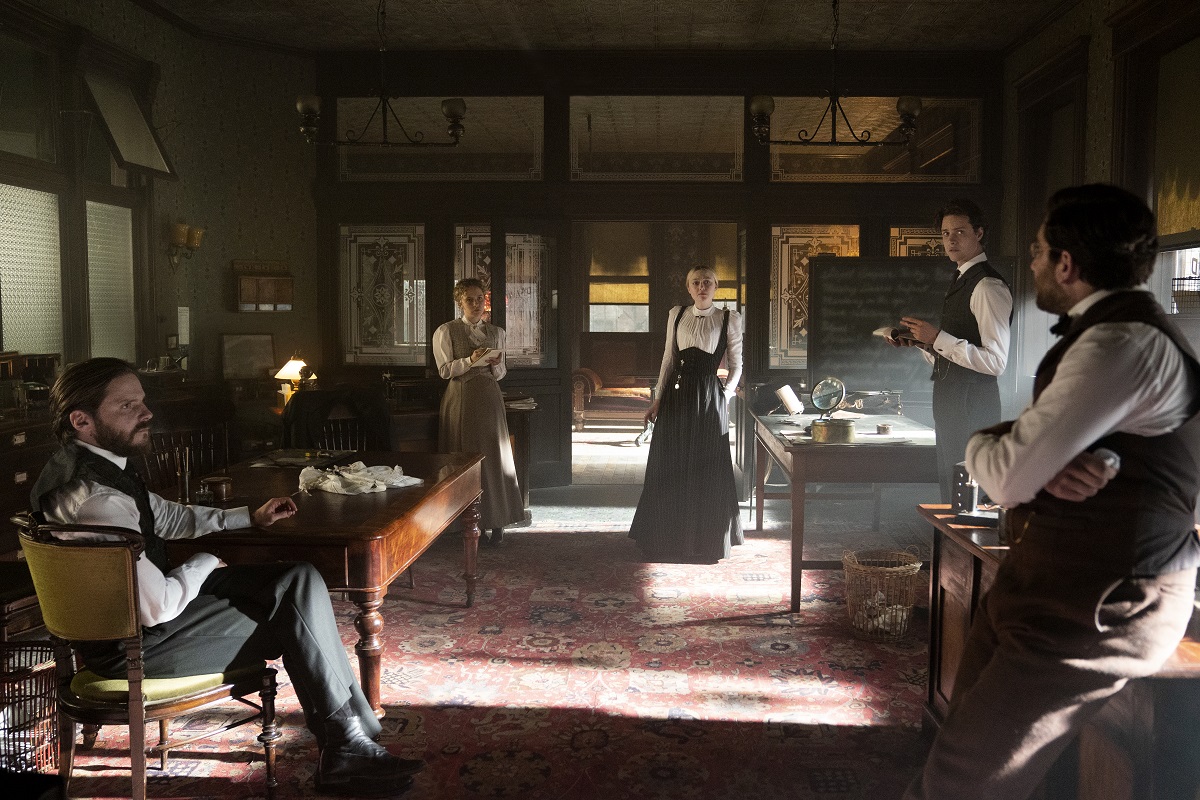 The final two hours of this season of The Alienist are seriously a doozy and you might not be OK.

In the first hour, Kreizler bonds with his new colleague and discovers he should maybe have been out among the great unwashed instead of parsing people’s complicated feelings secondhand in the pages of his books. Before he has that moment of questioning, he does prove his mettle that the book learning wasn’t all for naught.

Sara and John piece together Libby’s draw to Brooklyn and it sets in motion a dark gamble by Byrnes and Hearst that only amplifies Libby’s increasingly desperate impulses. Hearst also attempts a come to Jesus with John about Sara that doesn’t go exactly as planned.

As far as their relationship goes, John’s anguished to put words to it while Sara just can’t find them, and is doubly pained because it inflicts distress on him. Soon some of their inner circle tentatively try to step into it to help her attain some clarity. And it comes, but under much more urgent circumstances.

The second hour builds on the momentum of the first with one piece of the case seemingly resolved and another painfully unsettled. Things quickly get really messy again and the team is caught in the crossfire.

We get the whole picture on Libby, and it serves to make us sympathize with her (credit to Rosy McEwen, who I interview here) and realize she literally has nothing left to lose, which makes her dangerous and terrifying.

Outside of the case, our core trio are wrestling with the various potential outcomes of life-changing decisions, some of which made me weepy (see my Sara and John Relationship Recap from last week here). And the events of the case only serve to reiterate the harsh truth that life is precious, so you must choose the pieces of your path that are within your control wisely.

Most of it is wrapped up, but there certainly are enough pieces in play that we could see these characters again. I don’t know if there’s a third book happening, but as gracefully as this crew went off book from the source material for the second series, I trust they could build an original story from the ground up, much like that nifty opening credits sequence. Here’s hoping they do. This is a cast you want to bottle.

Thank you for spending the season with us!

The Alienist: Angel of Darkness airs its season finale Sunday at 9 pm ET on TNT Drama. Season 1 and Season 2 so far are now streaming on TNT Drama. Click here for all our coverage. And check back after the finale for part 2 of my interview with Rosy McEwen. Here’s a sneak peek of the final two episodes.

What will John Moore reveal to Violet Hayward? This Sunday’s season finale episodes of #TheAlienist: Angel of Darkness will not be for the faint of heart. pic.twitter.com/TtPqbF0L3z

Photos and Video Courtesy of TNT.