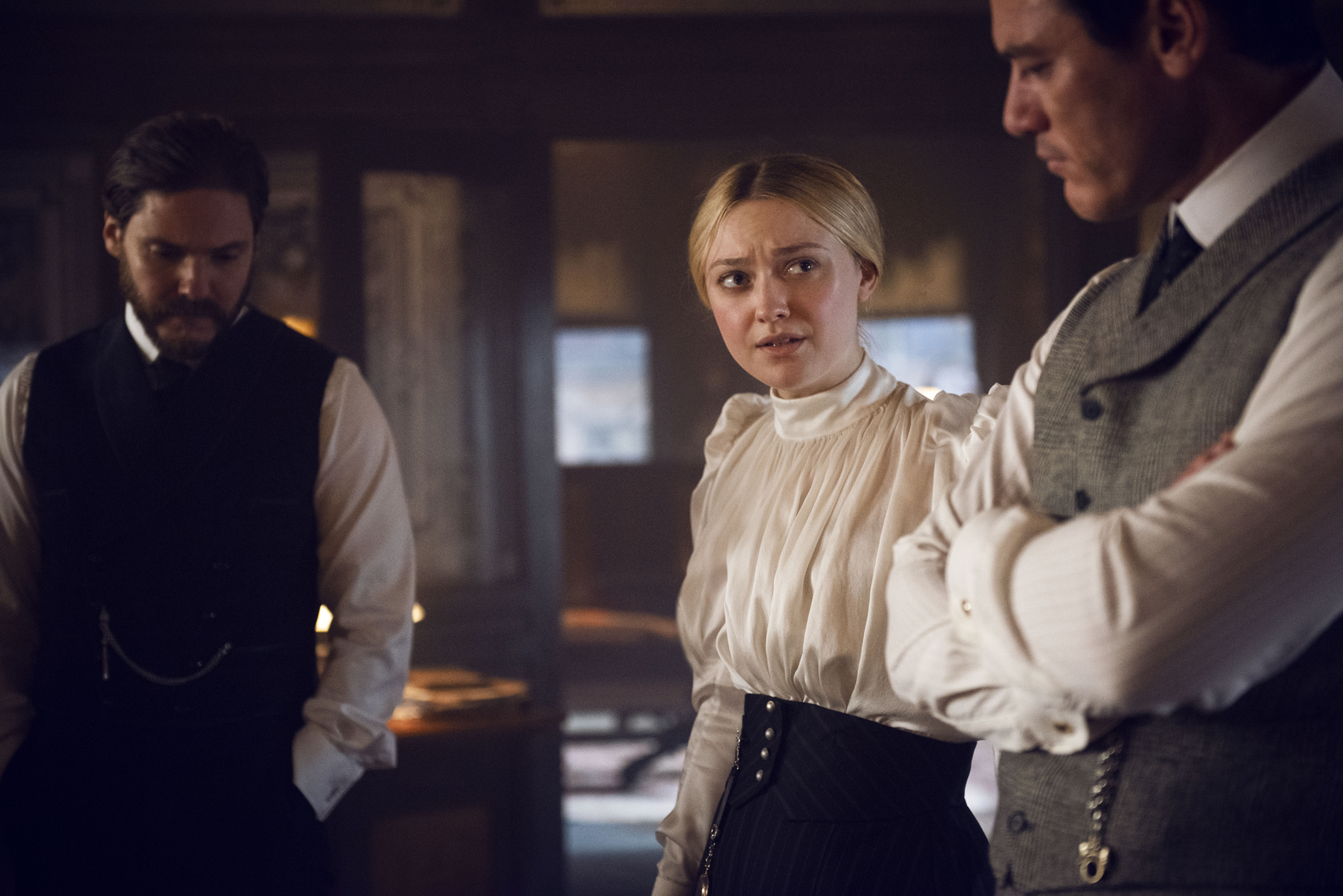 First up. a programming note–the Season 2 episodes are running in two-hour blocks, so this week we get episodes 3 and 4. Plan accordingly!

In the first episode, “Labyrinth,” Sara’s investigation into the missing baby takes a series of grim and unsettling turns but she earns the confidence of a promising witness at the Lying In Hospital. Separately, Laszlo gets his shot at hypnotizing the Senora, but only after he proves its efficacy on Sara, which is also unsettling.

The brothers keep working through their forensics and come up with another telltale clue that helps confirm Sara’s line of thinking on the suspect. Then Sara devises a unique way to capture the Senora’s memories.

And John agrees to help Sara set up a ruse, and finds it doubling back on him in uncomfortable ways. Equally awkward are Violet’s push for a wedding guest list and his bachelor party, which conflict with his emotional preoccupations elsewhere.

In the second episode, “Gilded Cage,” Sara sends Bitsy into the hospital undercover and she gets more than she bargained for with an insider’s view of the dark secrets its corridors hold. It also creates some genuine suspense as she peeks into corners to see what she can learn.

John brings Cyrus’s niece, Joanna (Brittany Batchelder), into the Times, and gives her an opportunity to work at the paper. The centerpiece of the episode is John and Violet’s engagement party, which is as awkward as the bachelor party, but even moreso when it becomes apparent that Violet is in fact not as chill about Sara as she pretends to be.

And Sara herself bristles when she gets a look at their relationship within the context of the rarefied air of the Hearst social circle. That begets a pointed, but painfully necessary, conversation to level set. It’s not a total bust, though, as Laszlo makes a surprising new acquaintance.

It’s a powerful pair of episodes, for both the mystery and the personal relationships. Set those DVRs to run long because you definitely want the endings — and maybe override your DVR to tape one continuous block so you get the changeover between eps. Gina Gianfriddo wrote episode 3 and Alyson Feltes wrote episode 4. Clare Kilner directs both.

The Alienist: Angel of Darkness will air Sundays at 9 pm ET on TNT Drama. Season 1 and the Season 2 premiere are now streaming on TNT Drama. Click here for my first-season previews. Here’s a spoilerish sneak peek.

The chilling case continues. Season 2 of #TheAlienist is all new every Sunday at 9/8c on @TNTDrama. pic.twitter.com/aa1sJizICa