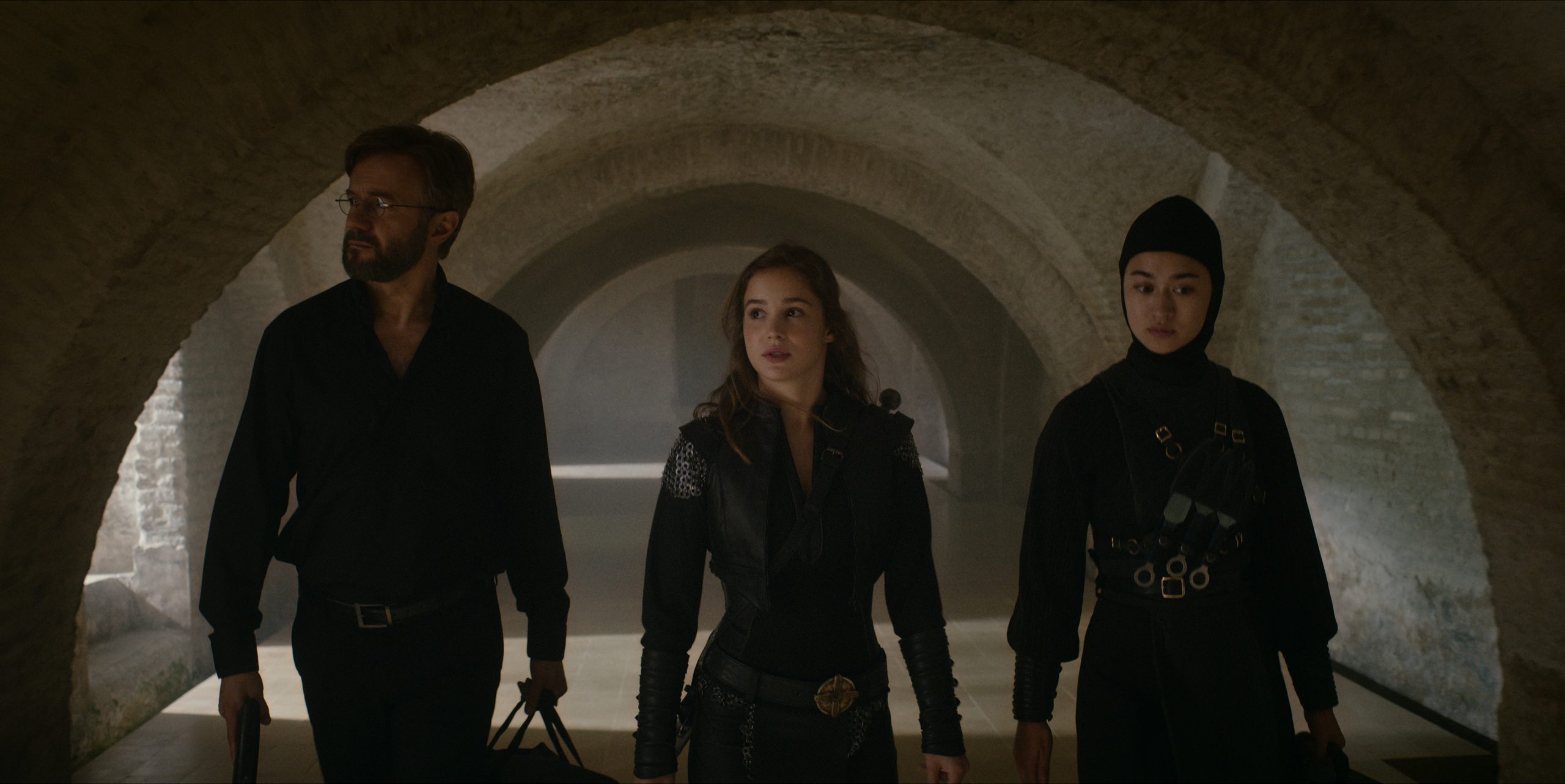 Around here, we’re avid fans of Continuum, which means we’re loyal to all the parties involved. We followed its creator, Simon Barry, to Van Helsing and Ghost Wars, and this Thursday, his latest series, Warrior Nun, based on the Warrior Nun Areala manga series by Ben Dunn, drops on Netfix.

It’s another female-led genre series, this time alternating life and death stakes with a snarky, darkly comedic vibe that leans toward Buffy the Vampire Slayer, down to a young woman who’s chosen and suddenly has the fate of the world foisted on her relatively young shoulders.

Thankfully, she’s packing some serious demon-fighting hardware in the form of an ancient relic that’s (sort of) property of the Catholic church.

Alba Baptista, in a very impressive English-language series debut, headlines a multi-national cast as Ava, a 19-year-old who spent most of her life in a less-than-stellar situation, confined to a Catholic orphanage after the death of her mother. When we meet her in the premiere, that part of her life has ended and she’s gained a brand new one courtesy of a Hail Mary perpetrated by a nun.

Soon after, she has physical and psychological abilities she can’t explain. That sends her fumbling out into the world, wide-eyed and eager to make up for lost time.

It’s not long before the nuns come calling with a major buzzkill and she finds out that her gift comes with a heavy price, a millennia-old feud, and her very own nun hit squad of demon fighters.

The cast is rounded out with Tristán Ulloa as Father Vincent, who tries to be the balance for Ava on her new path, Kristina Tonteri-Young as Sister Beatrice, in whom she finds a friend, Olivia Delcán as the mild-mannered Sister Camila, Lorena Andrea as Sister Lilith, who has her own reasons to distrust Ava, Toya Turner as Shotgun Mary, the nuns’ enforcer, and Thekla Reuten as Jillian Salvius, a tech entrepreneur who wants something the church isn’t keen to part with.

Emilio Sakraya plays JC, Ava’s first friend in her new world. Joaquim de Almeida is probably the most recognizable of the cast–we last saw him in USA’s Queen of the South. Here he plays Cardinal Duretti, who’s at odds with Salvius and working his own agenda.

The series balances Ava’s desire to enjoy being normal for the first time ever–down to us eavesdropping on her inner monologues–with deciding whether to embrace or reject the extreme conditions that come with it. And then there’s that conflict between the fealty the church demands and the debt it already owed her for her lost childhood and freedom.

Along the way, we find out her sisters and Father Vincent also have their own struggles with the mission. On top of being the multi-layered escapist binge watch with a side of rage channeling that you probably desperately need for the long holiday weekend at home, the entire 10-episode season filmed on location in Andalusia, Spain, so it’s a virtual travelogue, too.