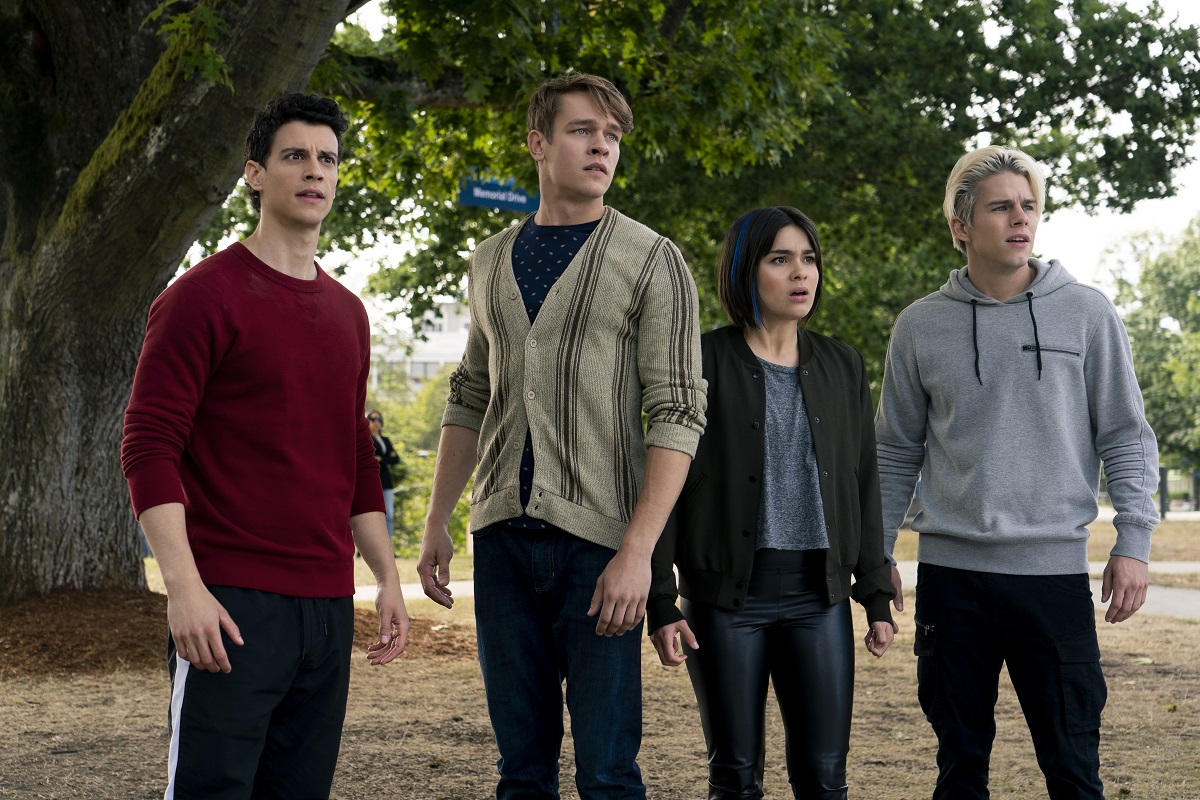 If you’re ready for a little fun supernatural diversion–and really, who isn’t–Netflix might have the cure for what ails you when the second season of The Order, the very wickedly fun and funny witches and werewolves and college, oh my, drama series drops Thursday. I’ll have an exclusive chat with series creator Dennis Heaton for you on Thursday, but first up, a tease for what to expect in Season 2, and a brief recap of Season 1.

Last season, freshman student Jack Morton (Jake Manley) is thrown for a loop when he’s recruited into the Hermetic Order of the Blue Rose, a super secret coven on campus, at the same time he’s unwittingly attacked by/recruited into the Knights of St. Christopher, another super secret group of werewolves. So, he goes from newbie college student on a mission to take down his birth father, Edward Coventry, to a sort of double agent caught up in a turf war between the witches and werewolves. And he falls pretty head over heels right out of the gate for Alyssa Drake (Sarah Grey), who also happens to be a witch.

By the end of the first season, loyalties are tested, Coventry is defeated, and the Knights have their memory wiped, ostensibly to keep the peace/greater good and to allow the witches to abscond with the very impressive magical archive they had in the basement.

Season 2 finds the crew at the start of the new school term, with the werewolves still fuzzy and slightly deja vu-y on who they really are, while the witches are dancing as fast as they can to maintain order and the ruse. Things take a turn when a threat arrives on campus that threatens all of them, which again leads to divisiveness, tests of loyalties, and a very impressive multi-layered, medal-worthy, double-double, triple-cross combo.

Returning players aside from Jack and Alyssa include Knights Lilith Bathory (Devery Jacobs), Hamish Duke (Thomas Elms), and Randall Carpio (Adam DiMarco) and Blue Order’s (acting–which becomes a running joke) Grand Magus, Vera Stone (Katharine Isabelle), thorn in her side Kepler (Françoise Yip), and acolytes Gabrielle Dupres (Louriza Tronco–who just flat out runs off with a few of the episodes) and Selena (Kayla Heller). Newcomers include Blue Rose acolytes Nicole (Anesha Bailey) and Angus (Austin Anozie) and professor Cameron Foley (Matty Finochio). There are so many delicious surprises as well, but I’m not here to spoil your fun.

The Order Season 1 is available now everywhere on Netflix (and all our coverage is here), and Season 2 will be available at 12 am PT Thursday morning. Check back Thursday for my exclusive interview with Dennis Heaton! Here’s a sneak peek.

Ben McKenzie on Directing Gotham’s “A Dark Knight: One of My Three Soups”