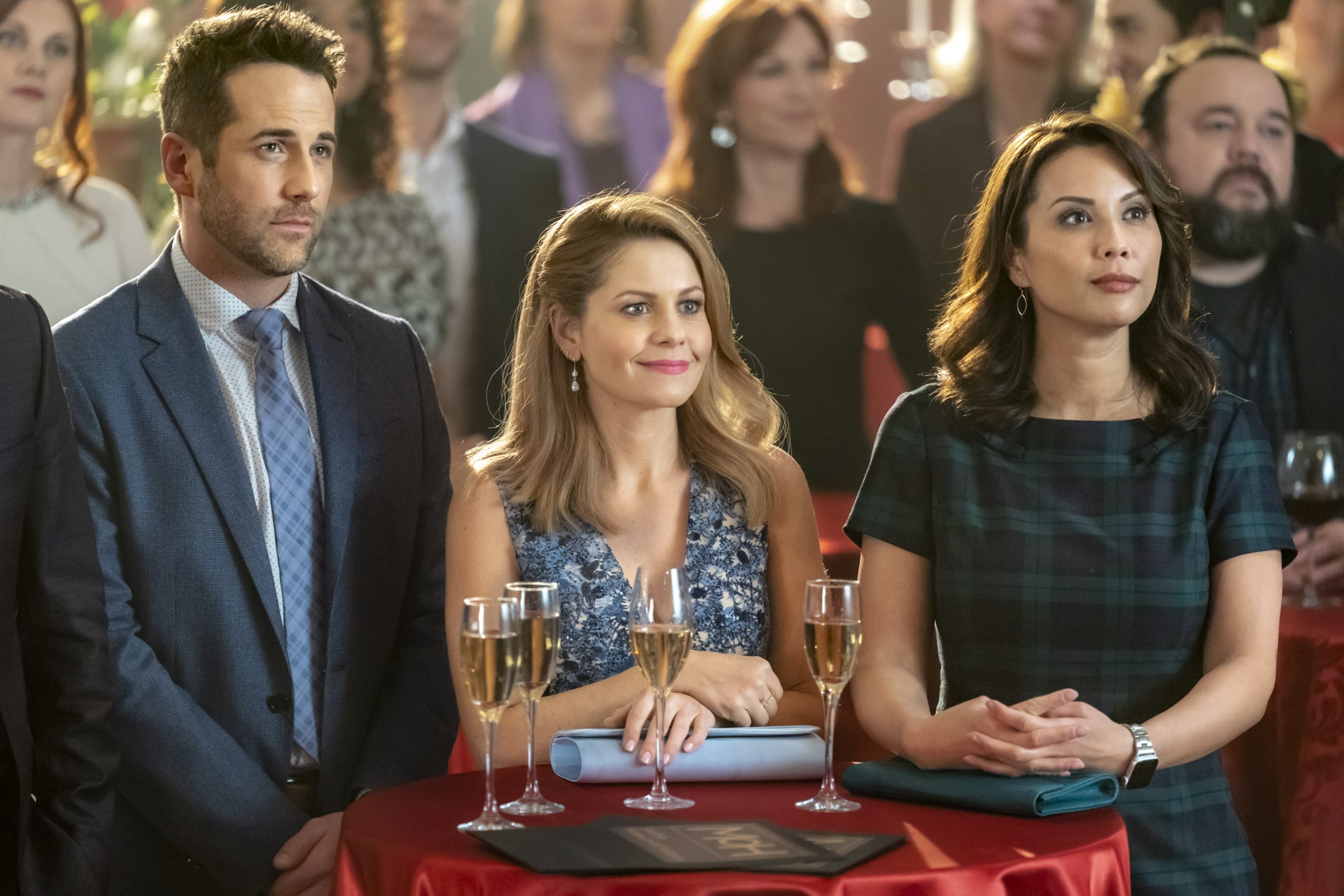 Five years into its run, the Aurora Teagarden movie franchise has reached its 13th title with Sunday night’s premiere of Heist and Seek, which finds Ro (Candace Cameron Bure) and her fellow not-so-amateur-anymore crime solvers investigating the disappearance of a very valuable artifact, while separately, Nick (Niall Matter) is trying to find a moment to have a very important conversation.

The action is spread out across the large cast, which is a nice balance for all involved to individually contribute. The theft happens at a benefit for the library, so there’s a large crowd of witnesses who didn’t see anything useful, until they realize maybe they actually did.

Teena Booth returns to write the script, and Benson does double duty this time around, directing the film.

On the personal front for the characters, Ro and Nick are in a really good place until there’s a slight hiccup in the suspect list. That doesn’t derail Nick from trying to steal some time with her. You’ll recall that the last movie opened the door for a discussion that he’s now eager to have. It’s just a matter of finding the right time and place.

Aurora Teagarden Mysteries: Heist and Seek premieres Sunday at 9 pm/8c on Hallmark Movies & Mysteries, following an all-day marathon of six of the other movies that begins at 9 am/8c. Here’s a sneak peek.