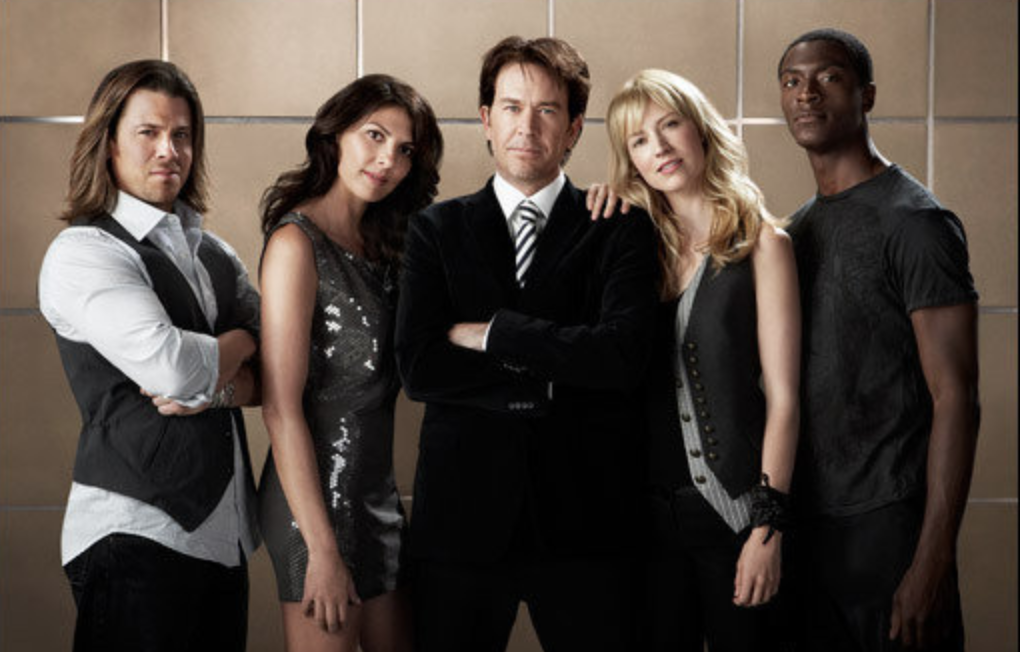 According to Deadline, IMDb TV has given the Dean Devlin, John Rogers and Chris Downey show the greenlight to create 13 new episodes. Devlin is heading up the project as executive producer. Rogers and Downey are down as consulting producers.

The cool thing is that four of the five original cast members — Gina Bellman, Aldis Hodge, Christian Kane and Beth Riesgraf — will be back.

Hodge, since he’s pretty much everywhere these days, including Showtime’s City on a Hill, will return in a recurring capacity. This means in addition to the show being revived, so will the Alec and Eliot bromance and hopefully the Parker and Alec pairing will remain in tact as well.

Who will be missing from the OG cast is Timothy Hutton. But Devlin and Rogers have brought on someone they’re very familiar with to fill his shoes — ER‘s Noah Wyle — who they both worked with on The Librarian franchise.

Apparently there will be other new characters joining the action. Deadline states filming is “tentatively slated to begin in late June / early July in Louisiana.” But the timing, of course, will depend on whether or not safety protocols can be in place to protect the cast and crew from the coronavirus pandemic.

We’re really happy to hear about this news considering how unhappy we were when Leverage aired its series finale back in 2012. While creatively, it was an excellent episode, we weren’t thrilled to say goodbye to this five-season series. In fact, we did end up asking for a spinoff.

Forget spinoff, a reboot with most of the original cast returning is a much, much better proposition. Reformed criminals who use their powers for good in the fight against corruption is always a timely topic.

Wonder how the show is going to pick things up. When last we left our lovable gang of heist-makers and crime-thwarters, Nate had left the building after asking Sophie to marry him. And he had passed the torch on to Alec, Eliot and Parker with Parker leading the charge.

This time around, who’s going to say those words that became the bookends to the TNT version?

Stay tuned. There’s plenty of time for a Leverage binge in the meantime. Catch the entire series on IMDb TV, which is a free channel with your Amazon Prime subscription.