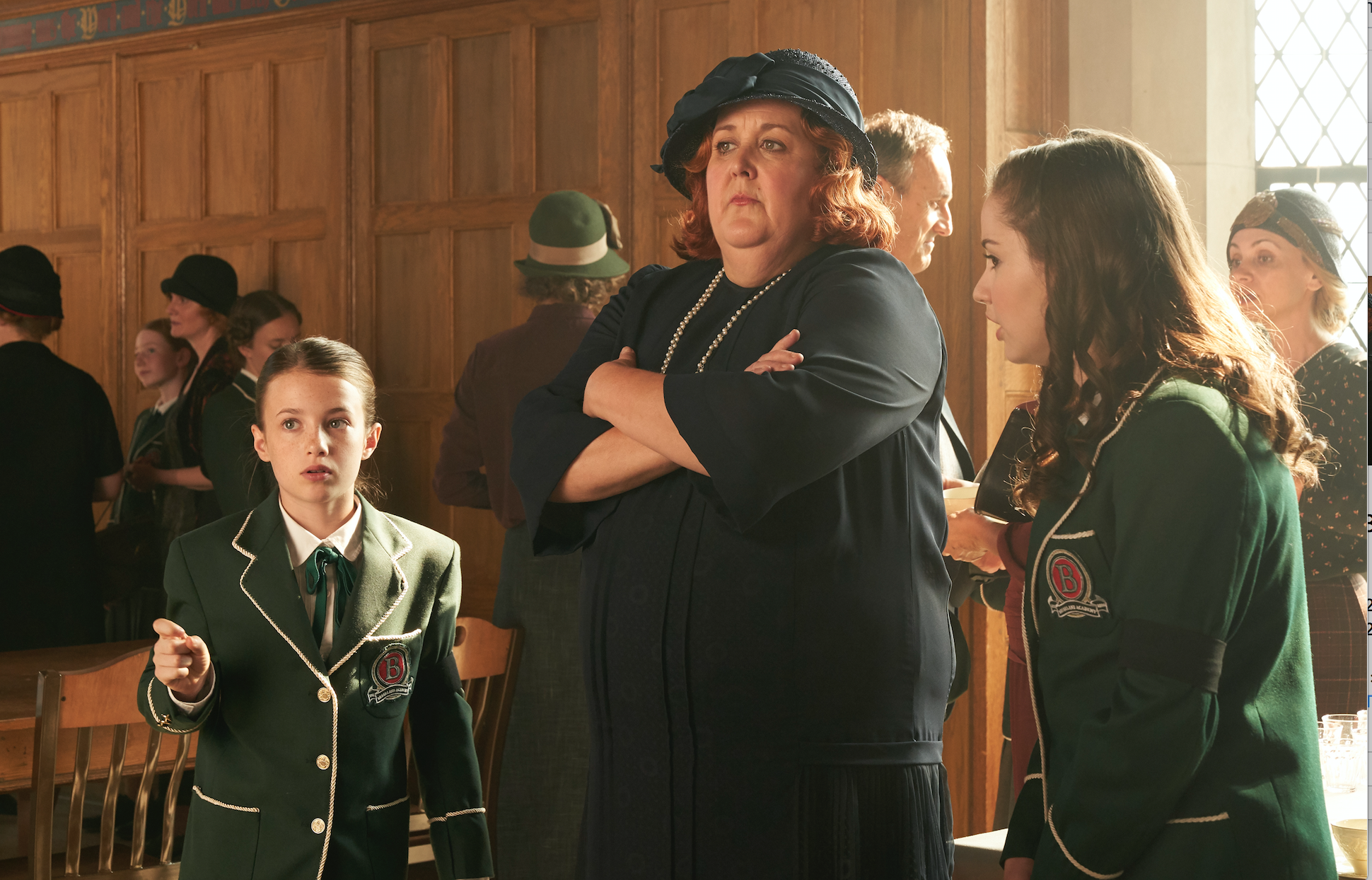 In the search for a family-friendly detective series with a female-centric kick? Look no further than Frankie Drake Mysteries. It’s a period drama that originated in Canada and airs here in the U.S. on Ovation TV.

What You Need to Know:

Series Synopsis: Set in 1920s Toronto, Frankie Drake Mysteries follows the city’s only female private detectives, Frankie Drake (Lauren Lee Smith) and her partner Trudy Clarke (Chantel Riley) as they fight crime with the help of keen police morality officer Mary Shaw (Rebecca Liddiard) and spirited morgue attendant Flo Chakowitz (Sharron Matthews). In a time of change and hopefulness, their gender is their biggest advantage as they defy expectations and rebel against convention.

The Drake Private Detectives take on cases that explore every cross-section of Toronto, from gospel church choirs, bathing beauties and the early cinema scene, to the homes and private parties of the city’s elite. Frankie and Trudy’s fearless sense of adventure gets them into all kinds of trouble, but they always manage to find a way out. They are new detectives for a new world–but is the world ready for them?

Season: Frankie Drake Mysteries is in its third season.

This week’s episode takes place at a private school. It has a great title: “School Ties, School Lies.”

Official Ovation Episode Synopsis for “School Ties, School Lies”: To find the killer of a beloved teacher at a swanky private school, Frankie enlists the help of a precocious student.

With everything in the world that’s going on, we’re all about discovering and finding new shows to binge. To catch up on previous episodes of Frankie Drake Mysteries, head to OvationTV.com.

Reality Fix: The Dancing with the Stars Season 17 Cast