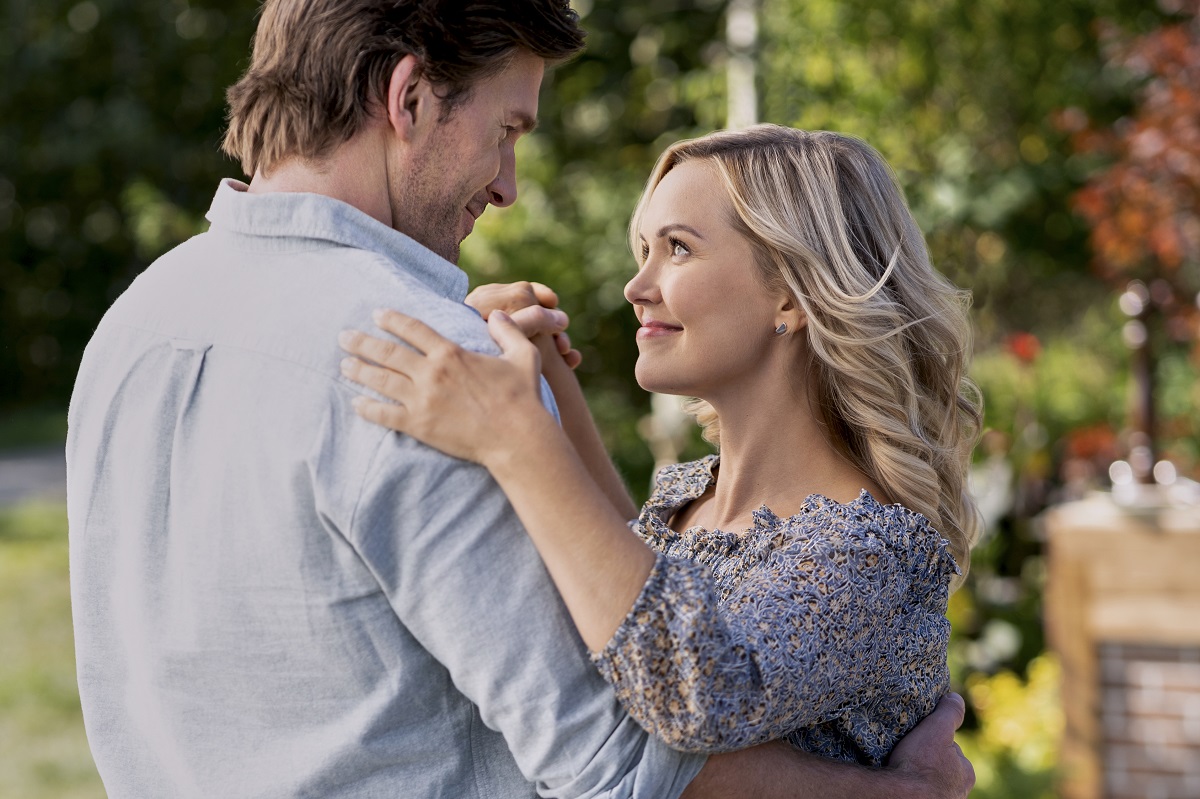 If you’re itching to be outside, Hallmark Channel has the cure for what ails you Saturday night with the vistas of British Columbia on full display in Nature of Love. Emilie Ullerup stars as Katie, a staff writer at a magazine who’s eager to move beyond writing advertising blurbs and into features. She lands a dream assignment of sorts when her editor, Sabrina (Catherine Lough Haggquist), finally gives her a shot, sending her undercover to a camp resort to write a piece about glamping.

The initial spin is supposed to be a fish out of a water story, but Katie quickly loses the thread when Sabrina instead warms to her daily dispatches and photos from the field that include a popular outdoor enthusiast, Will (Christopher Russell), on staff at the camp. He’s already well-known for popularizing prestige hiking locations, but he’d prefer to highlight his conservation efforts.

The resort gives him an opportunity to do both, as he educates visitors on the land and encourages them to appreciate the nature and animals. The wrinkle is that the camp’s owner, Olivia (Marrying Mr. Darcy‘s Erin Boyes), with whom he shares an unclear closeness, is entertaining expansion bids that might jeopardize all of that.

Katie strikes up a friendship with him and a fellow camper, Penny (Supergirl‘s Donna Benedicto), tipping the latter about why she’s really there after she realizes Penny’s photos will be great for her article. As she grows closer to Will, and her editor keeps driving her story in his direction, she’s torn about telling him the truth.

It’ a gorgeous film to look at, and certainly a BC travelogue if you’re desperately seeking a vacation later in the year. Ullerup and Benedicto have a sweet vibe as fast friends, along with Eric Gustafsson (Love in Store) as the ever-helpful camp butler (yes, really), Chase.

Ullerup and Russell are good together, with the twist that Will’s definitely more interested in Katie than she in him, and it takes her a while to realize she’s getting preferential camper treatment. MJ Grabiak directs a script by Uma Incrocci and Barbara Kymlicka.