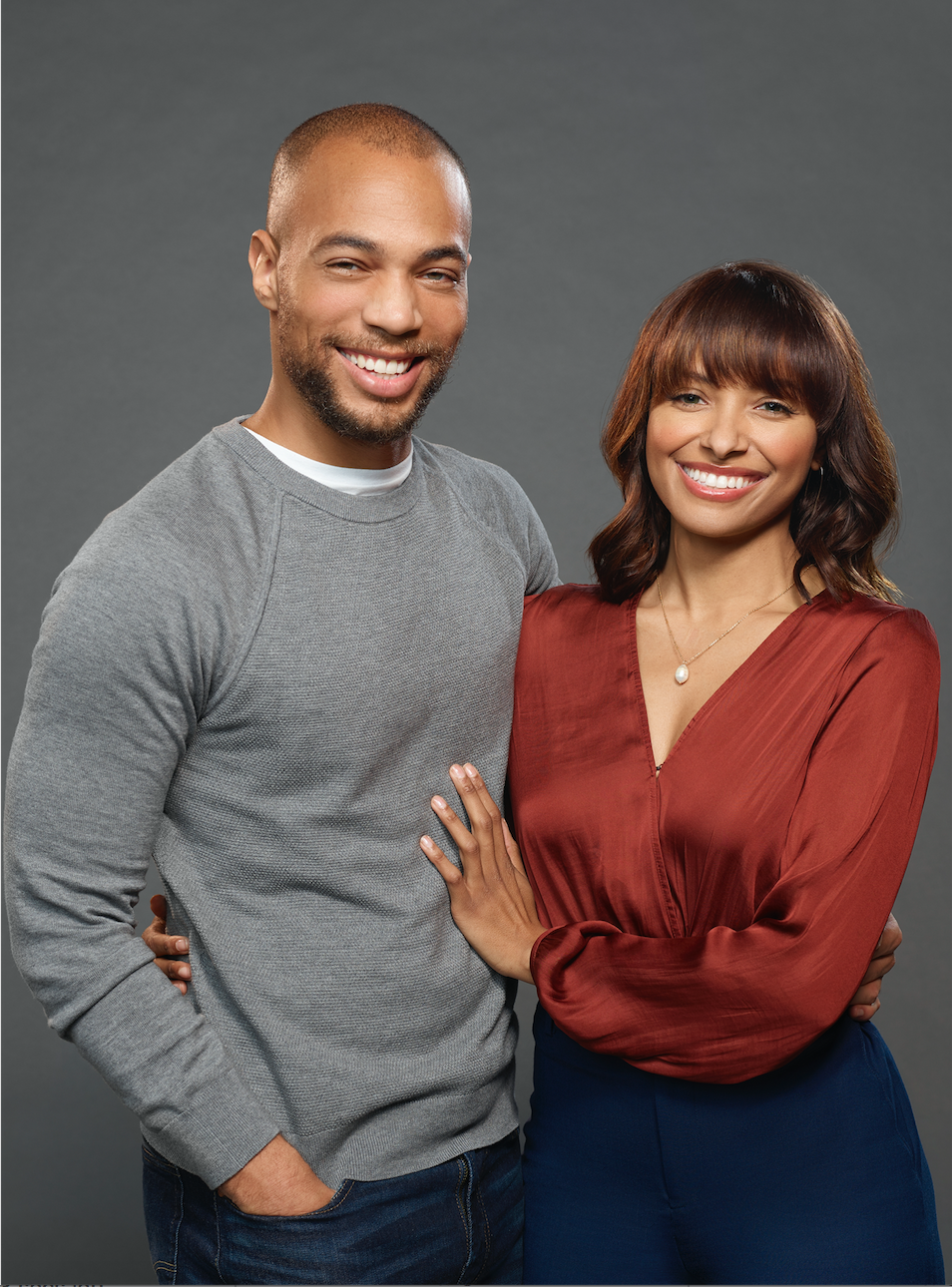 Graham and Sampson play Lauren and Rob. She works at a fashion magazine in Seattle. Her life changes when she doesn’t get the editorial job she’s been gunning for. He’s a mover that comes in handy when Lauren decides to pack up and move home to Scottsdale, AZ. That’s where she thinks she’ll figure out what comes next professionally and personally.

Lauren’s Type-A, super organized personality is in direct opposition to the super chill vibe Rob’s cultivated in every aspect of his life. However, the two create sparks when they meet-cute at her office instantly sparring over a so-called lucky cookie.

As this newbie relationship develops, they start to learn from each other as he takes it upon himself to get her to fall in love with Seattle. Rob is pretty confident he can do it. She’s dead set on heading home and re-joining her parents’ accounting firm.

Graham, of course, played the witch-tastic Bonnie Bennett on the late great CW drama, The Vampire Diaries (TVD). Since the show ended in 2017, she’s starred in big screen flicks All Eyez on Me, the story of Tupac Shakur, and The Poison Rose alongside Morgan Freeman and John Travolta. She voices April O’Neil on Nickelodeon’s Rise of the Teenage Mutant Ninja Turtles. On Netflix, she starred in the 2018 Christmas movie, The Holiday Calendar. Coming up, she’s in Cut-throat City, which features Ethan Hawke, Wesley Snipes and Terrence Howard.

Meanwhile, her pal Sampson can currently be seen on the hit HBO comedy, Insecure. The fourth season premieres Sunday, April 12. In addition to TVD, he’s guest starred on the CW shows Supernatural and The Flash. He was the best holiday movie of 2019 — Freeform’s Ghosting: The Spirit of Christmas — and it was recently announced he’s one of the leads in the pilot for the sequel to Thirtysomething, an angsty ABC drama that aired from 1987 – 1991.

Original Dreamgirl, Sheryl Lee Ralph, stars as Graham’s mother in the movie. Her TV credits include It’s a Living, Designing Women and Moesha. More recently, she’s had roles on Showtime’s Ray Donovan, CBS’ short-lived comedy Fam and last December, she was in Lifetime’s Christmas Hotel with Tatyana Ali and Sean Patrick Thomas. Currently, she has a recurring role on the Freeform witch drama Motherland: Fort Salem.

Fashionably Yours is Graham and Sampson’s very first Hallmark Channel project. It filmed in both Vancouver and Seattle. Catch the premiere tonight at 9/8c.