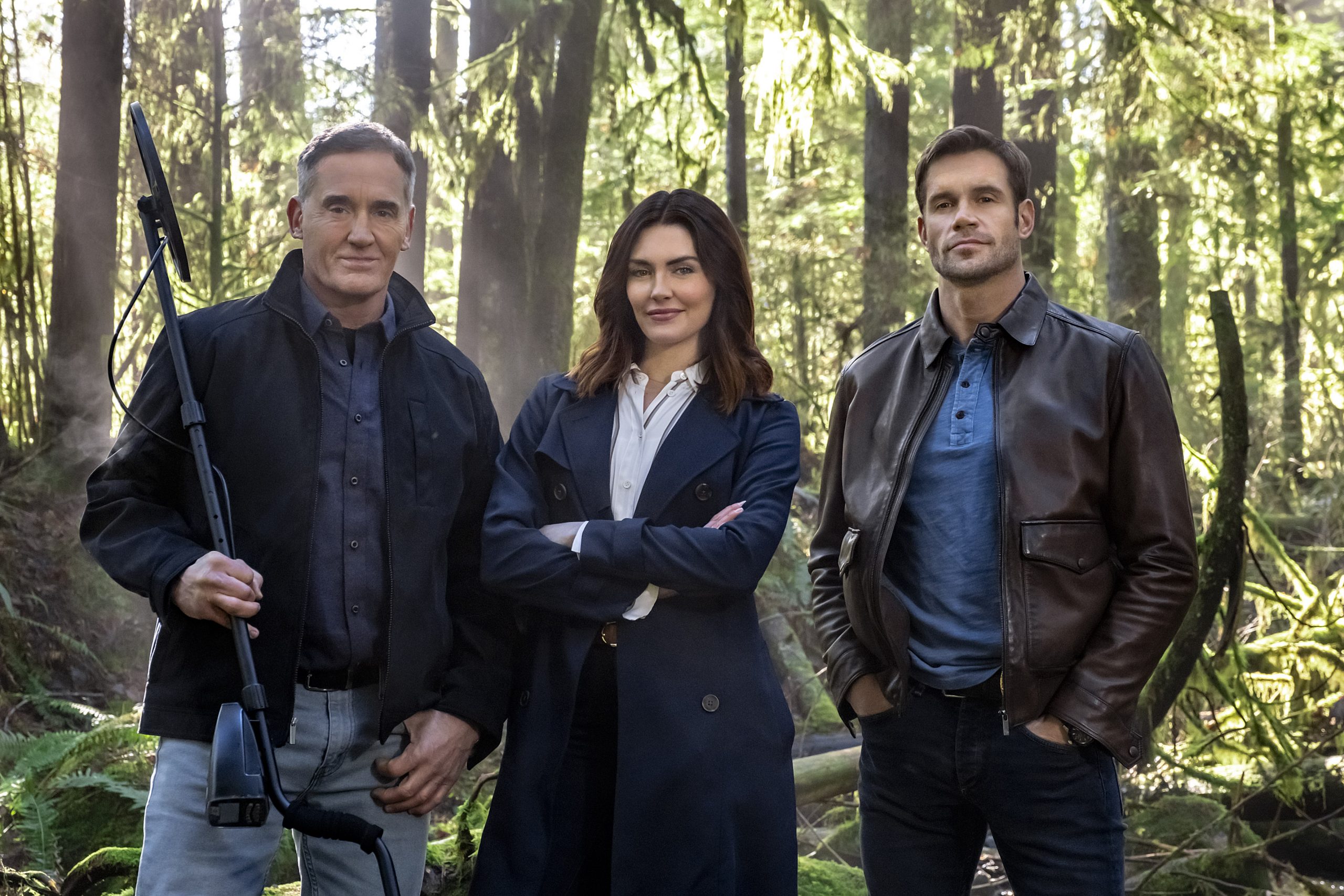 Over the last couple of years, Hallmark Movies & Mysteries has rebooted its slate of mystery wheel franchises, and Ruby Herring is one of the ones they’ve taken their time with, easing its rollout in single installments. Sunday night, the third film, Prediction Murder, finds Ruby (Taylor Cole) and Jake (Stephen Huszar) paired up on a cold case.

Ruby’s now officially working the crime beat, bumped up from her consumer reporting after the events of the first two movies. That gives her a little more agency to openly investigate, and it relaxes Jake’s usual reticence to read her in on active cases.

The centerpiece here is the five-year-old, unsolved murder of a psychic, which is re-opened when a significant clue literally lands on her doorstep. And there’s no shortage of suspects, from a distant, aloof daughter to a client’s jilted fiance to a former boyfriend with a hot temper to a competing psychic.

Ruby works those angles and new clues, consulting with her Dad (John Wesley Shipp) as the need arises. Instead of animosity this time around, Jake is actually receptive to her insights.

And there’s a little but more of personal angle in this one. Ruby’s former fiance, Luke (WCTH‘s Clayton James) comes home for their 15th high school reunion. He’s got an agenda of his own, but it’s not immediately clear where Ruby lands on that.

While that’s happening, the friendship side of things between Ruby and Jake is boosted by a quid pro quo of Ruby helping him work on his swing for a charity gold tournament. The spacing out of the movies works well as we watch them figure out their evolving professional and personal relationship.

Ruby Herring Mysteries: Prediction Murder premieres Sunday at 9 pm/8c on Hallmark Movies & Mysteries after a repeat of the first two films that begins at 5 pm/4c. Here are a few sneak peeks.