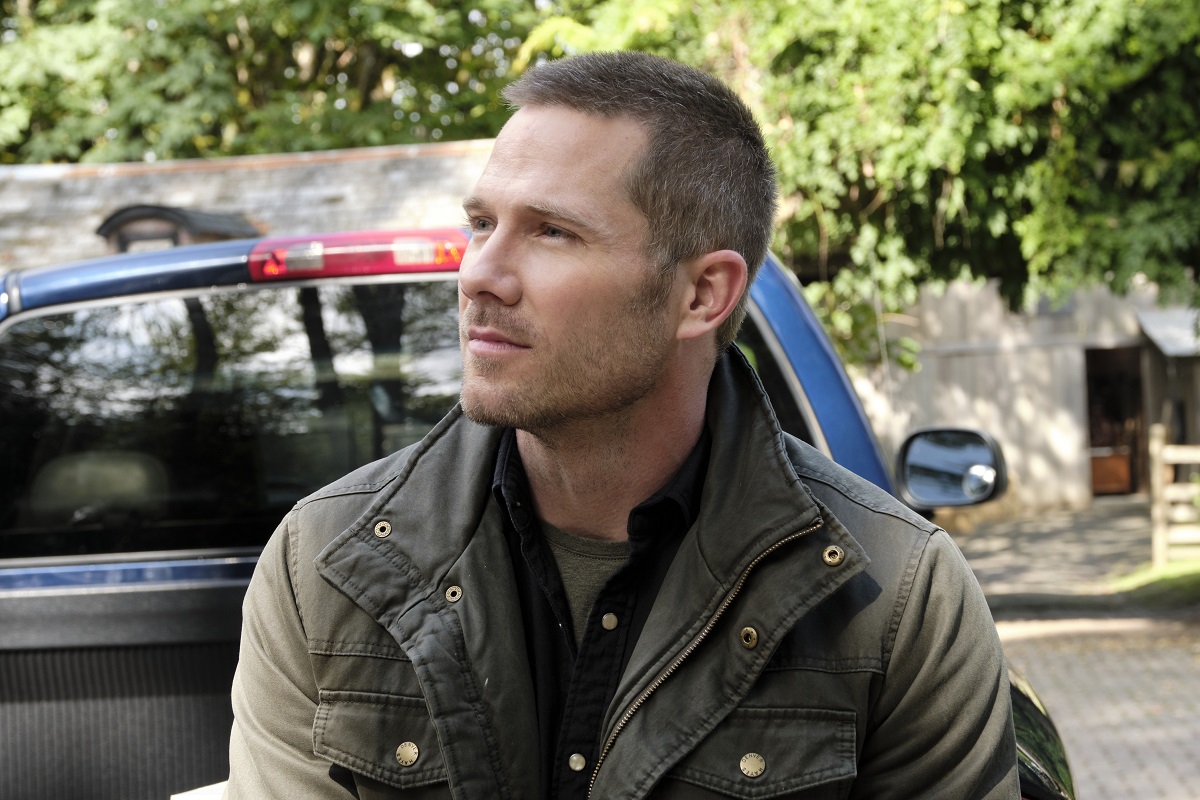 OK, so admittedly this week has been a bit of a Dumpster fire. Some people are in the lean-all-the-way-in camp of breaking out the disaster movies a la Twitter’s trending #coronavirusandchill. I get it. I can watch The Crazies and 28 Weeks Later on a dime, but I suspect there are a fair number of folks out there who just can’t with the drama and horror and they not only crave but actually need a happy ending right now. So I’m going to start spotlighting some of my family-friendly faves that will help you step away to a safe, light, and happy space for a few hours. First up, you know I’ve got to go with my Luke Macfarlane.

Between Killjoys and his Hallmark titles (of which there are nine), I’ve interviewed him somewhere in the neighborhood of a dozen times, and he never disappoints. And he’s just a walking, talking, smiling joy factory when it comes to the Hallmark stuff. Luckily, you have two chances over the next few days to see him when Hallmark Channel repeats last month’s Love Match and 2017’s Birthday Wish and you can catch him anytime in The Memory Book , which is streaming on Hallmark Movies Now.

A Valentine’s Match pairs Macfarlane with Bethany Joy Lenz is the story of Natalie and Zach, high school sweethearts who went their separate ways on the basis of a lie that left some scars. When she’s laid off and their paths cross again and again while she’s home to see her family, she has to take stock of who she’s become.

It’s a really lovely film and Lenz does this very neat thing with her character as she literally strips away the frivolous persona that she built to protect herself from repeating that long ago heartache. Macfarlane is terrific as good guy who made a miscalculation that cost him a decade and change without his true love. I chatted with him about it here. You can catch A Valentine’s Match at 8 pm/7c on Saturday.

Birthday Wish is a big goofy shaggy dog of a movie that actually features a few big (and little) goofy, shaggy dogs. It’s a fantastical and very funny story about an ad director, Gwen (Jess Schram), who’s planned her life to the minute and has to recalibrate when her longtime boyfriend, Alex (Marcus Rosner), biffs the wedding proposal she’s expecting.

Then she has a momentary glimpse at an alternate future with Dave (Macfarlane), a new ad director colleague that she’s just met, which shakes her enough off course that she learns to live, and love, in the moment. I previewed it here. You can catch Birthday Wish Tuesday afternoon at 2 pm/1c.

The Memory Book was Macfarlane’s first Hallmark project back in 2014, and thankfully Hallmark Movies Now has had it for a while and it recently started showing up in the Hallmark Drama rotation. In the film, Macfarlane stars opposite Meghan Ory (Chesapeake Shores) in a love story/mystery about Chloe (Ory), a photographer who finds an old photo book chronicling a couple’s love story and sets out to find them and reunite them with each other and the book.

She partners up with Gabe (Macfarlane), a bartender who joins her on her quest in what soon becomes a scavenger trip road movie that finds the two in various predicaments where they also learn about each other. It’s a quiet, thougtful love story that doesn’t come around nearly enough in the repeat cycle, so I’m glad it’s back now. I previewed it and interviewed Ory and Macfarlane for it here and here.

Check back for more Hallmark and Chill recs in the coming days. Take care of yourselves. And wash those hands.

Who Do You Think You Are Preview: “Tony Goldwyn”