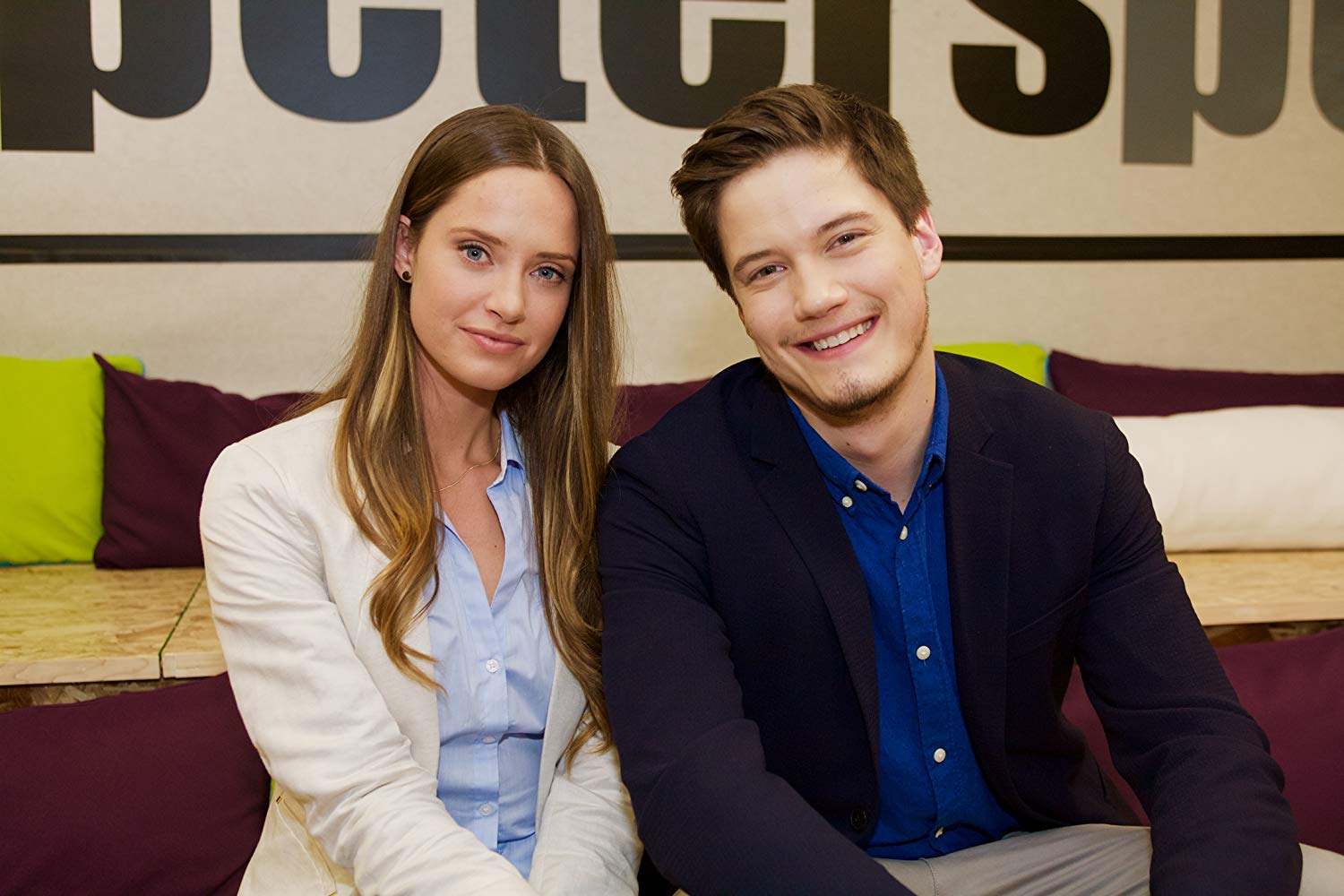 Hallmark Channel takes a walk on the (much) lighter side Saturday night with the network premiere The Bad Date Chronicles, a fun, frothy romcom that turns the meet cute on its head when Leigh (Merritt Patterson) and Conner (Justin Kelly), a pair of bloggers from competing websites, have the first date from hell and turn their he said/she said recounting afterward into a successful series of competing blog posts.

This delights their respective editors, Allison (Gina Holden) and Milo (Matt Bellefleur), who have their own history, which escalates into additional dates and blog entries. And then it gets a little out of hand until the duo realize they’re not the problem.

Credited to writers Jennifer R. Notas, Alec Colantino-Ray, and Rick Garman, and directed by Steven R. Monroe, the film is more of an ensemble and includes a third pairing of Erin (Lanie McAuley) and Brad (Giles Panton), Leigh and Conner’s BFFs. Hailey Dean‘s Viv Leacock has a fun wink-nod turn as a conspiratorial maitre’d.

Patterson & Kelly have a ton of fun, as do all the cast, really, especially with a little bit of over-the-top physical comedy. There is, of course, the late-in-the-game hiccup that threatens to derail the would-be lovebirds, but the resolution is a sweet scene that manages to work in all six characters, which is a little different.

If you’re ready for a little escapism this weekend, Bad Date Chronicles definitely fits the bill. Just as an FYI. if you think the film sounds familiar, it originally premiered on PixL.