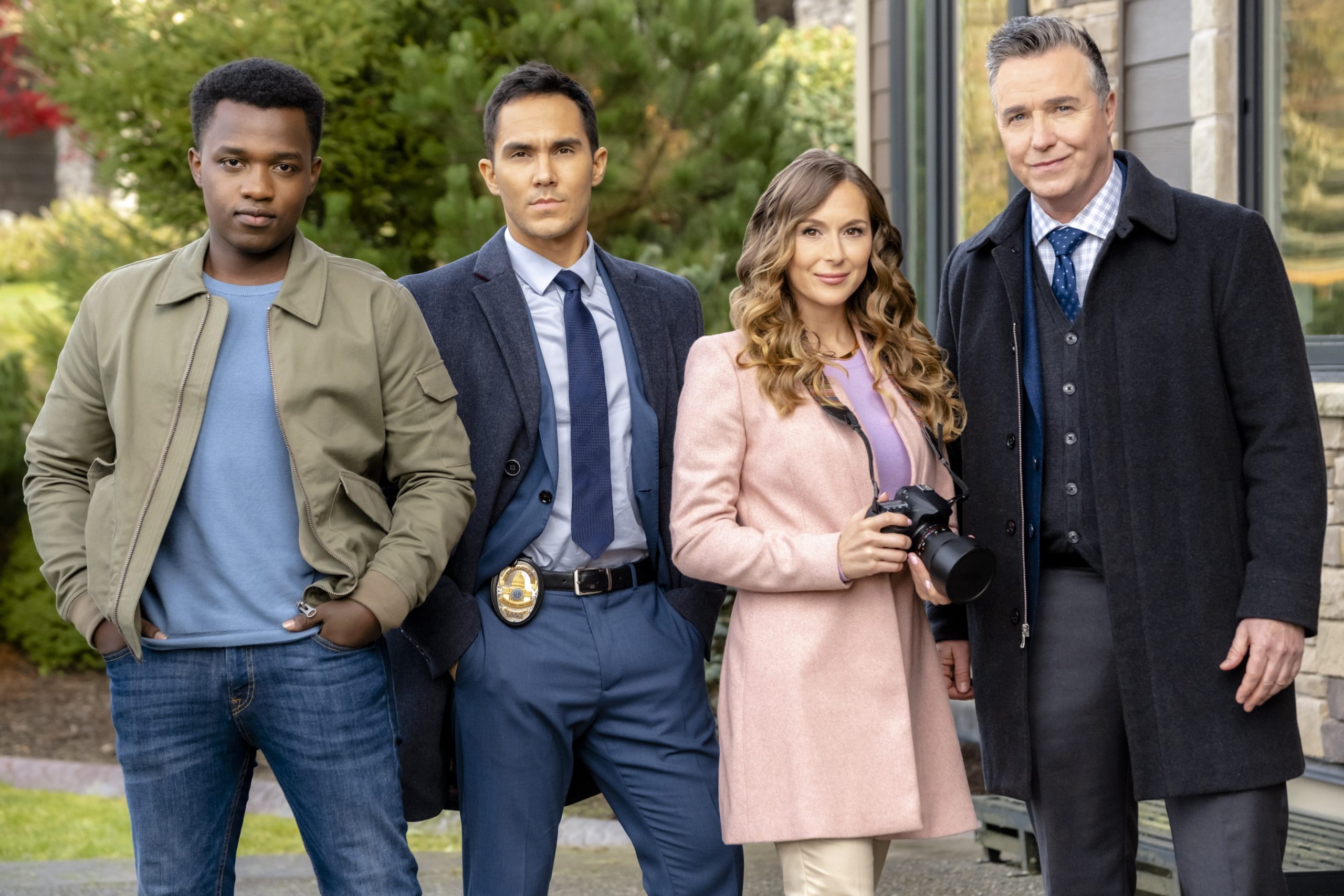 Alexa and Carlos PenaVega return to Hallmark Movies & Mysteries Sunday night with the second installment of their Picture Perfect Mysteries series. Set three months after Newlywed and Dead, which aired last June, the new film, Dead Over Diamonds, finds the dynamic duo working a diamond heist case that also turns into a homicide.

Sam is also dealing with the arrival of his Uncle Luis (Erik Estrada), who’s a former local police officer, and that lingering case that sent him out of New York. The latter is a potential roadblock as he keeps getting thrown together with Allie but is hesitant to move forward on that spark.

Allie’s busy working her own leads, despite the request that she not to do that, with the help of Noah and her BFF, Maya (Sunita Prasad). And a local reporter, Daniel (Jesse Moss) keeps popping up in the same places, which flusters her a bit. Director Ron Oliver and writer Marcy Holland return for the second film. Also look for Milo Shandel, from last week’s A Valentine’s Match.

This one is a little more case-oriented than the “pilot” film that set the stage to introduce all the players. That lets us see more of how Allie actually *is* as she inserts herself into the investigation and gets in over her head, and we see her more personal side when Sam repeatedly gives her mixed signals about his interest.

It’s fun to see Sam deal with Luis upending his home and work life. Estrada has a ball in the part and I hope he’s back for the next one. The third film is set to begin shooting this month.

Picture Perfect Mysteries: Dead Over Diamonds premieres Sunday at 9 pm/8c on Hallmark Movies & Mysteries after a repeat of Newlywed and Dead at 7 pm/6c. Here’s a sneak peek.

The Strain Preview: “The Silver Angel”