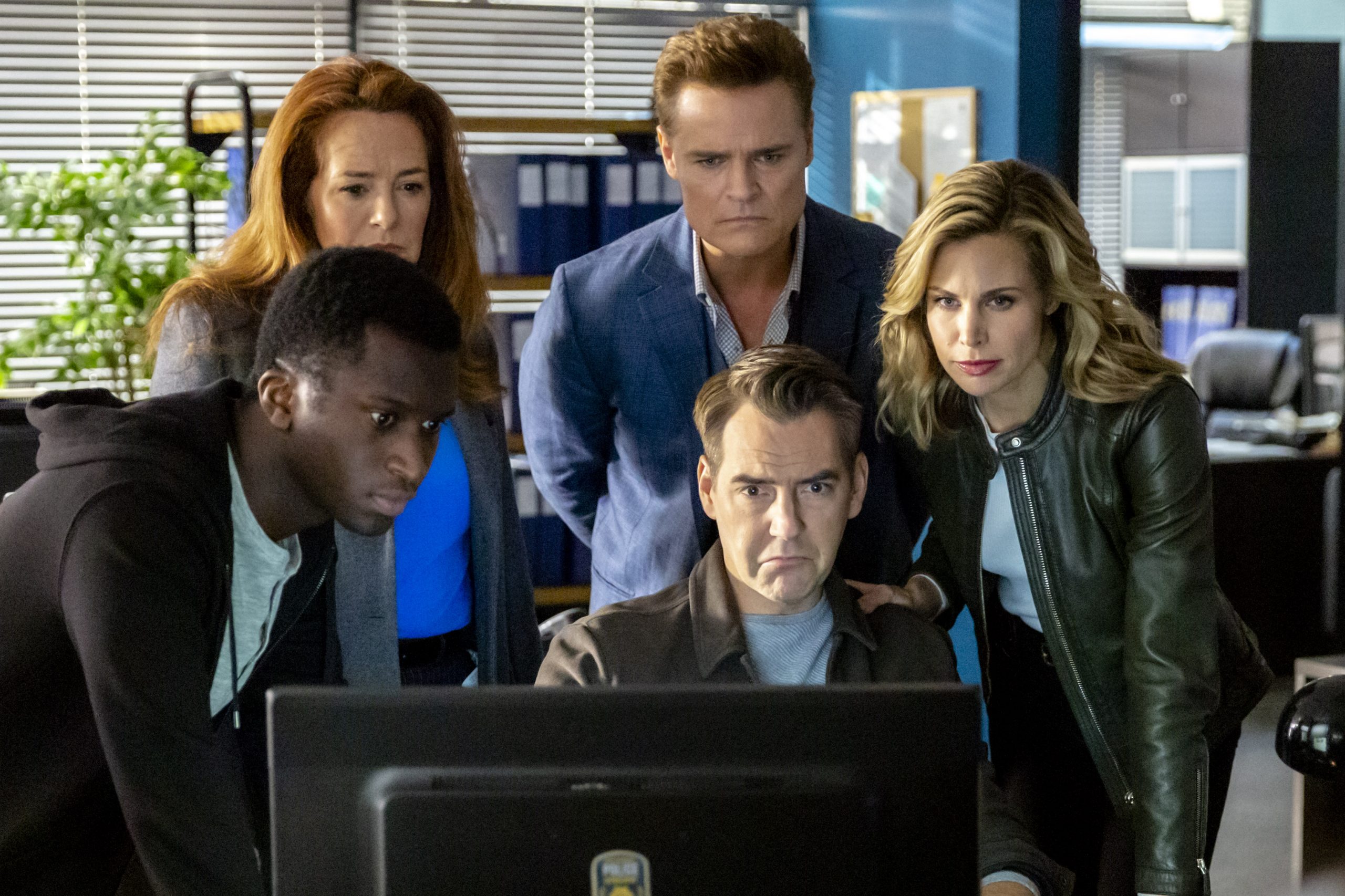 One of the drawbacks, if you can call it that, of so many new Hallmark Mystery Wheel franchises, is that they’ve replaced the OG movies that started the ball rolling. The Gourmet Detective series has always had an unusual broadcast cycle, sometimes skipping a year or more between installments. You could be forgiven for thinking that its fourth film, 2017’s Eat, Drink, and Be Buried, was its last.

If you did, you and I were both wrong, which was delightfully hat-tipped by series star, producer, and co-writer Dylan Neal when they went back into production on a surprise fifth movie. That film, Roux the Day, premieres Sunday on Hallmark Movies & Mysteries.

The new outing allows for the passage of some time since we last saw them. Maggie (Brooke Burns) and Henry are officially together, and she’s slowly figuring out how to not be a helicopter parent to daughter Abigail (Ali Skovbye), who’s now away at college (no mention of her mom, played by Christine Willes). She and Henry have settled into a fun Nick and Nora vibe, complete with crackling banter–they argue over sematics but not much else.

Henry is partnered with his Dad, Jim (Bruce Boxleitner), on a restaurant and still consulting, so everyone’s good and productive and busy. But there’s always room for a murder, right? They don’t have to wait long.

When Henry’s asked to bid on a historic chef’s book on behalf of an anonymous client, that simple task spirals out of control. First, the book is pre-sold, and then Maggie does a little off-book sleuthing that leads them to a murder victim. From there, they’re not only chasing the book and its lineage and secrets, but also a killer or killers.

Original cast members Samantha Ferris and Matthew Kevin Anderson return, also falling into that fun, easy energy with Burns and Neal, joined this time by Alex Barima, stepping in for Marc Senior, and familiar Hallmarkies Lane Edwards, Jennifer Copping, and Ben Cotton. Mark Jean directs the script by Neal and Becky Southwell. It’s super fun to have them all back, like checking in with old friends and being really happy they’re all OK. I hope we see more of them.

Roux the Day: A Gourmet Detective Mystery premieres Sunday at 8 pm/7c on Hallmark Movies & Mysteries. A marathon of the first four films begins Sunday at 10 am/9c. Here’s a sneak peek.