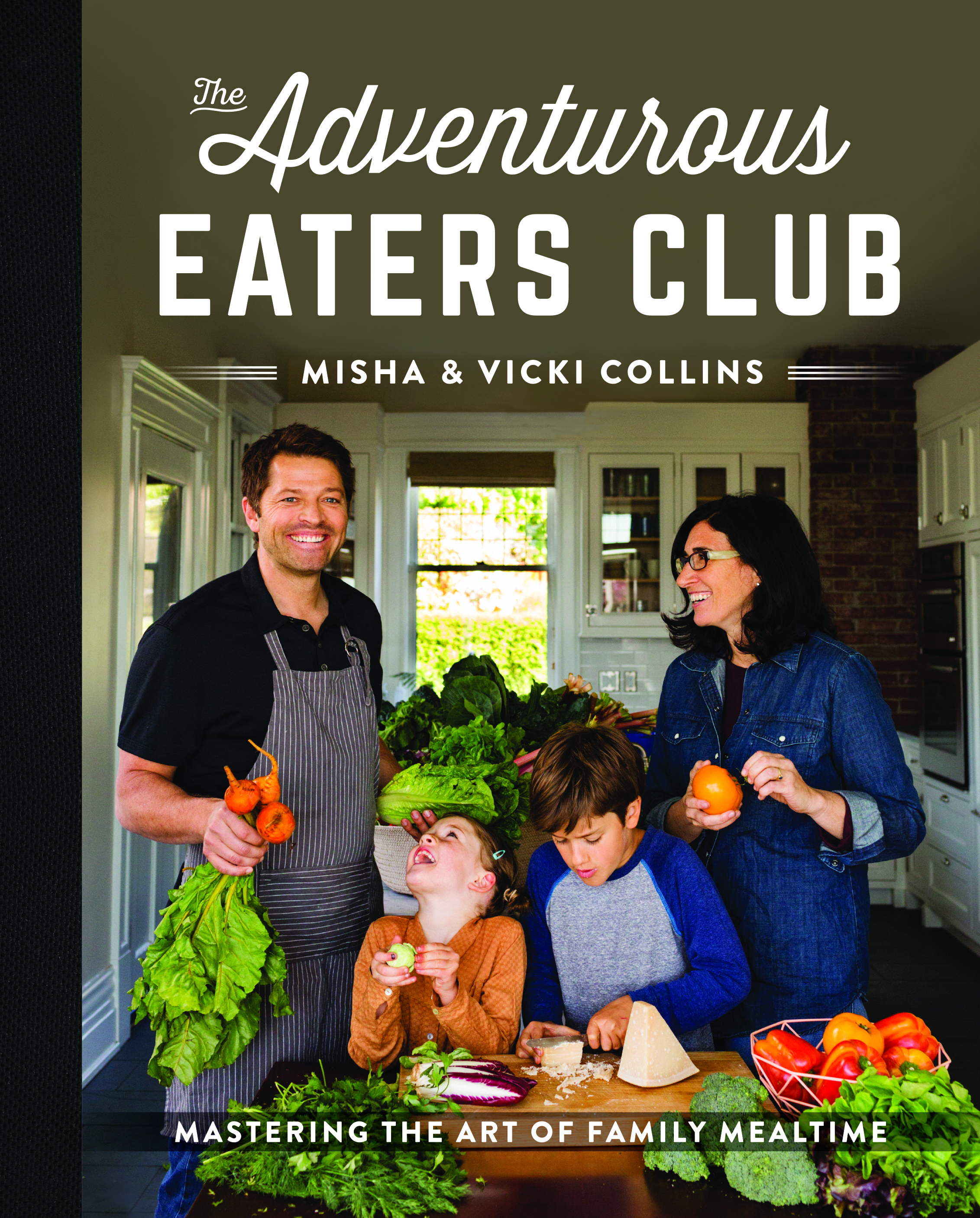 On the CW’s Supernatural, actor Misha Collins frequently serves up a giant dose of drama and conflict. In the most recent episode, the trench coat-wearing angel he plays walked out of the bunker after Cas and Dean had words…none of them good.

Thankfully, in real life, Collins is doing his best to serve up a serious amount of peace, love, happiness…and family-friendly food comas. He and his wife Vicki co-wrote a new cookbook called The Adventurous Eaters Club that sees the light of day today.

When my wife and I first became parents, feeding our kids was a struggle. Every meal was a battle — and we usually lost. It was all about convenience. We were exhausted, overwhelmed parents in survival mode. But when our toddler hid some unauthorized, unusual groceries in our shopping cart and we let him cook us dinner with these ingredients, it opened our eyes to another path — one that reinvented our family’s relationship with food forever. This cookbook is the story of that transformation and how healthy food became a source of joy, adventure, laughter, and connection.” – Misha Collins

Donning a chef’s hat isn’t much of a leap for the actor. First, his Twitter and Instagram bios read: “Actor, Baker, Candlestick Maker.” That means he must be a genius in the kitchen, right? Second, Collins and his kids frequently bring the cute to cuisine in a YouTube series of videos where the proud (and patient) dad is Cooking Fast and Fresh with Maison and West.

Expect the husband and wife team to help battle the monotony of kids’ menus with personal anecdotes and over 100 recipes. But the real miracle here? They’ve figured out how to get their kids to realize veggies aren’t the stuff of nightmares. In fact, the parents manage to include their children in the healthy meal-making process.

It’s time to focus on food, fun and much-needed bonding time with the kiddos. Pick up Misha and Vicki Collins’ brand new cookbook, The Adventurous Eaters Club: Mastering the Art of Family Mealtime today. In true Misha fashion, this venture is the gift that keeps on giving. 100% of the author profits from all book sales will be donated to non-profit charities.

And don’t forget — If you’re into demons, drama and adorkable angels, then catch Collins on Supernatural. The final season of the series airs Thursdays at 8/7c on the CW.

The X-Files Will Return For Season 11