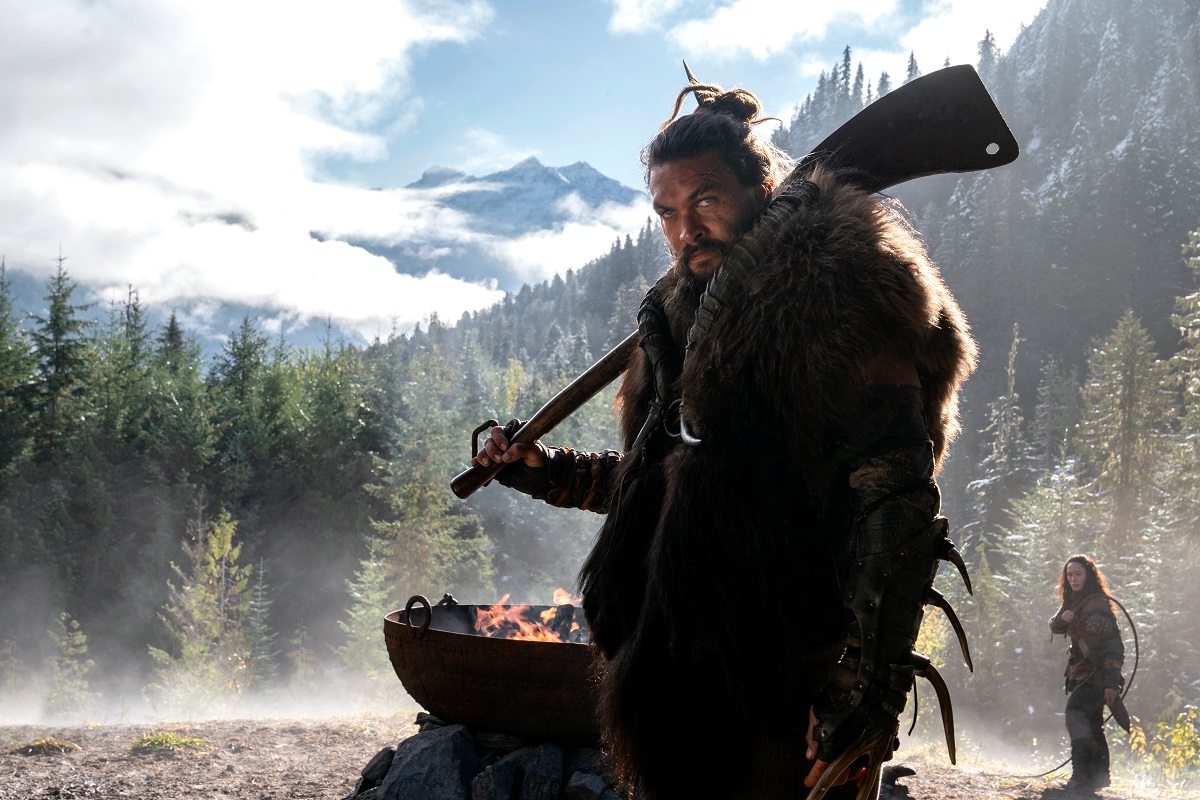 Apple TV+ launches this Friday, and they’re rolling out a really diverse slate of series options. We’ve previewed Dickinson and For All Mankind, which are grounded in real-life characters with a unique spin on the storytelling.

Our third preview this week is See, a dystopian hourlong drama set in a future where a 21st century plague left its survivors and their subsequent generations completely blind. If The 100 or The Hunger Games are your jam, this one’s for you.

Jason Momoa headlines as Baba Voss, the leader of the peaceful Alkenny tribe that lives an isolated existence in the woods, but who are also ready for battle at a moment’s notice. That moment comes pretty quickly in the premiere episode, as Kane (Sylvia Hoeks), the Queen of a rival tribe, sends her forces in search of a heretic.

What follows is an upending of the Aklennys’ world. All of this happens as Baba’s wife, Maghra (Hera Hilmar), gives birth to twins. As the promos have told you, those babies can see, which is frightening to everyone and sets them all on a new path, always in fear of discovery.

It’s interesting to have an entire ensemble cast play blind, and have to navigate spatial awareness of each other and a fairly rugged terrain–and weapons in a pretty epic fight scene. Several characters also possess, and portray, heightened awareness as other senses kick in.

The series is visually stunning, shot around British Columbia–astute Canadian TV viewers will recognize some of the vistas. Plotwise, it’s a balance of quiet moments, battles, and some GoT-level violence. There’s also some weirdly sexual stuff with Kane when she taps into her visions.

I’d imagine Momoa is the hook for most of the folks who will check this one out, and he’s very good here as a man who’s capable of great kindness and warmth and fury. As with any wholly new world, you’ll have to suspend disbelief now and again to accept where the story, which includes plastic bottles and Yeti coolers 300 years on out in the middle of the wild, is going.

Francis Lawrence (The Hunger Games) directs the first three episodes, which will be available Friday. Taboo‘s Steven Knight is the series creator.

See premieres its first three episodes this Friday on Apple TV+, which will be available in over 100 countries through the Apple TV app on iPhone, iPad, Apple TV, iPod touch, Mac and other platforms, including online (tv.apple.com), for $4.99 per month with a seven-day free trial.

Photos and Video courtesy of Apple

Previewing the Second Weekend of the 2019 Christmas Movie Season

Power Preview: “You’re Not the Man”