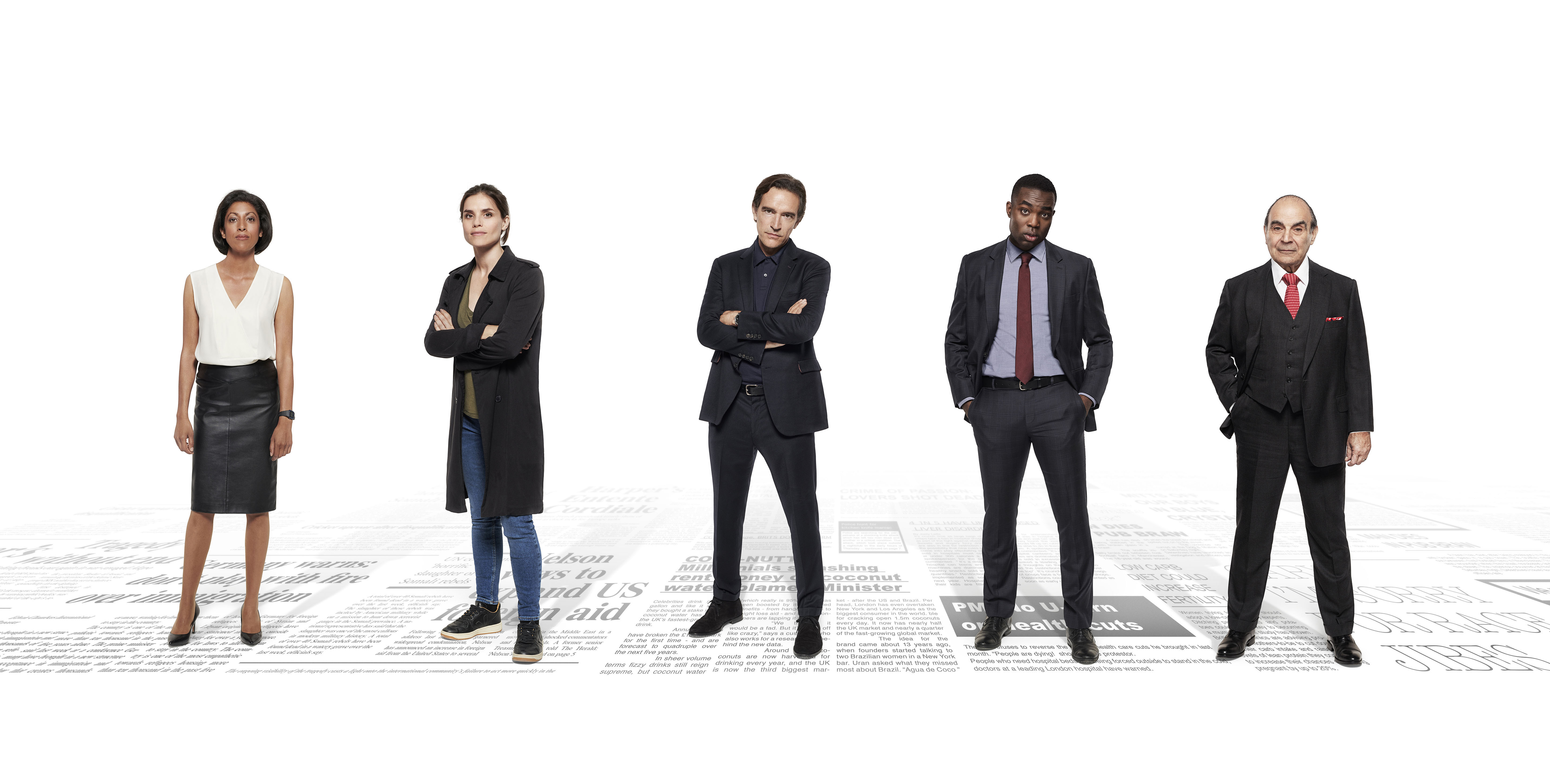 We’re living in an age where the news often is the news, and print journalism continues to struggle against the immediacy of the Internet and news feeds that refresh in seconds. I haven’t latched on to much in the fall season but PBS Masterpiece Contemporary‘s fall entry, Press, piqued my interest and I started DVRing it when it launched earlier this month.

Now mid-run, the limited six-episode British series is worth a watch if you’re in that no man’s land of not feeling the fall launches and aren’t quite ready to dive headlong into the (very) early holiday movies.

Headlined by Charlotte Riley (Peaky Blinders) and Ben Chaplin (who I’m always going to watch because he snagged my loyalty with The Truth About Cats and Dogs two decades ago), the series follows two rival London daily newspapers. Riley is Holly Evans, a deputy news editor at the staid and once-prestigious daily, The Herald. Chaplin plays Duncan Evans, who smarmily, gleefully, runs its competitor tabloid, The Post.

A former reporter with a keen eye for a story even though she’s chained to a desk, Holly is bored with her title but still loyal to her paper, and when a loss hits close to home, it becomes an easy place to deflect her grief. Her work BFF, James Edwards (Grantchester‘s Al Weaver) is an investigative reporter and she helps him fight for the important stories.

Holly garners Duncan’s interest when she approaches him to share a source. While he initially demurs, he relents and then begins a strange courtship trying to entice her over to the seedy side of the news.

Amidst that, they’re both still chasing stories, albeit with very different processes and boundaries. Holly’s boss, Amina Coudury (Priyanga Burford), is trying to keep the paper afloat but running up against the colliding worlds of journalistic integrity and keeping the lights on.

At The Post, new hire and Cambridge grad Ed Washburn (Paapa Essiedu) is struggling to reconcile himself to the moral vagaries of tabloid journalism, and the realization that while a lot of what they do is dismantle people in the public eye very publicly, some of those same people are complicit in being exposed to help shift their personal narratives.

Ed and Holly become unlikely friends, made trickier by their competing employers. While Duncan sails through his day job and the occasional chicanery and blackmail that go with it, his home life is a Dumpster fire. He’s also trying to make his publisher, George Emmerson (David Suchet), happy, which makes for strange bedfellows when he’s sometimes assigned the cover story to serve a larger agenda.

The series begins with a moment and then dials back three months, and three episodes in, we still don’t know exactly what they’re leading up to. Each episode has a different “lead story” for each paper while continuing the personal throughlines.

It’s a compelling watch and the cast is first-rate across the board. The series was created and written by Mike Bartlett and directed by Tom Vaughan. The two previously collaborated on the mini-series Doctor Foster: A Woman Scorned, which crossed over to Lifetime a few years ago and is on Amazon Prime.

Photos and Videos Courtesy of PBS.