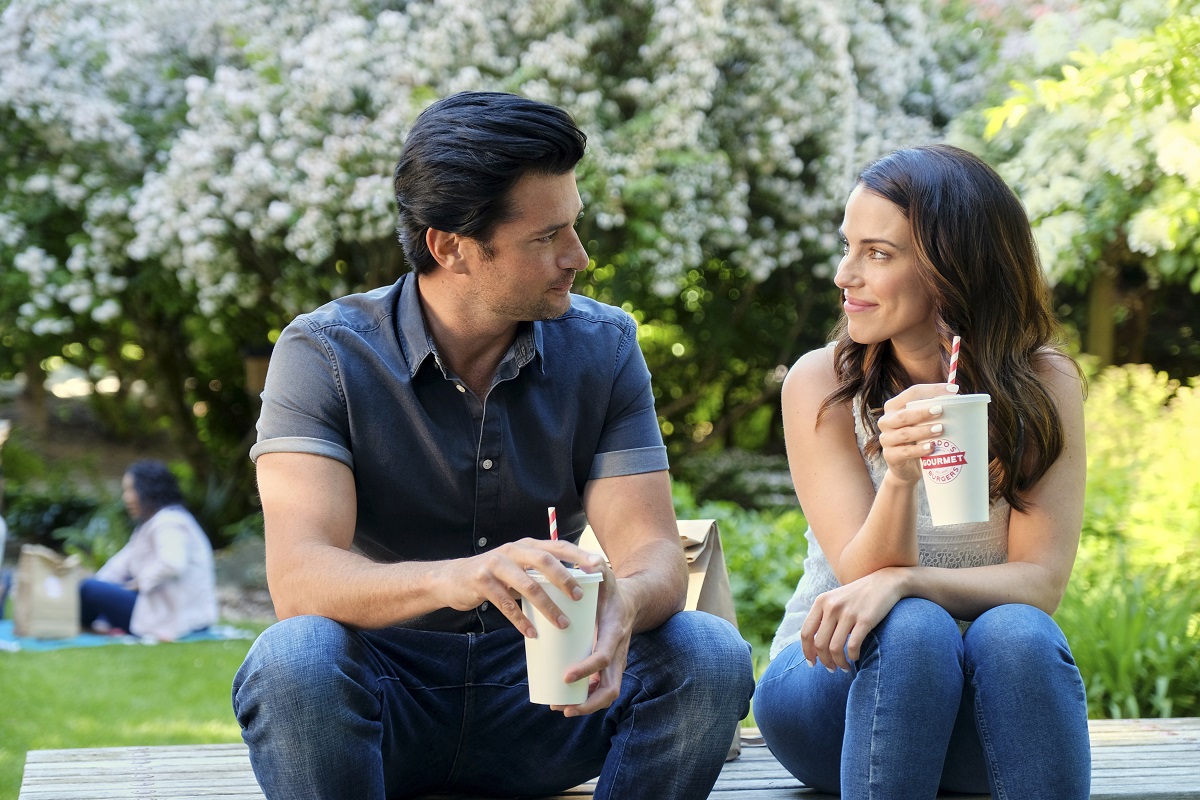 Hallmark Channel has been really good about allowing its actors and actresses to take the creative reins on their projects and move into producing roles. Saturday night, Jessica Lowndes not only stars (opposite Wes Brown) and executive produces the first 2019 Fall Harvest title, Over the Moon in Love, she also wrote the screenplay and co-wrote the songs and score. And she and Brown sing in it, too!

In the film, Lowndes plays Brooklyn, a matchmaker (sharing a theme with Sunday’s Hallmark Movies & Mysteries premiere of Matchmaker Mysteries) whose titular business is given a chance to vault to the big leagues with a well-placed promotional opportunity. The wrinkle is that it would be based on a lie.

Brooklyn’s recently reacquainted with her childhood friend, Devin (Brown), when he pops by the office just in time to meet Stephanie, played by Aurora Teagarden‘s Miranda Frigon, whose original music is also featured. Stephanie is a magazine writer (and daughter of its publisher) who’s dangling a potentially lucrative cover story. Stephanie is immediately smitten with Devin and asks Brooklyn to fudge a match between them.

That all unravels pretty quickly when Brooklyn has to Cyrano de Bergerac the thing. She learns something about Devin that she wasn’t supposed to hear and it knocks her off her axis, making her grieve their 12-year friendship gap.

Lowndes and Brown have a great natural shorthand and vibe with each other as two old friends who pick right back up, even if there’s a bit of card-holding about what they meant to each other as teenagers. It’s also fun to see Frigon play someone light here–she and Matthew Kevin Anderson (last weekend’s Ruby Herring Mysteries) have a crackling chemistry that I’m ready to see in a spin off or sequel right now.