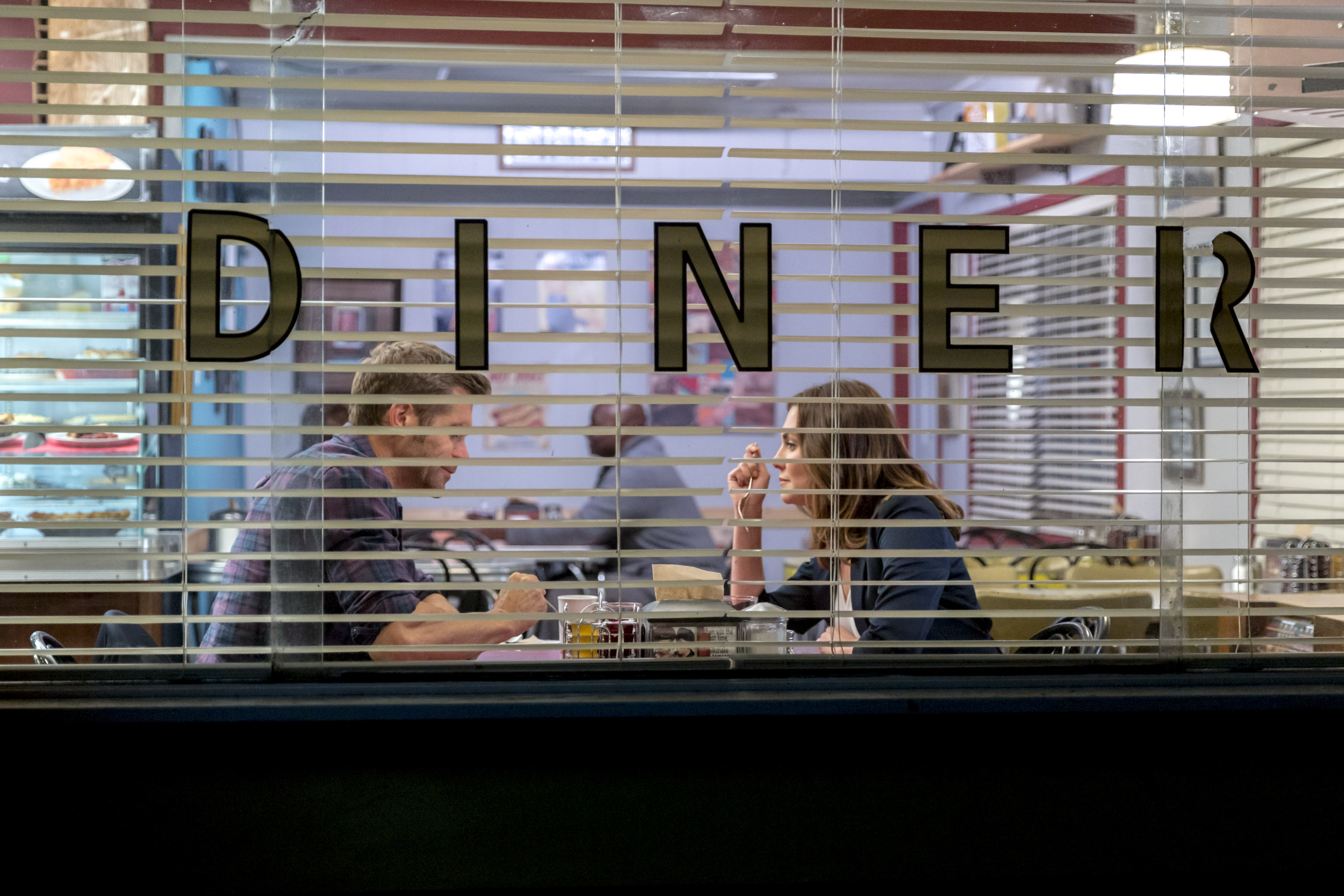 Eight months after its first outing, Ruby Herring Mysteries is back Sunday night on Hallmark Movies & Mysteries for its second film, Her Last Breath. Taylor Cole returns as the titular Ruby, starring once again with Stephen Huszar in a brand new mystery that finds the duo caught up in the murder of a wellness guru. I spoke to Huszar this afternoon about the new film and his other Hallmark projects.

In the film, Hayward plays Ruby’s friend, Natalie, the head of a wellness empire, who dies in a car accident that looks pretty straightforward and is anything but. Ruby wants justice for her friend and starts digging, which puts her on the same path as Huszar’s detective Jake Killian. Once again, they’re at odds while she interferes with police business even as Jake’s baser instinct is to keep her safe.

Huszar has worked across sci-fi, appearing in shows like The Flash and Continuum, as well as the comedies like the Canadian Letterkenny, which is now in the US on Hulu. In recent years, he’s become a familiar face for Hallmark, too, and he was thrilled to be asked back for another Ruby Herring.

“Originally, when they asked [us] to do these, they did indicate there would be multiple films, but you never know. I was extremely excited to get the call that they wanted to go for a second and we’re hoping the fans really support us,” he says.

“We’ve got some really cool chemistry between the two characters that we’re building now. Sometimes with these, it takes awhile to get your footing with the characters and storyline, and we feel like we really have an opportunity to build on it.”

Huszar enjoyed that the new film also pulls back the curtain a bit on Jake’s story beyond the badge. “Jake was a little bit of a mystery in the first one. We didn’t know much about him. As an actor, it’s beautiful to show the audience more about what makes Jake tick, where he’s from, and why he’s doing things and why he makes certain decisions.”

“And he’s a family boy, like I am personally. There was a lot added to this film that I really connected to in a personal way that grounded my character and made him more lovable and relatable to the audience.”

In the film, Ruby and Jake get past their friction about her involvement in the case and find some common ground that moves them closer to a friendship. “Ruby’s a tough nut to crack, which is always fun when you’re an actor and building a character relationship, because you have somewhere to go,” explains Huszar.

“They are building a friendship and trust and that’s really compelling because we can see how they can work better with each other. Their efforts are synergizing a bit more and the adventures they go on now can grow into something bigger than we can imagine. If you start with a friendship first, you’ve got a really strong foundation.”

With several of the cast returning, and the addition of Shipp, with whom Huszar shares a tie to The Flash, the actor enjoyed the camaraderie of the group atmosphere on set. “We’re very much a family, Very supportive. It’s wonderful because we know this is the start of something great. The more we can support each other, the better it is for everybody. We grow together as a family, as well as our characters. It was wonderful to see so many of the cast come together.”

Last month, Huszar was part of another Hallmark ensemble, co-starring in My One & Only on Hallmark Channel. “That was the first time I worked with Pascale [Hutton]. We got along like two peas in a pod,” he shares. Hallmark feels like a family now and it grows more and more each time.”

“It’s a really fulfilling job. I get to create friendships that hopefully last a lifetime. Bruce Dawson and I had worked together and studied together. You realize how small this acting world is, because you start to work with people again and it becomes very, very enjoyable.”

Huszar is no stranger to Christmas movies, and in case you missed it, there’s a fun one on Netflix with a tie back to Hallmark–Christmas Wedding Planner, which co-stars When Hope Calls’ Jocelyn Hudon. He has two more coming this year–Mistletoe Magic (US network TBD but Super Channel Heart & Home in Canada) and Hallmark Channel’s Homecoming for the Holidays (working title). We’ll have more of our chat on those closer to their airing.

Previewing Hallmark Channel's Over the Moon in Love