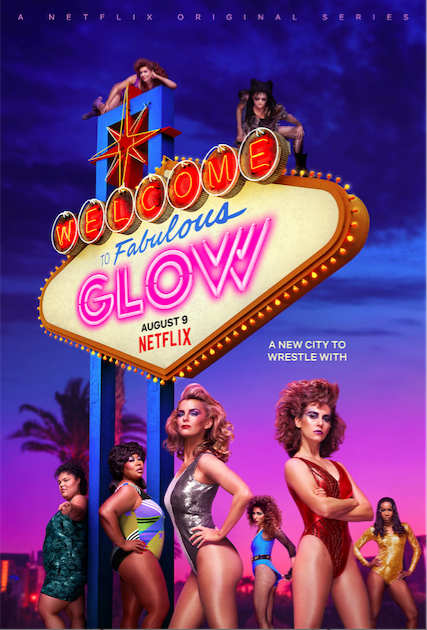 Only one more round to go for Netflix’s GLOW.

The streaming juggernaut has announced bittersweet news about the wonderfully quirky series that centers on the fierce females of the Gorgeous Ladies of Wrestling. This whole universe is based on the wild wrestling show that aired in the late ’80s.

The good news: GLOW has been renewed for a fourth season. The bad news: it’ll be the dramedy’s final one.

The third season focused on Ruth (Alison Brie), Debbie (Betty Gilpin) and their fellow lady wrestlers. Their show may have been cancelled but they didn’t let things end there. Along with Sam (Marc Maron) and Bash (Chris Lowell), the entire group left Los Angeles in favor of Las Vegas where they set up a live act at a casino/hotel run by Sandy Devereaux St. Clair (Geena Davis).

Developments included Sam and Ruth briefly (way too briefly) capitalizing on all those sparks from the first two seasons, Debbie honing her producing skills (and becoming a badass business force of nature in the process), Sheila finding her true self, Bash and Rhonda navigating their marriage situation, and Sam’s daughter selling her screenplay and attaching her dad as director.

The GLOW girls also performed their own special version of A Christmas Carol with Ruth and her Russian super villain alter ego Zoya the Destroya taking on the role of Scrooge. One of the dangling storylines we’ll actually get to see tackled once new episodes return, Carmen left the gang to go tour with her wrestler brother.

This Sunday, Gilpin is up for Outstanding Supporting Actress for a Comedy for her work as Debbie Eagan. The 71st Annual Primetime Emmys air Sunday night on FOX at 8pm ET.

Catch up on the first three seasons of GLOW only on Netflix.