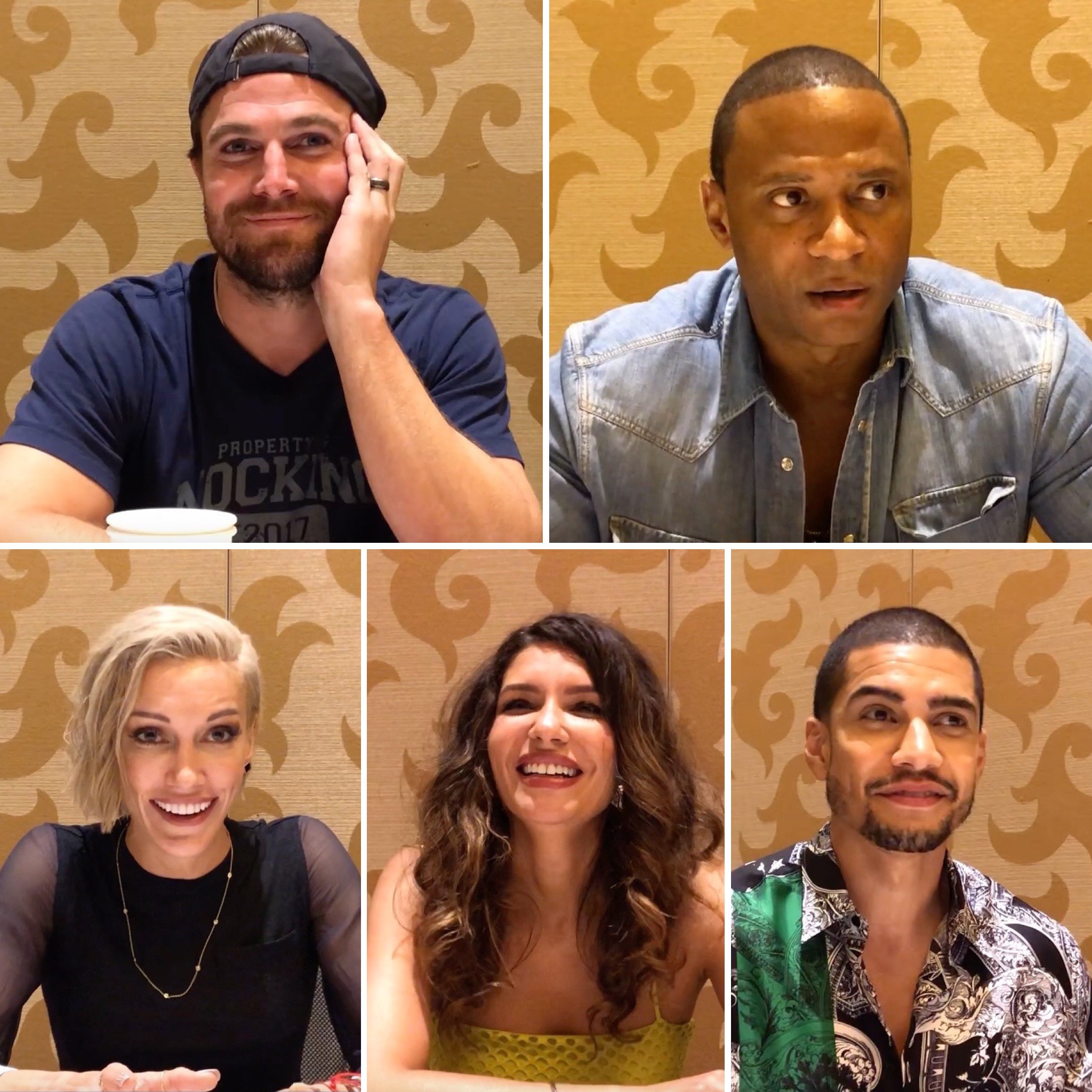 In a little over a month, the final season of Arrow hits the CW. It’s exciting because we’ll finally get to see how this particularly story ends.

At the same time, the vibe will be bittersweet as fans watch the grandaddy of the Arrow-verse fade to black after a shortened season eight consisting of ten episodes. But that won’t happen until the show unleashes many epic surprises, huge returns and a massive five-hour crossover focusing on DC Comics’ sweeping Crisis on Infinite Earths storyline.

Below the cast talks about the eighth season, their show’s legacy and what they want for their characters before the lights go out on this action-(and angst)-heavy drama.

What Amell talks about:
-Saying goodbye after “a good, solid eight years of working really, really, really hard”
-How much he loves finales
-The very little that he can say about “Crisis on Infinite Earths”
-Oliver’s new suit (and old bow)
-The first three episodes of Season 8 (WARNING: mild spoilers)
-What he’s taking with him from the set
-On Oliver’s bucket list for final episodes (it involves Felicity and Mia)

What Ramsey talks about:
-Questions that will be answered for John Diggle in the upcoming final season
-His perfect ending for Diggle and Oliver
-Diggle and Crisis on Infinite Earths

What Harkavy talks about:
-Dinah in Crisis on Infinite Earths
-Dinah at the beginning of season eight
-On her bucket list for season eight
-Her character’s progression since she joined the show
-Dinah in Star City without Oliver
-The tone for Dinah at the start of the final season
-The legacy of Arrow

When the new episodes return, Oliver Queen’s on a Multi-verse mission with the Monitor. The very final season premiere for Arrow lands on the CW Tuesday, Oct. 15 at 9pm ET.