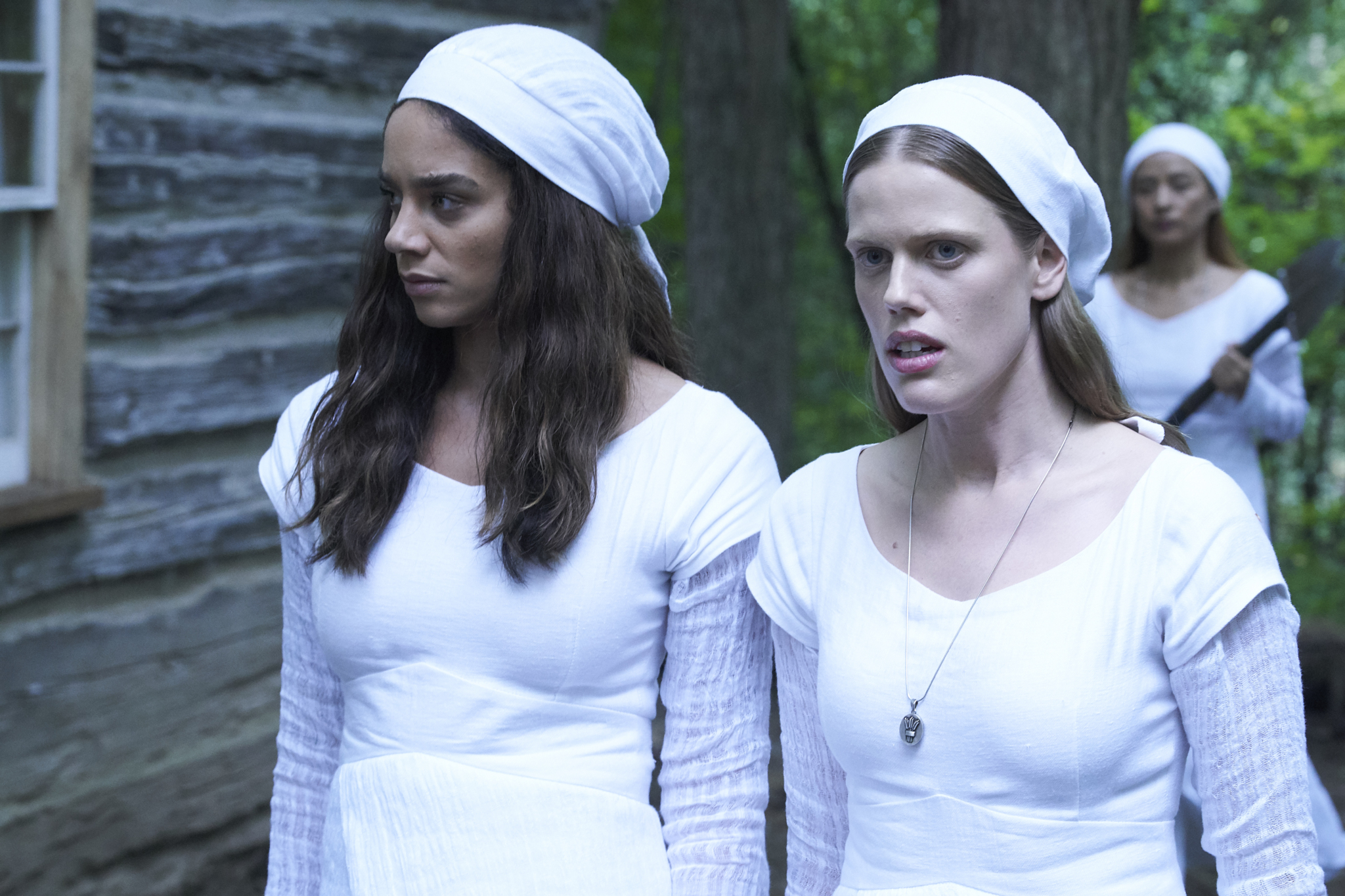 This week on Killjoys, Zeph finds out that while you can go home again, it’s not always the best idea, as the boys work inside the prison to turn Rennika’s prisoners into an army against The Lady.

Zeph remembers that her recollection of the mama spider is from her adolescence and in order to track down the details, she has to go back home, something she’s not done since was 15. So, you can imagine the emotional baggage that entails. Fortunately, Dutch has her back.

The matriarchal society we meet doesn’t disappoint–it’s as weird and terrifying as Zeph talked about and we see in spades why she ran far and fast away from it. Look for fun casting as Kelly McCormack‘s sister, Hilary McCormack, guest stars as Zeph’s sister. The ep is also also an interesting gender commentary that yep, women can be just as shitty at running a society and holding each other down.

In her time away, and with the love and support of her found family, Zeph buys into the party line for about a minute and a half before her stronger self prevails, but a particularly startling drug-induced dream still rattles her.

Meanwhile, Johnny and D’av negotiate with Rennika and the prison’s in-house shrink (Slasher‘s Paulino Nunes) to borrow and train a selection of prisoners (that include Octavio and Calvert) as a scrappy ground force to fight The Lady’s troops. It’s all well and good until a game of laser tag goes sideways when somebody goes off book and starts murdering people.

Completely randomly, D’av also hilariously, and awkwardly, test drives being Johnny’s wingman, while an oblivious Johnny is deliriously happy to be reunited with Lucy. In the process, D’av gets the BEST response from Calvert when she misunderstands his line of questioning. And in a development shocking to absolutely no one, Fancy is revealed to be quite the Renaissance man.

On the Armada, The Lady is starting to burn through her teenage host, and after a come to Jesus from a surprising source, Khylen re-evaluates what he’s doing in helping her. Then the script changes again when she senses his wavering loyalty and throws out a tantalizing counter offer.

The episode, written by Julian Doucet and directed by Paolo Barzman is a fun balance of our TAF shenanigans and some heartfelt moments of claiming the family you choose and finally putting longheld demons to bed so the slate is cleared for the battle ahead.

Killjoys airs Fridays at 10 pm/9c on Space Channel and Syfy. All of our Killjoys coverage, including 16 Season 5 interviews so far, is here. You can catch all four seasons and the first six Season 5 episodes on demand on the Space Go app and Syfy app and website. Here’s a sneak peek of “Don’t Stop Beweaving.” Come join the live Tweet and then check back after the East coast air for two new interviews!