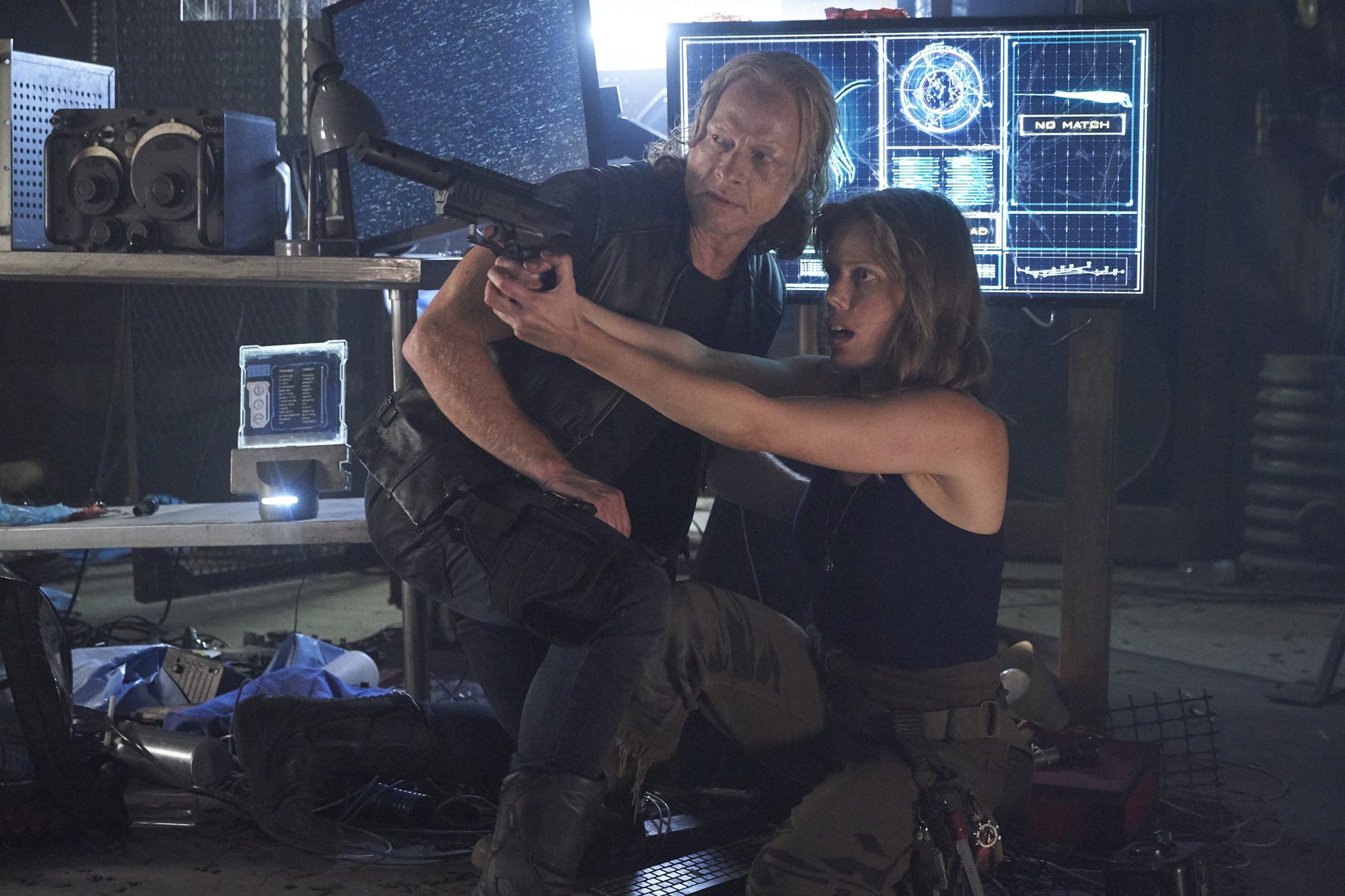 Join me on the lovely River Denial, won’t you? We’re in the home stretch of Killjoys‘s final season, and every episode closer we get to the end, the more I both rail about the dammit of it all and simultaneously want to hug my laptop for the deliciousness each new hour delivers.

“Cherchez La Bitch,” series creator Michelle Lovretta‘s next-to-last script for the show, directed by Paolo Barzman, is a RIDICULOUS amount of fun. This is what the cast repeatedly teased during the press tour last summer. With nothing left to prove or lose, the writers just got to go for it. And who better to unleash these characters than their mama?

On the face of it, the episode is another set of field trips, and the divide-and-conquer team ups are mined to rich effect. First up, we have the genius triumvirate of Zeph, Pree, and Turin out in the desert boonies doing their own version of “What’s in the box????” This would be the first gentle suggestion that you pee before the episode.

Separately, TAF heads down to Leith with a familiar face and fourth member on loan from Rennika to score some tech and gets a rude awakening when they expect a military base and discover something else entirely. Dutch and D’av as would-be docents will give you life. [Warning #2]. And Johnny and Dutch being reunited gives us a very naughty, fun callback to the pilot. [Warning #3]

It’s not all shenanigans, though. On the Armada, Fancy’s in a terrifyingly sticky wicket after being captured. And The Lady is Evil Willow levels of “bored now” with Khlyen’s grief, so she takes her rage out on Westerley (again).

Zeph and Turin split off to do more spider research back in Old Town and Pree and Gared have a difficult conversation in a pair of scenes that are so quiet, heartfelt, and good. And Kelly McCormack gets to peel back more layers of Zeph and how far she’s come–revisiting something we’ve only really seen her discuss one other time–and perhaps growing Turin’s heart two sizes in the process.

And that’s all I’m telling you. It’s another terrific outing and the gift that keeps on giving. I also love that it’s still surprising us and recognizing and rewarding us for being hopeful. Go. Watch. Live.

Killjoys airs Fridays at 10 pm/9c on Space Channel and Syfy. All of our Killjoys coverage is here. You can catch all four seasons and the first six Season 5 episodes on demand on the Space Go app and Syfy app and website. Here’s a sneak peek of “Cherchez La Bitch.” Come join the live Tweet and then check back after the East coast air for my exclusive interview with Thom Allison!

Photos and Videos Courtesy of Space Channel and Syfy.