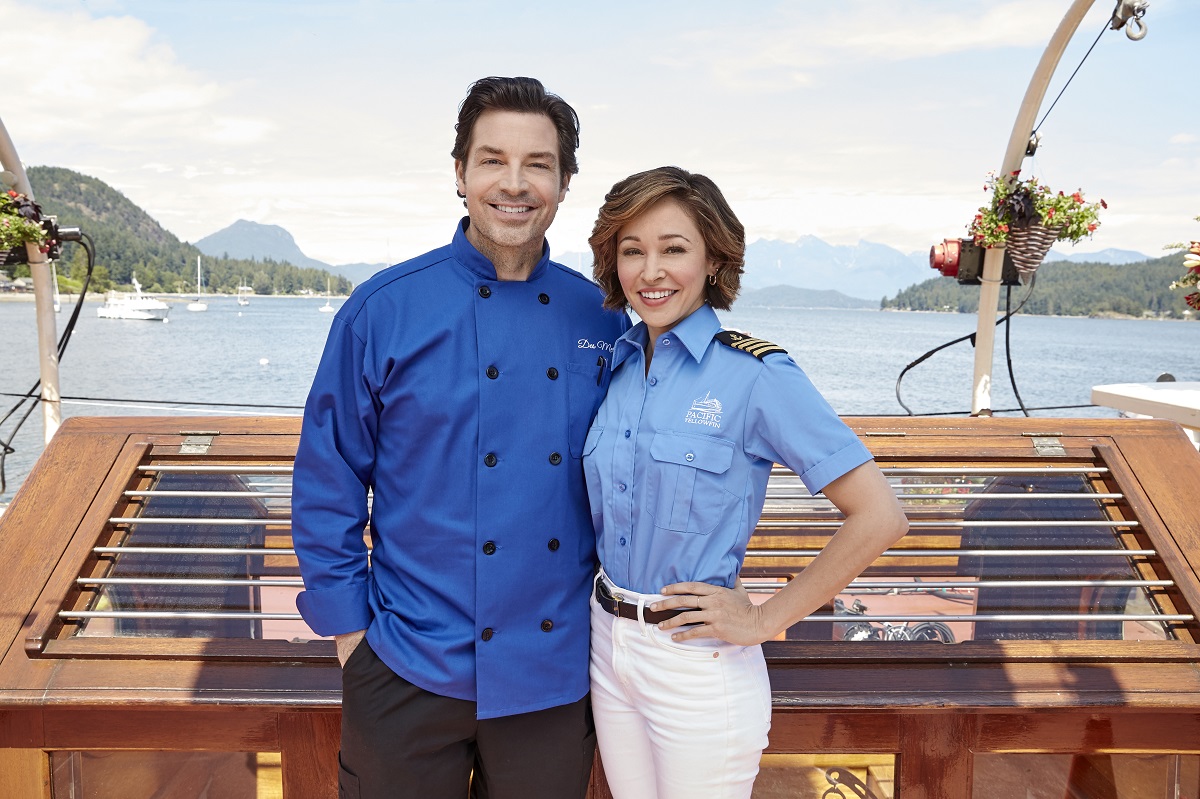 Hallmark Channel rolls out another first-time Hallmarkies favorite pairing Saturday night when it teams Brennan Elliott and Autumn Reeser in All Summer Long, a romance set against the backdrop of cooking and sailing.

Reeser plays Tia, a rising lawyer at the law firm run by her father (Michael Kopsa). She’s itching for a sailing sabbatical when an opportunity that’s too good to pass up presents itself. Brennan is Jake, a chef who’s unhappy at his current restaurant and equally anxious to do something different.

Enter Roland and Julie, played by Peter DeLuise, who also directs, and Anne Marie DeLuise. When they unexpectedly offer Tia and Jake a way out of their doldrums by joining their new dinner cruise, they also unwittingly open up a well of old, not-quite-buried emotions.

It turns out Tia and Jake were long-ago sweethearts who parted under not-great circumstances. Fast forward and both are mature enough to realize they’ll have to separate professional and personal, but that gets muddy when Tia is befriended by Bennett (Christopher Russell), who owns a neighboring yacht, and Roland is sidelined by an injury.

Forced to work closely together to get the restaurant up and running, Tia and Jake find it trickier to unpack who they were and what/who they wanted at 22 and where those priorities land now. Throw in a couple of other wrinkles, and it takes a while to land on equal footing. DeLuise directs a script by frequent Hallmark writers Judith and Sandra Berg, who gave us another foodie movie with A Dash of Love.

All Summer Long premieres Saturday at 9 pm/8c on Hallmark Channel. Here’s a sneak peek. You can also catch Elliott this fall in the next Crossword Puzzle Mystery over on Hallmark Movies & Mysteries. That preview special is here.