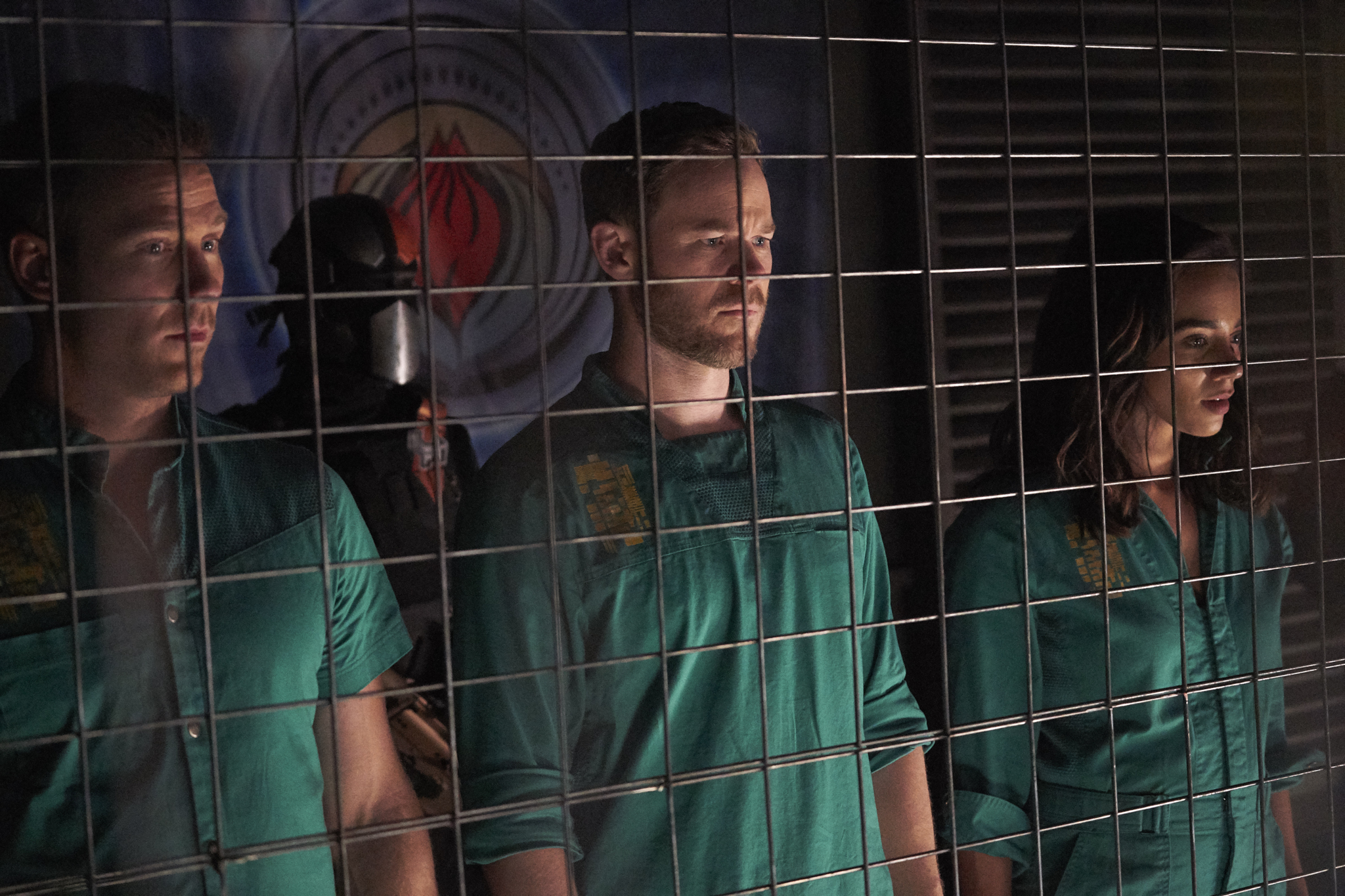 The final season of Killjoys is the gift that keeps on giving and tomorrow’s episode is no exception. “A Bout, A Girl,” written by Andrew De Angelis and directed by James Genn, is a delightfully mixed bag of field trips and fight clubs as only Killjoys can do it.

Team Awesome Force faces a new challenge–literally–when a Qreshi-endowed fight club is activated and the crew realize their way out of the prison might involve getting in the ring (which is actually a rectangle, but…). In some wonderful callbacks, we’re reminded that all three could do it, but Dutch answers the call.

For her, it works on two fronts–punch through the sticky emotional stuff she still can’t get through with Johnny and move them all one step closer to Westerley and beating The Lady. Look for a really lovely scene between her and D’av, and a flipside comedic moment that made me howl and reminds us that Luke Macfarlane is not only devastatingly handsome, he’s also devastatingly funny.

Back on Westerley, Khylen and The Lady camp out at the Royale hoping to find their rebels. Instead, Khylen does his usual beverage service with a twist to further destabilize The Lady’s certainty about her mission. And he may or may not be helping someone we love.

They’re not the only ones out of their element. In another terrific callback, Delle Seyah and Jaq are searching a distant forest for one of Khylen’s mirror cubes while also working through some teenager vs. mama drama. The payoffs for their heart-to-heart are delicious on many levels.

This episode marks the halfway point of Season 5, which is TOO. FAST. But, big picture, I’m immensely grateful we’re getting them a week at a time so we can really enjoy them. With this one, though, you’re going to wish there was magically a second hour rolling right behind it. Set those DVRs to run over if you’re time-shifting!

Killjoys airs Fridays at 10 pm/9c on Space Channel and Syfy. All of our Killjoys coverage is here. You can catch all four seasons and the first four Season 5 episodes on demand on the Space Go app and Syfy app and website. Here’s a sneak peek at Friday’s episode. Come join the live Tweet and then check back after the East coast air for my exclusive interview with the Andrew De Angelis!