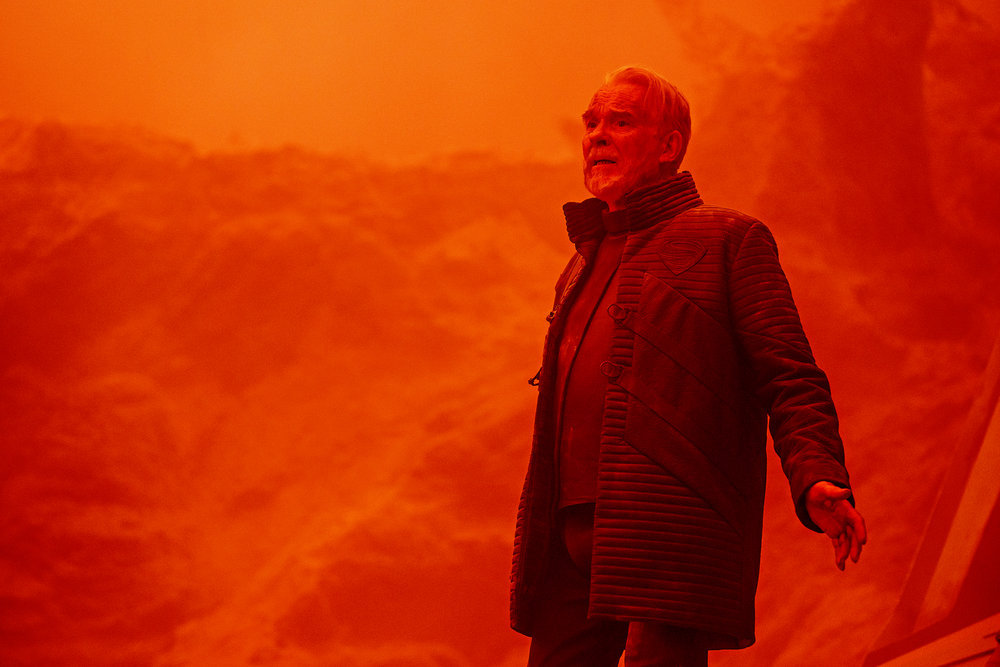 I am officially traumatized by this season.

First, Dru-Zod’s insanity is fully fleshed out through Lyta’s exposition of what she experienced before the Black Mercy was administered.

He not only beat her into physical submission, he then replaced her with a compliant clone and stuffed the parasitic plant into her facial orifices to keep her unconscious.

When she reveals his plans to use Doomsday to wipe-out anyone who stands in his way, Seg voices the need to warn Val-El and the rebels on Wegthor.

Jayne doubts there’s a way to get there but Dev provides them with a junker of a modified skimmer that he managed to land on Krypton when he deserted his Sagitari post on Wegthor.

With Nyssa to guide him on Wegthor, they head out.

Of course, before they go anywhere, there’s the whole love triangle angst to air out.

My love of Nyssa really knows no bounds as she turns out to be way more self-aware than I had given the writers credit for. When she comes clean with Seg about her feelings for him, it just turned the usual unrequited love trope on its head and I’m totally on board for that.

Even if Seg has to be the unexplainable object of all this affection.

Jayna and Lyta’s reconciliation was done amazingly well. With both parties feeling incredible guilt for everything that’s transpired, it was gratifying to have mother and daughter find each other despite all that emotional baggage.

I love you. You are and always will be the best part of me.

Dev and Lyta have a trickier time of it since, apparently, the Lyta clone found comfort in Dev’s arms for some time while the real Lyta was out of action. So awkward. Especially in light of his current relationship with Jayna.

Their discovery by active Sagitari signals a change in the wind for Dru-Zod as the soldiers respond to Lyta’s management style of actually caring about the people fighting and dying for Krypton.

On Wegthor, things kick into high gear when Seg and Nyssa arrive with the news that Dru’s space force will be arriving soon.

Val sets a plan in motion to line the tunnels with explosives. Seg reunites with Kem and Adam who have honestly become a very efficient duo while continuing to banter better than anyone else on this show.

Kem: Look at you, sounding like a real soldier.

Adam: Y’know I’d be into it if it wasn’t for all the rules, and crappy food, long hours, killing…

Adam: Mostly the killing and the blood.

And, with Kem spinning Seg into an arm-twisty hold when Seg sneaks up on him, we establish once again that EVERYONE is better at fighting than Seg.

The fight for Wegthor is horrifying. Doomsday’s massacre of the resistance fighters is completely overwhelming.

In order to evacuate and escape, the resistance have to take control of the single Kryptonian space ship Dru sent. And this requires them to kill the Sagitari guarding it. Nyssa shines in battle, ruthless and unstoppable.

And then they broke my heart. In order to detonate the explosives and save his friend, Kem locks Seg out of the tunnels where Doomsday is systematically destroying every person he comes across.

Kem is no superhero but he’s always been the best of Krypton, Rankless or not. He’s a realist, a fighter, able to adapt to survive and defiant to the end.

When Doomsday has him impaled and dying, his last act is to give him the (apparently) universal middle finger salute before dropping the detonator which manages to trigger on impact with the ground.

Val-El’s plan works a bit too well and beyond blowing up the tunnels, his explosives ignite the very resource Dru needs so badly to fuel his fleet — stellarium — and the whole moon basically blows up.

We see that Seg manages to get to his modified skimmer and the surviving resistance forces, including Adam who has sustained a serious spinal injury, manage to board the space ship and launch before the explosion.

Blowing up Wegthor won’t kill Doomsday but Kem’s remains can be assumed to be scattered throughout the star system.

Rest in Peace, Kem. You went out a hero despite yourself and your sacrifice is Krypton’s loss.

Krypton‘s season finale will air on Wednesday, August 14th at 9/10c on Syfy.