Killjoys Preview: “Blame It on the Rain” 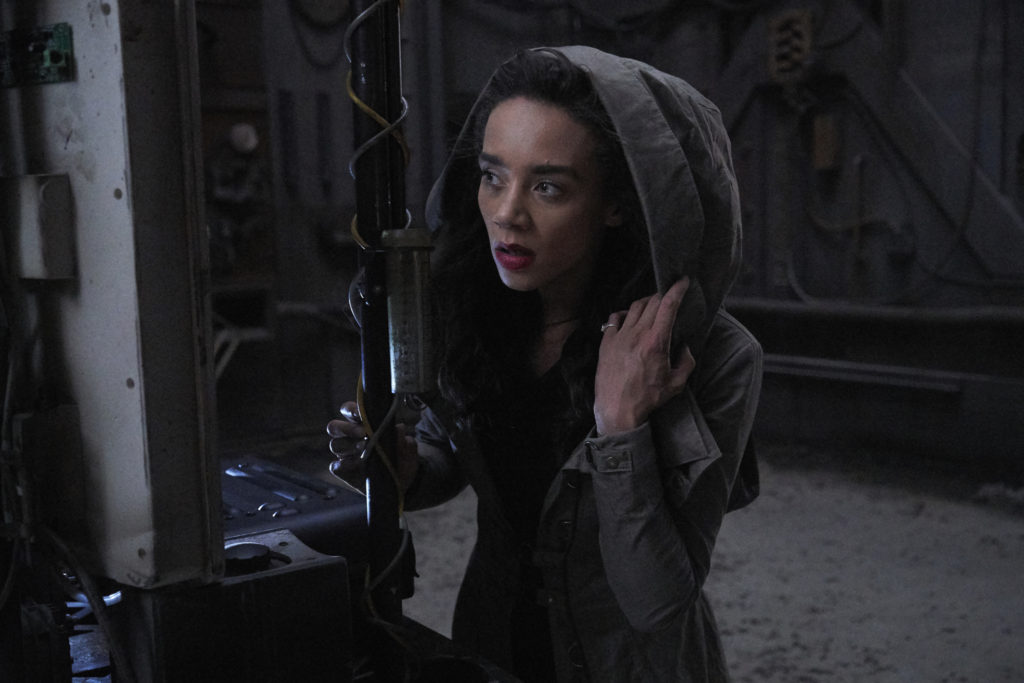 I loved, and still love, Tom Petty. Years ago, immediately after a layoff, I found myself entranced by Runnin’ Down a Dream, Peter Bogdanovich’s very good, and very long. documentary about him and his music. About three hours in, I realized my face hurt from smiling so much. “Blame It On the Rain” yields the same effect, but in a comparatively merciful 44 minutes.

When we last left Dutch, she and Zeph were on the run and Zeph had been shot. The action picks up immediately with Dutch doing what she can with limited first aid supplies while Zeph hilariously drifts in and out with snippy instructions. That attempt to help also begets terrifically snarky scenes with new Turin. He’s not our only snarky return, either. We get a quick check-in on Fancy, too. No spoilers.

All the boys–D’av, Johnny, and Pree–are left to their own devices to try to find her. The Jaqobis pair up in amusing ways, still trying to one up each other despite not realizing they’re brothers. And Dutch makes a bold play to try again with the reset that will not help you with your Luke Macfarlane problem.

Khlyen is still in a bad way with The Lady, and Dutch doesn’t help his case. Then The Lady pulls a twist he doesn’t see coming that adds Alanna Bale (Cardinal/Good Witch) to the cast, and threatens a couple more curve balls. Not sure yet what the play is there, but Rob Stewart is doing a great job of balancing Khlyen’s usual bravado with a titch of actual fear.

Look for a really lovely, layered scene with Zeph and Dutch that builds on their three seasons of history, and shows us that the love and admiration between the women was always mutual. I’m pretty sure Hannah John-Kamen and Kelly McCormack will break you.

And that’s all you’ll get out of me, because it really is such a fun yarn of an episode with a mix of the drama and goofy we love, the return of a couple more familiar faces, and several lines of dialogue I need printed out on t-shirts, bumper stickers, buttons, tattoos… Peter Stebbings, in his fifth outing, directs a script by Nikolijne Troubetzkoy, who wrote last season’s “What to Expect When You’re Expecting an Alien Parasite” and Season 2’s “The Wolf You Feed.”

Killjoys airs Fridays at 10 pm/9c on Space Channel and Syfy. Come join the live Tweet! All of our Killjoys coverage is here. You can catch all four seasons and the Season 5 premiere on demand on the Space Go app and Syfy app and website. Here is a sneak peek of tomorrow’s episode. Click here for my exclusive interview with Peter Stebbings.

Krypton Gets Its "Zods and Monsters" Confused