Krypton Dreams of “A Better Yesterday” 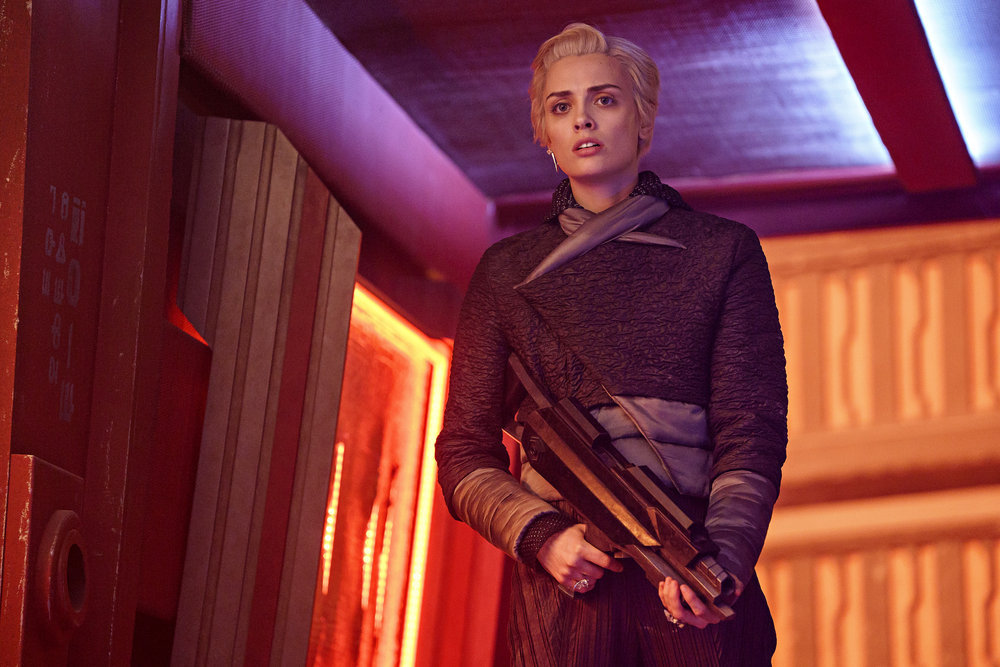 Ho-ly crap, Batman. There’s a LOT to unpack at this mid-season point.

At the same time, I can appreciate that this show still manages to surprise me.

In the wake of Dru-Zod’s plan to wipe out the rebel ground forces with tainted oxygenators coming to fruition, the expectation would be a surrender of sorts or some sort of victory lap or both up on Wegthor.

Furthermore, with Brainiac lending Seg some decent skillz, I would’ve predicted more of an ass-whooping down on Kandor.

Instead, we get a whole lot of talk. There’s Lyta spewing her somatically-reconditioned dogma about peacefully ending the war. There’s Dru rambling on about his childhood. There’s Val expounding the high road and his belief in the inherent good in people.

And Seg. When he’s not channeling Brainiac, he’s just as ineffectual as he ever was. Not sure why Dru wasn’t able or willing to disarm him sooner than he did.

So I know the House of El is all about virtue and nobility but in the context of this war, neither representative inspires a lot of confidence in me.

Thank god for the characters who actually do something.

Jax-Ur, having had her genocide device thwarted, reveals that her ocular implant isn’t just a fashion choice, it’s also a laser weapon. She uses it to turn Lyta’s parlay into a hostage-taking and then starts making demands of Dru-Zod with the only leverage they have.

Jayna and Dev make their move to Kandor with the goal to kill Dru-Zod. (Of course, they have to tell everyone in the Outlands that that’s their plan first.) I like Dev’s confession that Jayna is the only thing he believes in anymore.

Brainiac, despite not having a body, manages to turn Seg into an effective soldier. Would’ve been more helpful if he’d lent a hand when he directed Seg to kill Dru. That fight was just embarrassing. However, neutralizing the somatic reconditioning does give Seg the upper-hand for a moment there.

Nyssa, gutted with the information that she was used to deliver the tainted oxygenators to the rebels, makes the decision to go all-in as everyone’s favorite turncoat and takes out the guard watching Adam and Kem.

Kem follows his gut (and scanner) and figures out that Zod’s newest sneakiness. I’m pretty sure he wasn’t prepared to see Jax-Ur cut Lyta’s throat on a planetary broadcast but he did report the hidden Sagitari forces.

Now, I don’t know what the rules of time-travel are here but so far we’ve seen that Seg’s vision in the Phantom Zone has already changed, with him taking Lyta’s place in Dru’s murderous grip.

Furthermore, having your mother killed before she gives birth to you might put a crimp in your sense of place. Mind you, Dru was pretty close to killing his own father so, then again, maybe it doesn’t.

Jax-Ur’s execution of Lyta was gruesome and shocking. It also plays the only card they held. Dru’s forces are still on Wegthor and there’s no reason for them NOT to attack now.

The striking thing here is the similarities being drawn between Jax-Ur and Dru-Zod. Val-El repeatedly warns Jax about becoming like Dru. Both Jax and Dru state they are willing to do what needs to be done.

However, Jayna warns that Dru is more than a tyrant, he is a conqueror. He isn’t content to hold power, he must always expand his control and his control must be absolute. His vision, as Lyta explains it, is to bring everyone onto his side, to make everyone think his way.

Jax, on the other hand, is a disruptor. There’s a touch of anarchy in her mission. She fights to give “the people” the power, whether or not they are ready or able to wield it. Still, the ends will always justify the means and she is far more dispassionate about the human cost and more pragmatic about emotional vulnerabilities than Val.

While we wait to see what plays out next, I can’t help but wonder about when the potential Lobo-hosted Brainiac incarnation will arrive on Krypton as well as where the heck Doomsday has got to.