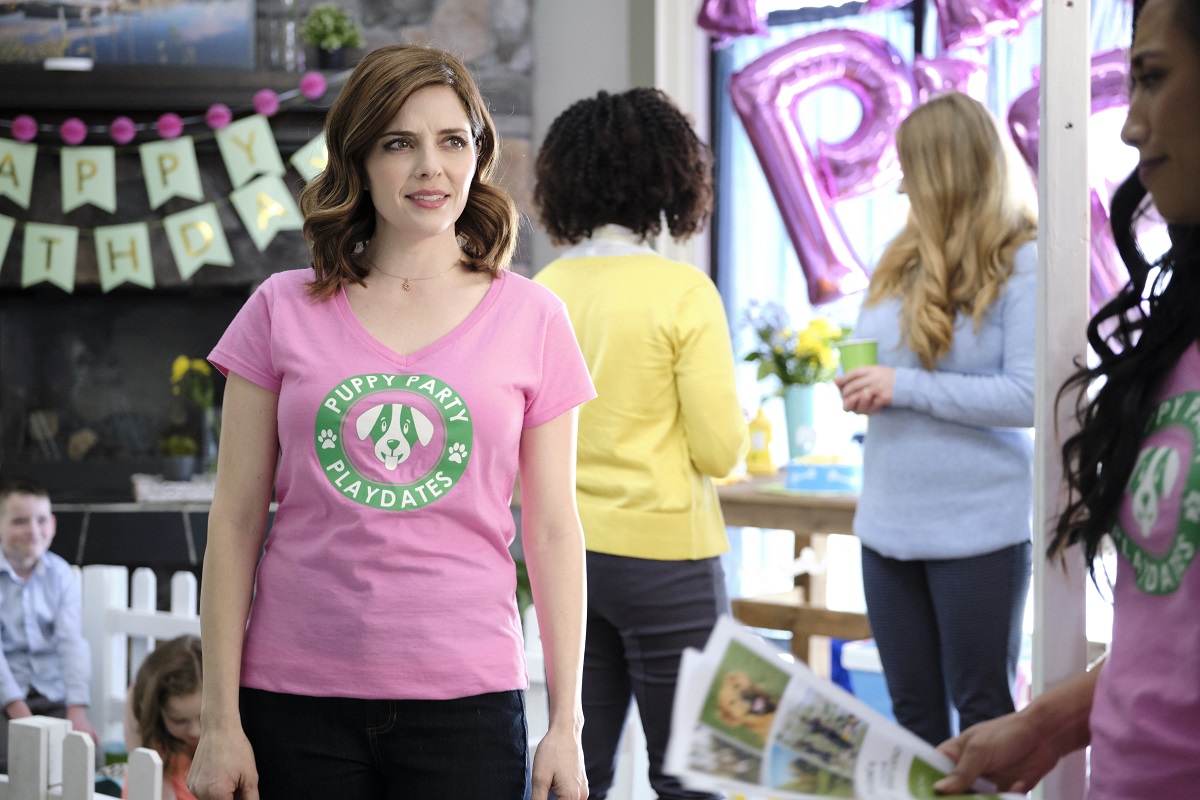 Jen Lilley returns to Hallmark Channel Saturday night in Love Unleashed, co-starring opposite Christopher Russell (Van Helsing/Forever Christmas) in a meet-cute tale with puppies! The film reunites Lilley with her “work wife,” Christie Will Wolf, who wrote and directed the movie, based on a story by Barbara Kymlicka. Lilley gave us a sneak peek when we chatted for Paris, Wine & Romance.

This is the movie she was working on earlier this year when the PWR offer came along. “[Love Unleashed] is produced by Tim Johnson. It’s my third movie with him [after Hallmark Channel’s Eat, Play Love and Yes, I Do] and fifth or sixth with [Wolf after A Dash of Love, Eat, Play Love, Harvest Love, and Yes, I Do]. I’ve lost count now. I play Hailey. She works for her family’s accounting firm. She loves dogs and is particularly passionate about shelter animals, which is right up Hallmark’s alley,” explains Lilley.

“It’s a hobby of hers and her passion is rescuing animals. She works with a local shelter and runs a company called Puppy Party Playdates. When I was little, people would hire clowns or magicians for birthdays, and now parents hire princesses and people to come and dress up as their kids’ favorite characters.”

“Hailey brings puppies to the party. They’re shelter dogs and she talks to the parents about adopting and fostering. It’s the way she gives back to her community. There’s a plot of land in town that she wants to make into an off-leash dog park or sanctuary for the dogs.”

“Then she meets [Russell’s character, Ryan] a man [with a young daughter, played by Bailey Skodje] and doesn’t realize he’s the lug-headed city planner who wants to put in another strip mall, so of course they butt heads. It was cute. It’s a fun movie.”

The Devil We Know: Lucifer's Resurrection on Netflix and What Went Right