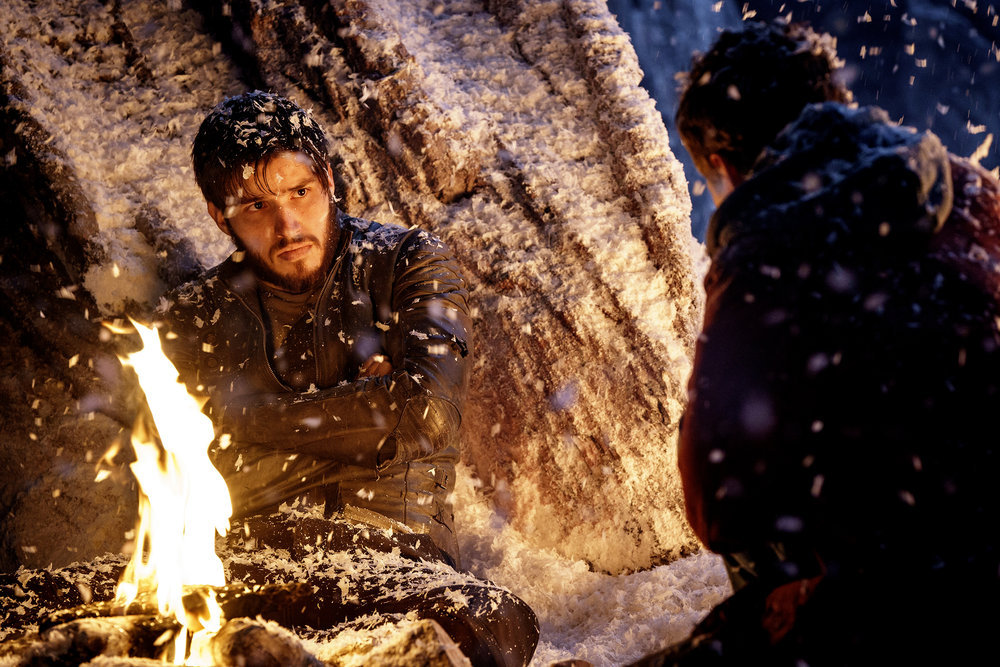 Conversely, Dru-Zod has shown that he’s a master planner, taking control of nearly every potential variable in his systematic subjugation of the planet.

Not content with two planners, Krypton also has Jayna-Zod scheming with Dev AND Jax-Ur and Val-El leading the resistance to Zod.

There are a lot of revelations made here, not the least of which is Brainiac is still kicking around inside Seg’s head. Good thing too because Seg would probably have been a goner if he’d been reconditioned and Brainiac wasn’t playing defence.

It’s not a total WTH reveal though. The opening scene was a flashback to the first time Seg and Lyta met. Not exactly sure how Lyta fell for the lines he was dropping but whatever. Seg realizes it’s a dream when Brainiac suddenly makes a peanut gallery comment and startles him awake.

The elegance of the scripting is such that when he repeats a statement from that first meeting to Lyta and she doesn’t recognize it, we suddenly realize she’s probably been reconditioned herself.

Which is a relief because after we see Dev’s flashback on Lyta ordering a massacre of civilians, confidence in Lyta’s redemption-value was sorely wavering.

Love the fact that Kem is in Dev’s Sagitari troop. Who am I kidding? I just love Kem. He even makes Adam more tolerable.

Back to the plans, right.

End to end, Seg’s primary plan is silliness. Of course, it all goes out the window when he finds Lyta and they just tumble into bed. Then, there’s the run-in with Raika and the whole Brainiac-conditioning reveal.

Beyond revealing that the conditioning probably didn’t take, it seems like the procedure may have given Seg a few skillz he didn’t have before.

Jax-Ur’s secret plan to use a Codex-sourced genetic weapon to annihilate the Sagitari is foiled by Nyssa’s sexy times with Araame. Going to Val-El (who, honestly, is a bit of a soft-touch for Nyssa’s woebegone act) he sabatoges it, somehow allowing Nyssa to walk off with the Codex at the end of it.

We’re still in the dark on what Jayna’s plan to kill Dru is. Her scene with Dev seemed isolated, both geographically and plot-wise. It gave us Dev’s backstory on his defection (and Kem!) but not a whole lot more.

We end with Krypton at its cliff-hangiest. All the rebel ground troops are dead, tricked into using tainted oxygenators by Nyssa. The small underground team led by Araame, Adam, and Kem is surrounded by Lyta’s troops. And Lyta is damned confident in declaring the war at an end.

Of the plans in motion, Dru-Zod’s seems to be the fait accompli but there are so many new variables that even he doesn’t know about.

I suspect Nyssa will be creative with her possession of the Codex. Once she gets Cor-Vex back, there will be hell to pay.

I still think Brainiac and Lobo will be re-appearing in some new crazy villain form.

Lots of anticipation and got my fingers crossed on a few things: