City on a Hill Preview: “If Only the Fool Would Persist in His Folly” 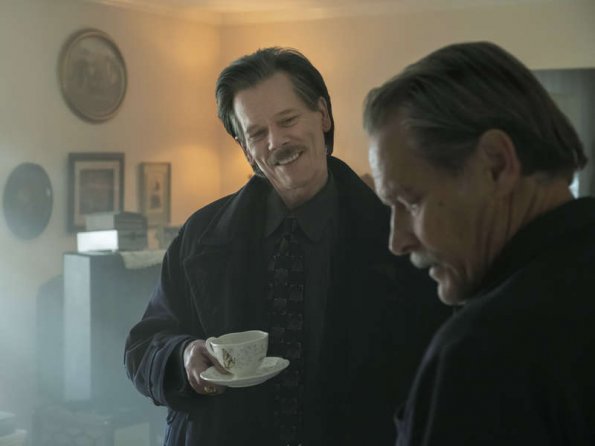 Jackie Rohr is in rare form Sunday night on the next episode of City on a Hill. We only get a precious few minutes of him discoursing with Decourcy, but there’s plenty going on across the episode for both men.

After pulling the empty armored car out of the drink, the DA team and Rohr have to regroup on their grand jury strategy. Rohr works the angles with the police department while Rachel bends the rules a scoche for the DA’s office.

Decourcy is still bristling from the minister’s accusations after the shooting and gets a surprising bolster. At home, he helps Siobhan navigate a visit from her mom (Gloria Reuben).

Jenny’s had enough of Jackie that she seeks counsel, but doesn’t get the response she hoped for. She does, however, tangentially gain a friendly piece of advice that helps her move forward.

The Ryan boys step back a little in this one. We meet the Ryan parents–Dotty (Cathy Moriarty) and Richy (James Remar)–who get an unwelcome visit from Jackie when Jimmy ghosts on him to pay an equally unwelcome visit to his ex, Corie (played in a fun bit of casting by Mark O’Brien’s real-life wife, Georgina Reilly). That leaves Frankie to deal with a riled Cathy in the aftermath.

First things this first. This. Cast. Y’all. I adore Remar and Reuben so I was very YAS when they popped up in the episode. Second, the episode is terrifically fluid–a lot going on in its 55 minutes but it never feels like too much. Third, Kevin Bacon is having a complete ball. Full stop.

“If Only the Fool Would Persist in His Folly” was directed by Christoph Schrewe (Berlin Station) and written by Emily Ragsdale (a fantastic first script credit). City on a Hill airs Sundays at 10 pm/9c on Showtime. Here are a couple of a sneak peeks of this week;s episode.

Almost Nothing Goes as Planned with Krypton's "Close Danger"

Krypton Redefines the "Will to Power"