Krypton Redefines the “Will to Power” 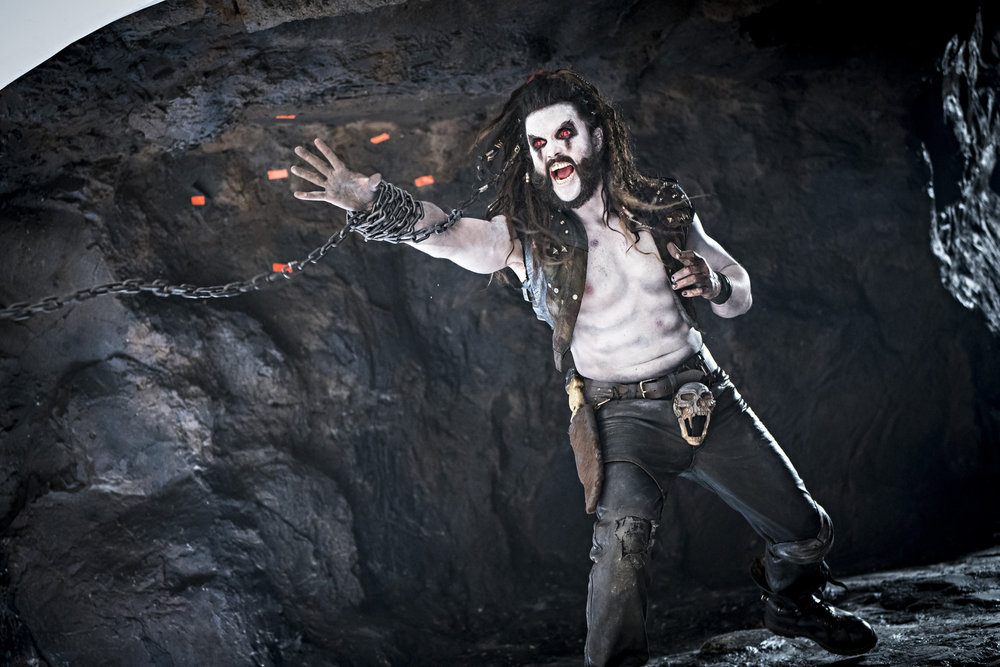 Philosophers tell us that the “will to power” is the concept wherein the driving force of humanity is to subjugate or overcome others.

This is more than sheer force or strength, it is using that greater ability for creative purposes or motivations.

The various plotlines of Krypton here are elegant exemplars of what that “will to power” can look like.

In Colu, there is both an internal and external struggle for power. Internally, Seg and Brainiac face-off in Seg’s mind. I thought we were done with the Phantom Zone for the time being but Seg’s head is apparently one all by itself.

In a bit of a mind-bender, Seg is able to use Brainiac’s own intelligence to discern a solution to the issue of having him in his head. Adam sees a lot of issues with this but it’s Seg’s show.

Externally, we have Lobo still on the chase. I wasn’t too sure about the addition of this guy but when he blows his own head off so he can regenerate from the decapitated limb that made it into the Colu natal chamber, I had to admit he’s got skillz.

He’s a questionable bit of comic relief but he definitely keeps the story moving. And when he does get a bead on Brainiac, the only thing I can think is that a Brainiac-controlled Lobo is going to be RE-DONK-ULOUS.

“Maybe just a little bit but I un-deaded you.” – Adam

In other news, Adam and Seg make it back to Krypton and Adam’s developed a “The Fonz”-like superpower of just pounding on stuff to make it work.

The most interesting bit of backstory lands on Wegthor when Nyssa comes face-to-face with her former lover, Araame (Kae Alexander, Game of Thrones) and uses their old spark to infiltrate the rebellion’s database.

Wegthor was definitely where it was going down for me because we finally get a glimpse of Kem. I’ve missed him.

I’m kind of over the melodrama of Kandor where Dru-Zod spills some emotional insights to Lyta in order to explain his reluctance to utilize her skills. Personally, considering how emotionally unstable she’s become, I’d have a totally different list of reasons for keeping her close.

Whether Dru was being genuine in his interactions with his mother remains to be seen. I’m distrustful of his agenda and suspect he’s still using those around him as pawns in a long-game strategy.

The jury’s still out on Dev and Jayna in the Outlands. Dev wasn’t much to care about in Season One. He was pretty close-minded about a lot of the things Lyta cared about and, when we were still squarely on Team Seg, he was an impediment.

I’m a little confused about his disillusionment with Krypton in general and even more befuddled by his relationship with Jayna. She was his Primus and the mother of his intended. Now, they’re both fugitives from the Sagitari. So… bonding exercise?

There is also the question of Jayna’s extended hallucination of her brother. With Lyta’s recent unpredictable behavior and Dru’s obvious megalomaniac tendencies, it seems as though the House of Zod may have some problematic genetics to deal with.

Krypton airs on Wednesdays at 9/10c on Syfy.

Nashville “Nobody Knows But Me” and “The Storm Has Just Begun”