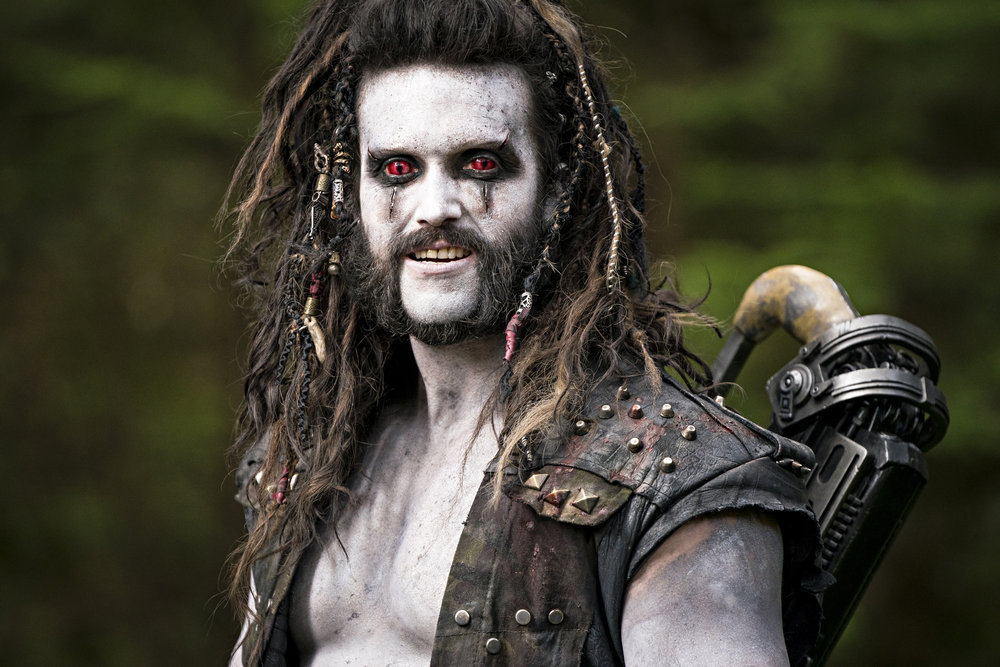 As predicted, having so many plotlines running on different planets makes for an overly busy episode.

In the city of Kandor on Krypton, we have Lyta taking on the role of Primus, training and disciplining the military Sagitari. One of the cadets reminds her of Seg and at first, it looks like she’ll begin a relationship with him on that resemblance. Instead, she beats the crap of out him.

When Dru-Zod comes to unpack the incident with her, it has to be the weirdest son-mother conversation ever. In a lot of ways, he treats her like an unstable element and a incredibly accepting of the strange behavior she’s capable of.

Still on Krypton, but in the Outlands, Jayna-Zod has been wandering with her brother, Vidar. She makes her peace with him, regretting that she left him to die when they were children. When they reach an outpost bar, she bids him farewell and we discover that he’s been a figment of her mind the whole time.

It’s not easy to slip back into society when you were once the highest-ranking member of the militia and Jayna is identified the second she arrives. When Sagitari arrive to arrest her/someone for treason, she is backed up by another past-Sagitari, Dev-Em, last seen dying from Lyta’s shot after being controlled by Brainiac through the Voice of Rao.

On the lunar colony on Wegthor, Jax-Ur and Val-El are rallying the rebels but recognize that their troops need food and rest. Nyssa is sent up the space elevator to be Dru-Zod’s inside agent, her son’s fate hanging on her success. She delivers information to Jax-Ur which seems to be helpful but may actually be a misdirection orchestrated by Dru-Zod.

Way out on Colu, things are getting truly surreal. Lobo’s “shithead detector” was looking for Brainiac. When Seg and Adam wake up, they offer to take him to Brainiac’s body.

There’s an amusing little scene where Lobo can’t believe they don’t know who he is. It appears that his ego may actually rival Adam’s. Awesome.

On their way to Brainiac’s body, Seg says a few things that make it pretty obvious that Brainiac’s hitched a ride. Lobo hand-held detector confirms it and there’s a scuffle which is all Lobo until Adam shoots a canon-ball-sized hole through his torso with Lobo’s own weapon. Only a minor set-back for the bounty hunter/assassin (he just really likes killing people) as he immediately starts healing.

While Seg seems to be in control, he uses his new Brainiac smarts to calculate that it won’t be long before Brainiac takes over. When Adam has the Zeta-beam back, Seg stops him from using it since they can’t risk carrying Brainiac back to Krypton. Either they figure out a way to get him out on Colu or Adam needs to kill Seg.

Krypton airs on Wednesdays at 10/9c on Syfy.

We Need to Know: How Can William Be Stopped on Haven?