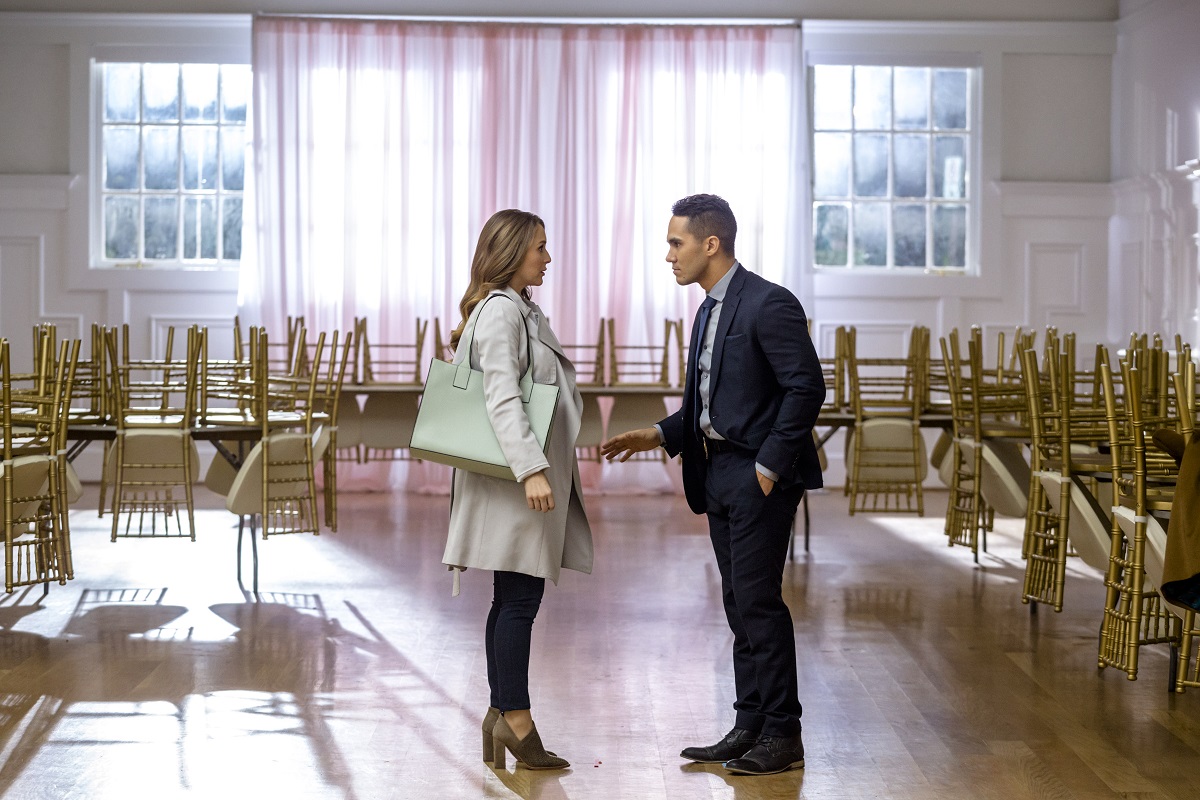 Here’s the formal logline: Small-town wedding photographer Allie (Alexa PenaVega) finds herself in the middle of a murder mystery when the groom, Kevin (Kurt Szarka) is shot dead during the first dance. Suspicion turns to Allie’s brother, Greg (Jon Cor), the ex-boyfriend of the bride, Jenna (Lindsay Maxwell).

Allie launches her own investigation to clear his name. As Allie pours over photographs for possible suspects, she tries to help Sam (Carlos PenaVega), the newest detective on the force, as they hunt for the killer and the missing murder weapon.

The PenaVegas have a fun, crackling chemistry as a woman who inserts herself into an investigation to protect her brother and keeps crossing paths with the new guy in town who’s still trying to navigate the “everybody knows everybody” aspects of small town life.

The awkward, friendly new acquaintances vibe is definitely a setup for movies to follow. The soundtrack is a bluesy throwback to the old school black and white gumshoe murder mysteries. Truly, Madly, Sweetly‘s Ron Oliver directs a script by frequent Hallmark writers Walter Klenhard and Marcy Holland based on a story by Klenhard.

Krypton Has More Than One "Ghost in the Fire"