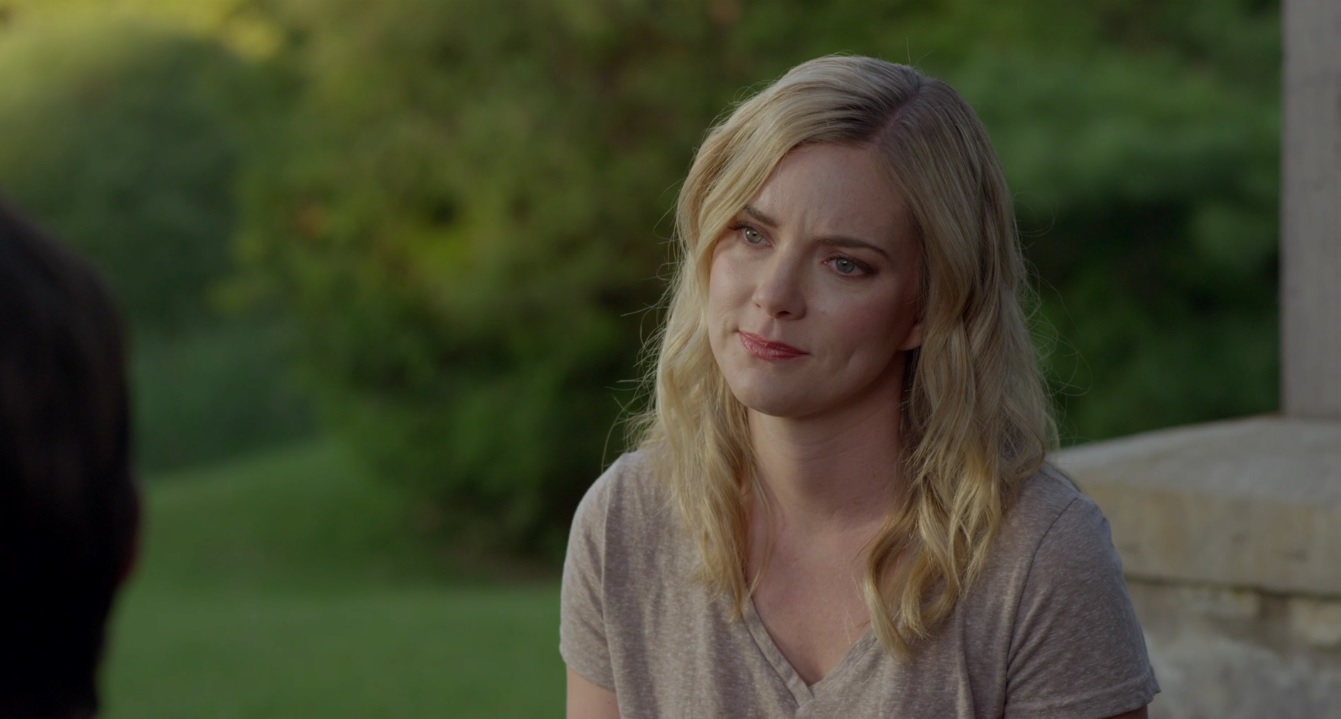 When I spoke with Cindy Busby last month for The Killer Downstairs, we also chatted about two of her other projects—My Mom’s Letter From Heaven, which premieres Saturday on Lifetime, and Autumn Stables, which is streaming now on Hallmark Movies Now and Amazon Prime. Both films address grief and healing, and Busby loved working on them.

My Mom’s Letter From Heaven stars Jordyn Ashley Olson (Legends of Tomorrow) as a teen spiraling in the years after the death of her mom (Busby) until she receives a lost letter that helps put her back on track. Busby’s Date My Dad co-star, Barry Watson, and Hallmark favorite Karen Holness also star.

“I was able to play a little part in this movie. I’m really happy to play the mother,” shares Busby. The reason I really wanted to be a part of [it] was I got to work with Barry Watson again, and Michael Scott, who directed episodes of Date My Dad, and one of [our] producers, so it was a nice reunion.”

“I’ve been really, really blessed to work with such supportive, incredible people in the industry who welcome me back with open arms, which is such a gift. I’m always jumping for the opportunity when I can work with people I know.”

“It’s all about relationships, and when you love somebody, you want to work with them. For me, it’s an easy choice. That’s what I got to do with My Mom’s Letter From Heaven. To work with Barry again in such a different story and as different characters…we got to play husband and wife in this.”

I got to work with the one and only super awesome @realbarrywatson again in “My Mom’s Letter From Heaven” premiering this Saturday April 20th 10/9c on @lifetimemovies check it out! #tearjerker have that Kleenex handy! Set your VHS! #lifetime Directed by: @mm_scott Produced by: @reeloneentertainment

“It’s such a beautiful, moving story, and it’s heart-wrenching and it’s a story of grieving and growing together. I’m very excited for people to see it and I think people are going to see Barry in a beautiful, vulnerable light. He’s so talented. I was just blown away.”

Autumn Stables is the story of Autumn, a young widow and former horse trainer who’s faced with new life choices when she finds herself unable to maintain the horse ranch she ran with her late husband. A too-good-to-be-true offer from an interested buyer, Jake (WCTH‘s Kevin McGarry), turns out to be exactly that, but then it becomes something much more than business for both of them.

Busby was thrilled to return to her Heartland roots in a Valentine for the fans of that show, which just wrapped its 12th season. “I was on Heartland for years and to play a character who’s owning a stable and working with horses, that was an homage and gift to my fans, and Kevin was and is on Heartland but we never worked together,” she explains.

“For us to combine forces for the fans, it was so awesome. He’s an incredible human being and such a great actor. We had an immediate bond. He felt like a brother. He’s charming and funny and that shows up on screen.

“The horse culture is massive. I really love that movie because it about growth and falling back in love with yourself and with someone after you’ve had extreme loss. Where do you go when your whole world blows up and how do you move past that?”

“I think it’s a really beautiful story about second chances. The imagery and cinematography is beautiful and the characters are fantastic. I loved it. It was a perfect project for me at the time and another character I really, really fell in love with.”

“I didn’t grow up with horses but as soon as I booked Heartland, I took lessons and continued while I was on the show. I have a huge appreciation for that world. Horses are magical beings who are so strong. I love them. I know how people are so obsessed with horse culture. Once you’re in it, you’re in it. I wish I had been in it at a much younger age.”

My Mom’s Letter From Heaven airs at 10 pm and 12 am ET Saturday night on Lifetime. Autumn Stables is streaming on Hallmark Movies Now and Amazon Prime. Here are sneak peeks of both.

Images and video courtesy of Lifetime and MarVista Entertainment.

Previewing A Discovery of Witches: Episode 3