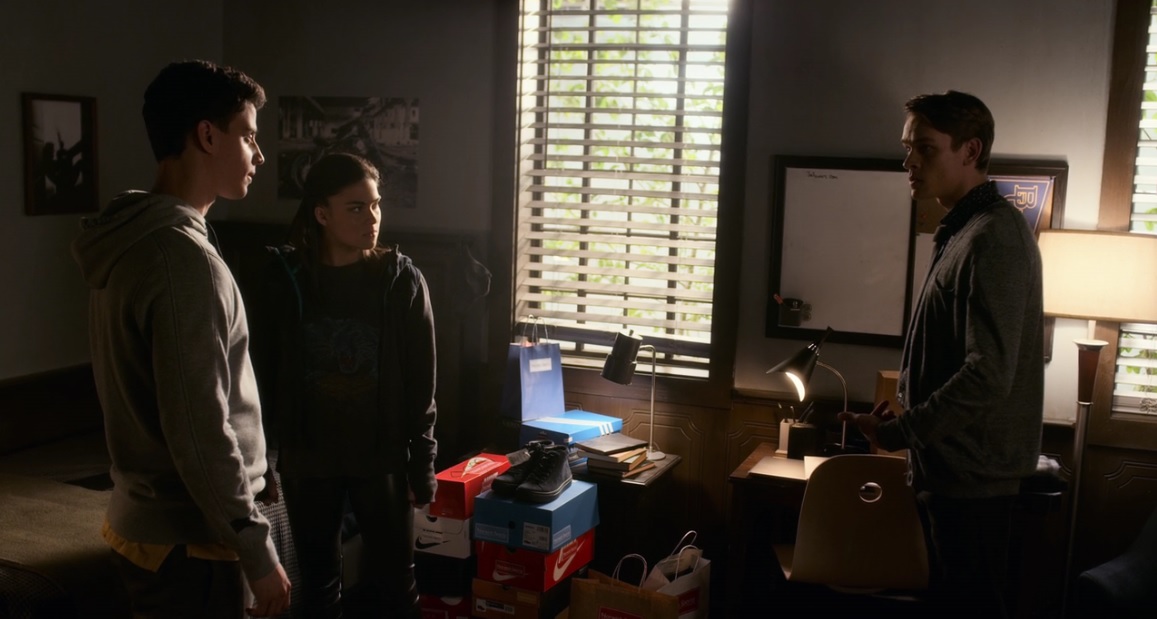 After this past week, I’d recommend a healthy dose of escapism TV and luckily Netflix is obliging with the new supernatural-themed, secret-society-in-college series The Order. You can catch my interview with executive producer Rachel Langer and part one of my interview with showrunner Dennis Heaton here. In the second part of our chat, Heaton talks about assembling his creative team and cast.

Heaton turned to former colleagues and rising talent to build his writers room, and to Motive and Ghost Wars. alumni for his directing team, each of whom took two episodes a piece. “With the writers room, it’s the combination of, ‘Who I have I worked with who I know can do the job and who haven’t I worked with who I want to run with and see how it works,’” he explains.

“I’ve known [executive producer] Shelley Eriksen 20 years. We’ve met when she was story editing Fido with another company that had optioned it. And then she hired me for a show she was showrunning called Show Me Yours, so this is like payback She’s one of those writers I click with and it’s fun to spitball with her.”

“That’s what you’re looking for when you’re meeting with any writer. Are you going to have fun with that person? Because you’re going to be sitting in a room together as much as a 12-14 hours a day. I worked with Rachel Langer on Ghost Wars and I knew she’d bring a lot to the table. I’d worked with Jennica Harper on Motive.”

“I’d never worked with Penny Gummerson or Jason Filiatrault but they both had spec scripts that were worlds apart in style and tone and both were two of the best scripts I had read in a while. Penny had this feature called Wawatay. It’s a family homecoming story and it was a beautifully rendered feature.”

“Jason had a half-hour comedy script that he’d actually won a script competition at Just for Laughs with called Tracy and the Unicorn and it was one of the singular funniest scripts I’d read in years. So, I wanted to work with them. It was that great thing of everybody getting together and meshing and the room just starting. I was really excited to get in a room with them.”

Heaton went to directors he knew and trusted to helm The Order‘s first season. “It’s a roster of directors that I’d worked with before and I had great relationships with all of them,” he says. David Von Ancken did the pilot of Ghost Wars. [I knew] Kristin Lehman from Motive. Rachel Leiterman had been my Assistant Director on Motive.”

“And Leslie Hope [worked on Motive] and Mathias Herndl [directed several episodes of Motive]. They’re all such great directors and they all bring something different to the table, which always makes me excited. I think that shows in each of their blocks. Each one has a very different directorial tone which shines through.”

Heaton’s leads, Jake Manley and Sarah Grey, came through the casting process, and Katharine Isabelle was someone he wanted to work with, but the penny didn’t immediately drop about her werewolf cred. “Sarah was in Vancouver and she came in and auditioned and she just nailed it right out of the gate,” he recalls.

“Jake was one of those big casting nets bring thrown out to LA, Vancouver, and Toronto, and we really just went through everybody we could find until we found the perfect Alyssa and Jack, and from there the casting fell into place. Katharine Isabelle is great. I loved her in Hannibal. I don’t think [Ginger Snaps] was in my mind when I cast her, and then [I remembered], and thought, ‘This is good!’”

There’s also fun wink nod casting with True Blood’s shapeshifter Sam Trammell, and for #cdntv fans like me, you’ll love the who’s who nature of the show, which filmed in Vancouver and on location at the picturesque UBC campus. My stand on the couch and grin like an idiot moment was having (my) Ian Tracey pop up in episode 8 (no spoilers) and share the screen with Max Martini. They played brothers almost 20 years ago on the show that started me down the Canadian TV rabbit hole, Da Vinci’s Inquest.


The Order is streaming now everywhere on Netflix. It’s a ton of fun and I’d definitely recommend you watch it spoiler-free and go along for its sometimes heartfelt/sometimes creepily terrifying/sometimes bonkers mix of storytelling. I had a fantastic time watching it.

On Deadly Class, Survival Depends on "Kids of the Black Hole"