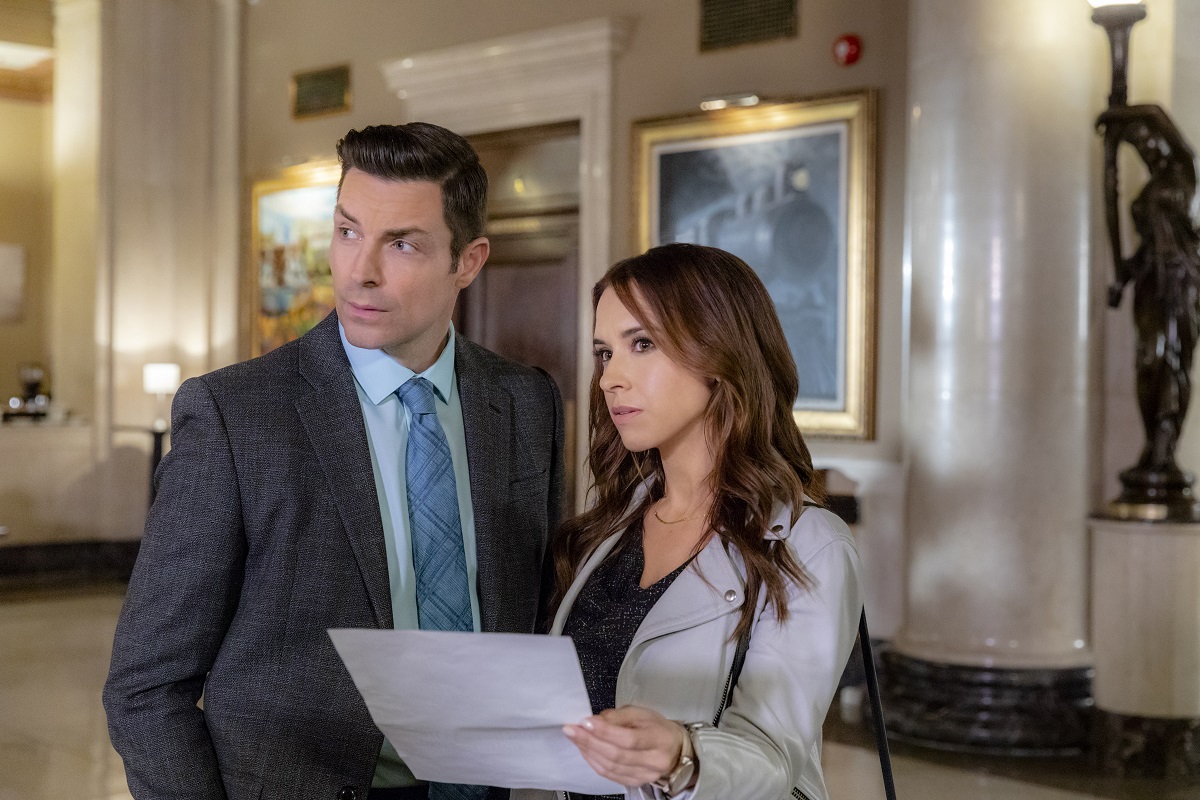 The Hallmark power pairing of Lacey Chabert and Brennan Elliott reunite Sunday night on Hallmark Movies & Mysteries for the fifth time as co-stars and the second as co-executive producers in the debut of the new Crossword Mysteries film franchise, A Puzzle to Die For.

At the beginning, channeling their bristly vibe from the first All of My Heart, Chabert and Elliott play crossword puzzle editor Tess Harper and detective Logan O’Connor, who cross paths when he investigates the murder of an art gallery owner who was a close friend of her aunt, Candace (Barbara Niven). Tess is insatiably curious, whipsmart with the word play, and drawn into the mystery when the victim is found with her crossword is in his pocket.

That combination is initially hugely irritating to the by-the-book Logan, who is out to prove his worth on his own given that his dad, Chauncey (John Kapelos), is the police chief. At first dismissive of her insight, Logan realizes it might be pretty useful when she starts to piece things together that he didn’t see. From there, they spend more time together on the case, and start to soften up toward each other.

Don McCutcheon directs a script by Gregg Rossen & Brian Sawyer based on their story with New York Times Crossword Editor Will Shortz (who cameos and is shown in in the second photo above). The film is a solid first outing to set the stage for the dynamic of core four–Tess, Logan, Candace, and Chauncey. The always crackling chemistry of Chabert and Elliott–whether they are fighting, laughing or bonding–is fun to view through the lens of a new story and new characters. Their fans will definitely be eager for the next installment.

Crossword Mysteries: A Puzzle to Die For premieres Sunday night at 9 pm/8c on Hallmark Movies & Mysteries. Here are a couple of sneak peeks.