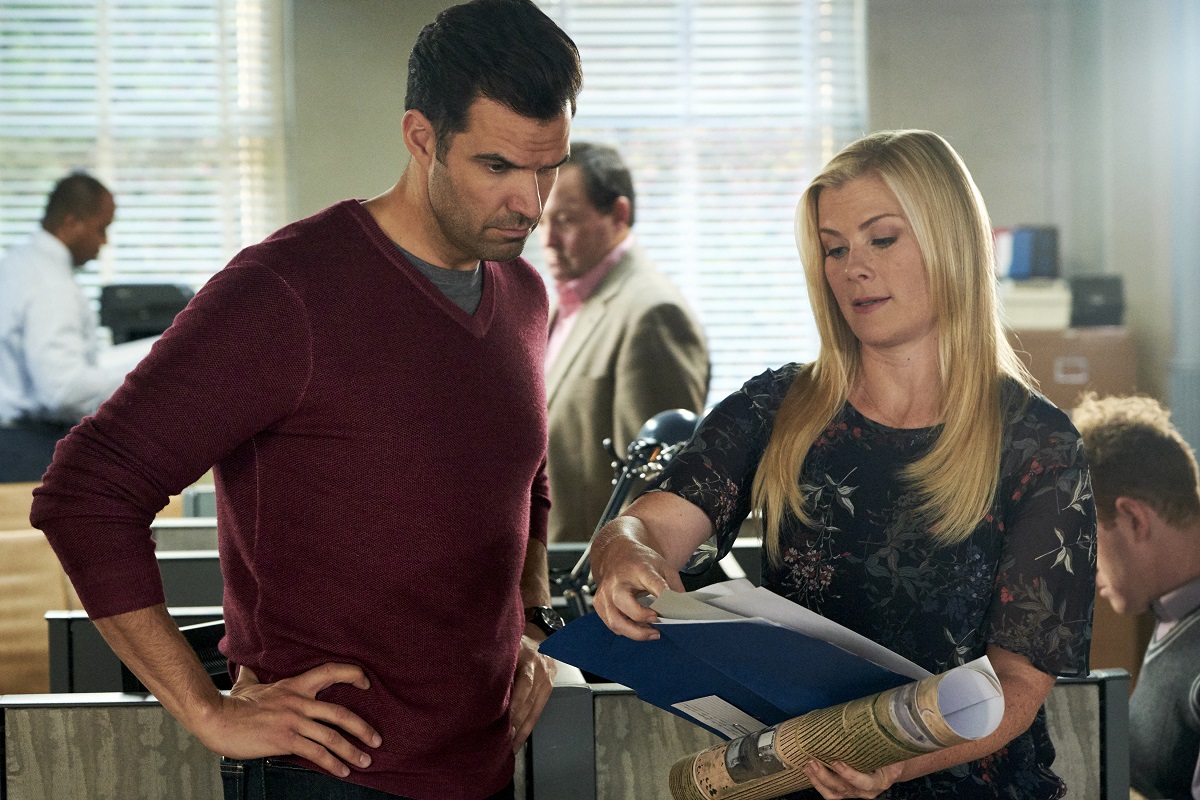 Sunday night, in the final installment of the first three Chronicle Mysteries movies, Alex and her team of intrepid reports venture to wine country to help Eileen solve the murder of a friend. It’s another solid outing, three for three, which I love.

Eileen, Alex, Drew, and Chuck hit their stride working together in this one, and make a formidable team, dividing and conquering clues. It’s a terrific evolution of the ensemble that gives everybody equally–Alison Sweeney, Rebecca Staab, Benjamin Ayres, and Dave Collette–a ton to do. The case at hand involves the patriarch of a vintner family who seemingly died in an accident but Eileen doesn’t buy it.

Alex makes it the subject of her next podcast and she pretty quickly has a handful of suspects, hence the divide and conquer. Back at the office, Miles, Hearst, and Kendall work back up for them, and run interference. Look for Hallmark familiar faces Malcolm Stewart (who’s also in Just Add Romance this weekend) and Pippa Mackie (Murder She Baked: Just Desserts) and Another World royalty, Linda Dano.

It’s a great “season” finale to our intro to these characters, and definitely hooks us into wanting more of them and their stories. Well, played! David Weaver directs a script by Kraig Wenman & Melissa Salmons. I look forward to the next batch. The only downside is that because HMM has a full slate of mystery franchises, it might be 2020 before we get them. I hope not, though.

Chronicle Mysteries: Vines That Bind airs Sunday at 9 pm/8c on Hallmark Movies & Mysteries after encores of Recovered at 5 pm/4c and The Wrong Man at 7 pm/6c. Those links also take you to my exclusive two-part interview with Alison Sweeney. You can follow the series on Twitter and Instagram.

Deadly Class Raises the Stakes as "The Clampdown" Starts

Finale Preview: Does Alicia Finally Choose Will on The Good Wife?