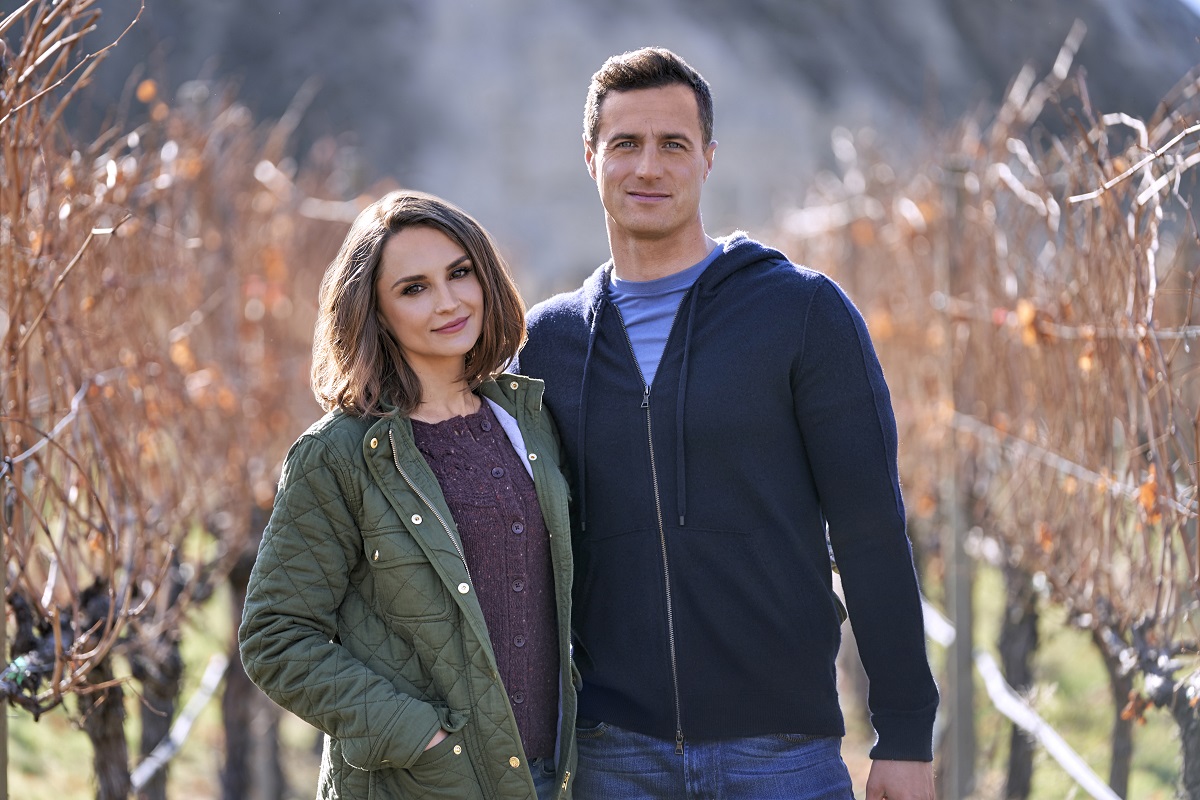 Rachael Leigh Cook and Brendan Penny are back in the vines Saturday night on Hallmark Channel for their third pairing in Valentine in the Vineyard.

A follow-up to 2017’s Summer in the Vineyard and 2016’s Autumn in the Vineyard, the latest installment is a bit of a romantic quartet filled out by the returning Marcus Rosner and Tegan Moss. Frankie (Cook) and Nate (Penny)–and of course, llama Mittens–are a year past the blockbuster launch of their Sorrento wine and have already expanded their business. They’re semi-confident in that decision, but it’s also created new stressors for the couple.

The personal side of their relationship is going strong–they’re engaged within the first five minutes of the new film, but their joy is short-lived when Lexi (Moss) and Marco (Rosner) drop the news that they are engaged. Rather than be all, “hey, funny story, so are we,” about it, they keep their news under wraps, and it starts to weigh on them.

Their competitive egos are stoked, too, when Lexi and Marco talk about acing a compatibility workshop. Frankie and Nate don’t do so well, and which leads to second-guessing themselves and each other and making missteps because they’re preoccupied.

That doesn’t stop them from pressing forward on sweet Valentine’s Day surprise gifts that show just how compatible they actually are for each other. The rest of the movie follows the four-week run-up to the wedding as both couples tackle logistics and jitters before finally seeing what’s most important.

Terry Ingram takes over from Martin Wood, who directed the last film, directing a script by Rick Garman, who’s also new to the series. It’s based on Marina Adair’s Need You For Keeps.

Cook and Penny continue to be a fantastic duo, and while we know they’re going to be just fine, it’s entertaining to watch them spin up about things they can totally handle. The way they work together is a big part of their charm. The returning cast fall easily back into their camaraderie, and Rothery, Smith, and Bennett are terrific additions to the cast.

Valentine in the Vineyard premieres Saturday at 8 pm/7c on Hallmark Channel. Here’s a sneak peek. If you missed the first two films, they will air on the 12th and 13th at 10 pm/9c