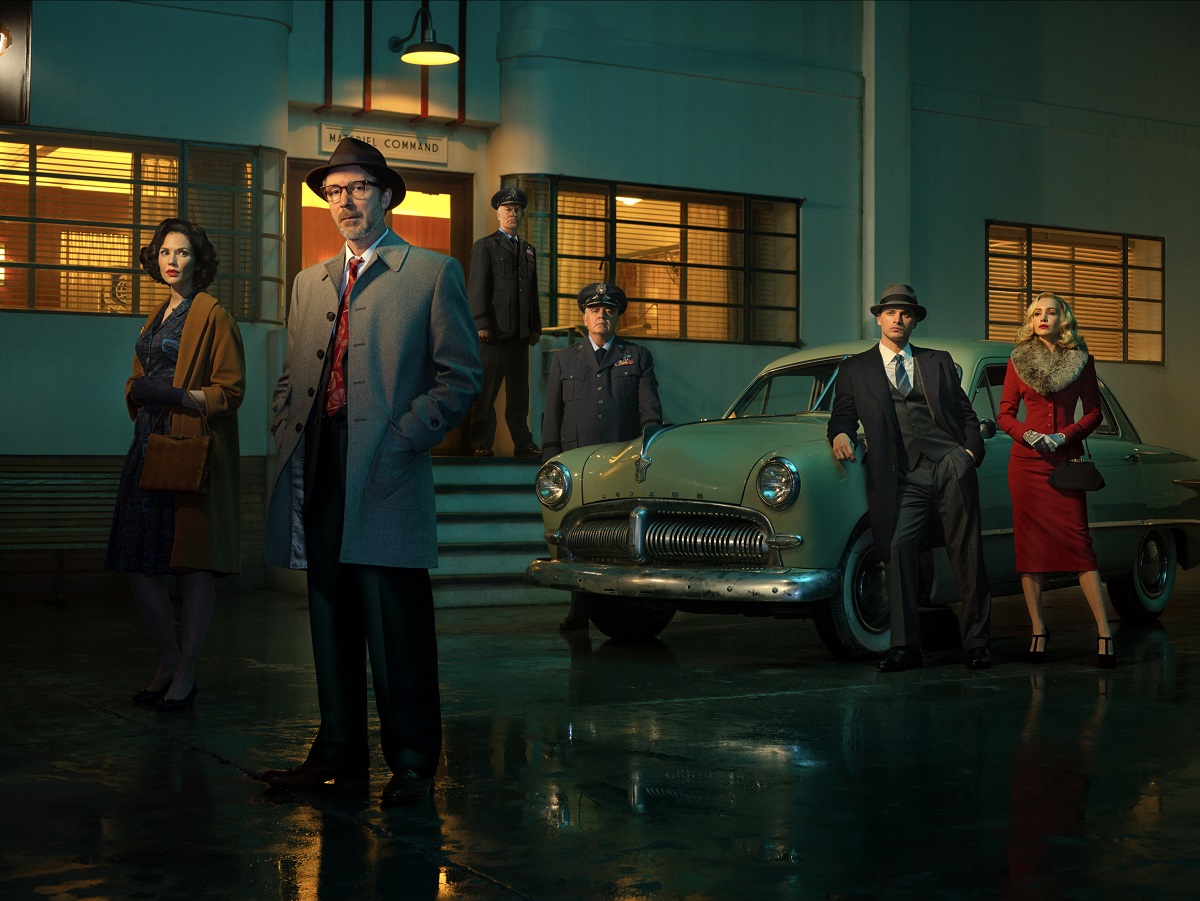 HISTORY rolls out is newest prestige drama Tuesday night with Project Blue Book. Robert Zemeckis produces the alien-themed, set-in-the-50s, inspired-by-a-true-story drama that explores the actions of the Air Force to tamp down conspiracy theories by debunking them with science.

Michael Malarkey (The Vampire Diaries) plays Air Force Captain Michael Quinn, who’s tasked by Neal McDonough‘s General James Harding to calm the public’s fears of UFO sightings and the Hollywood-ing of alien stories by finding an ally who will root out plausible fact-based explanations for the occurrences that would typically get a tabloid spin.

That expert is Aidan Gillen‘s Dr. Allen Hynek, an astrophysics professor testing the boundaries of his department who accepts the challenge to travel the country and essentially prove the science behind UFO-type things as they pop up. Of course it soon becomes pretty clear that maybe everything can’t be so easily explained away.

Allen’s wife, Mimi, is played by Van Helsing‘s Laura Mennell, and she strikes up a friendship with Susie Miller (Lost Girl‘s Ksenia Solo), who has more than a passing interest in her friend’s husband’s professional activities.

The show was filmed in Vancouver and includes a heavily Canadian supporting cast, including my Ian Tracey, who recurs as a silent, shadowy fixer. His employer isn’t completely clear.

It reminds me of the early days of The X-Files when Mulder was wrapped up in abduction theories and whatnot. The setting of the show in the early 50s, right after World War II, is intriguing because it’s before the rise of the Cold War and predates a lot of the real-time technology that could quickly disseminate word-of-mouth and hearsay beyond local audiences, so there was more time to do damage control.

The show is much more character-driven than procedural, and moves very carefully and methodically in terms of its pacing, but also includes bursts of action sequences that bring Quinn and Hynek to the scene to investigate.

Project Blue Book begins its ten-episode season Tuesday night at 10 pm/9c on HISTORY. Here are a couple of sneak peeks.

All photos Courtesy of HISTORY.