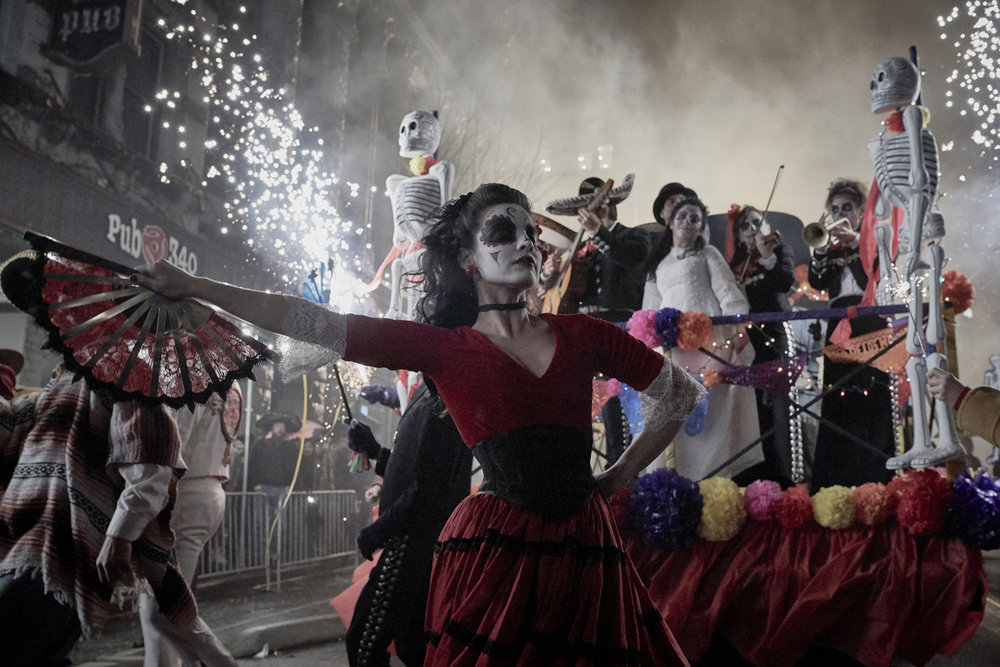 Ahead of its January 16th premiere, Syfy dropped the pilot episode of its newest graphic novel adaptation on December 20th, aired it on December 30th, and has left it available for streaming. But, still, I guess I should still mention:

The cast is chock full of superhero credentials from Benedict Wong (Doctor Strange), the head teacher of King’s Dominion, to Lana Condor (X-Men: Apocalypse), the unattainable Yakuza princess, to Henry Rollins (Batman Beyond), the Poisons teacher.

Don’t come in expecting Marcus to find his feet quickly. King’s Dominion is a school with über-cliques. Your usual Jocks vs. Nerds rivalry is Sesame Street-level compared to the love lost between the legacy factions present in the worst-lit cafeteria ever:

This leaves Marcus to hang with the “Rats,” kids without family connections to the underworld or politics. He buddies up reluctantly with Billy (Liam James, The Family) Petra (Taylor Hickson, Aftermath), and Lex (Jack Gillett, Legends of Tomorrow) who hang out on the roof.

Between being played by the abused girlfriend of Chico (Michel Duval, Queen of the South), the head of the Soto Vatos, and doing the homework for Willie (Luke Tennie, Snowfall), the head of the Final World Order, Marcus has his hands full with a curriculum he certainly never thought he’d sign up for and extracurriculars he knows no one in their right mind would even contemplate.

The visuals of Deadly Class are impressive and intimidating. The school is as ostentatious as it is dilapidated. The cinematography is simultaneously elegant and edgy. The use of animation in the pilot to flashback to Marcus’ childhood trauma really brings the Kill Bill vibe to the forefront.

To round out the sense of this world is its placement in the 1980s, the peak of yuppy-ism and gross consumerism. Marcus’ personal kill goal is just so on point that I cannot wait to see how that plays out.

Deadly Class officially premieres on Syfy on January 16 at 10/9c.