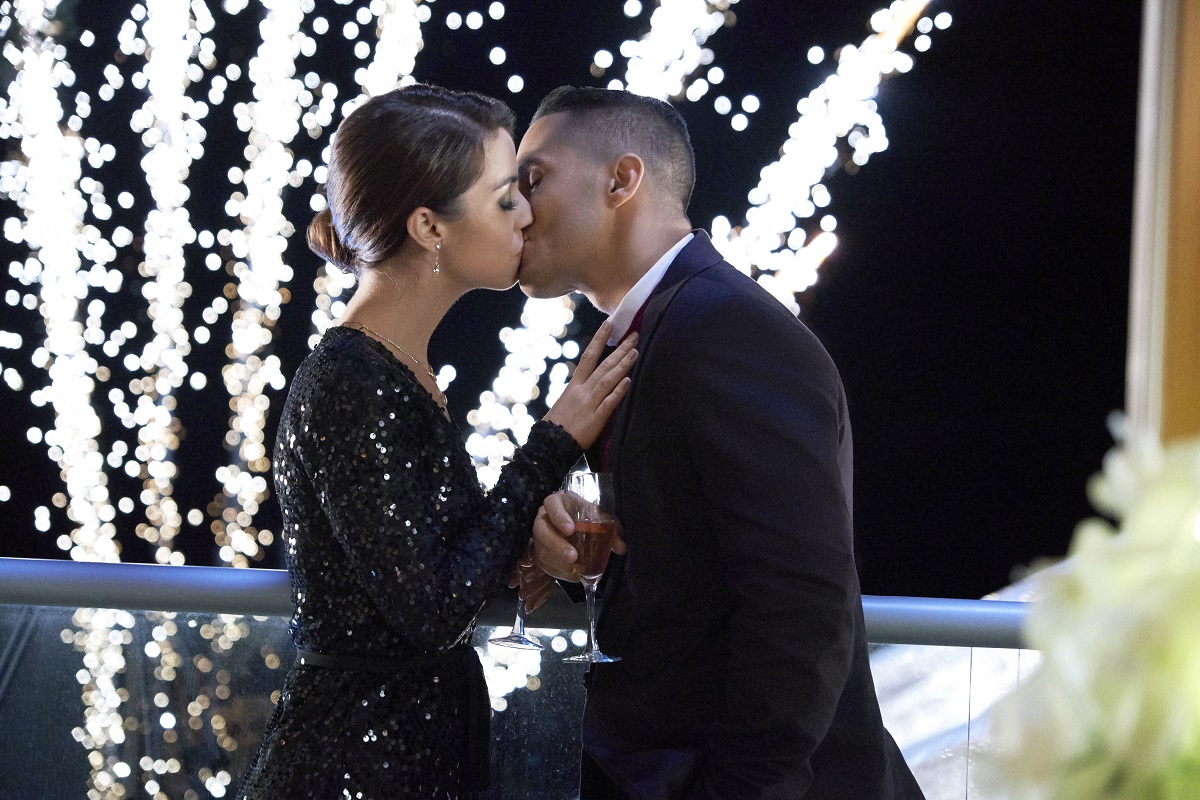 David is Jake’s former college roommate, a rising documentarian who’s in town for a meeting while awaiting word on a grant that will send him to China for a year. Mia and Jake are newly running their family business on their own after their parents (Cameron Bancroft and Jessica Steen) retire following one last Christmas event. When Jake is injured, leaving Mia to get the party together on her own, David is roped into helping.

On the face of it, Mia is up to the challenge of the Pearson family foursome converting to a duo, and looks at the last-minute New Year’s Eve party as a great networking opportunity for their company. That is until she spends pretty much every waking hour with David and he makes her look at whether the family plan is really her plan.

I really liked Kane and PenaVega together here. The romance piece of the story feels a little imposed upon the couple as something others see before they see it, but that’s a minor nit. While Mia and David share a love of filmmaking, they also look at the world through different lenses, until they’re given a rushed-for-time opportunity to see how the other’s perspective has merit, too.

PenaVega has become a Hallmark regular in recent years, most often co-starring with his wife, Alexa PenaVega, who had her own Christmas movie last weekend with Christmas Made to Order. This is Kane’s first original made-for-Hallmark film, but an earlier project, The Big Grab (also known as Can’t Buy Me Love), repeats now and again on Hallmark Drama, so viewers who didn’t watch Reign may recognize her from that.

Bitten‘s J.B. Sugar directs a script by Seth Grossman and Michael Larkin based on a story by Grossman. Sarah Troyer, who starred in last weekend’s Hometown Holiday on UP Television, also stars as Jake’s wife, Lori. This is a sweet, light film to close out the marathon two months of holiday movies before Winter Fest begins next weekend. A preview of those films airs immediately after the movie.